The recent election has sparked protest marches everywhere. And where there are protests, there are signs. Some prefer their signs straight to the point and opinionated, others are witty or funny, some are crass and in your face, and then there’s the bookworm — their signs are unmistakable.

No matter where your political interests may lie, here are eight bookish protest signs that are sure to make you chuckle a little.

1. The Librarians Are Marching

Things must be really bad when these guys hit the streets. We’re marching with you, librarians! 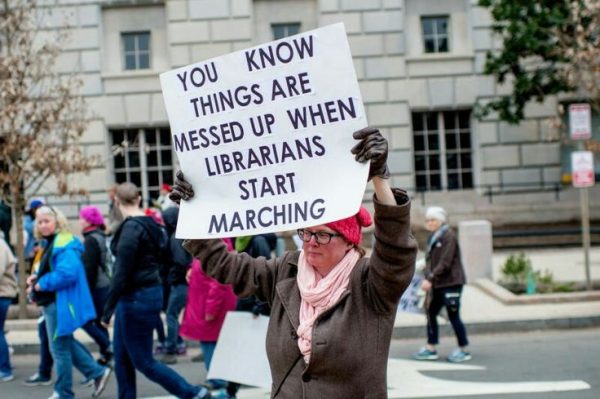 This pro-lifer holds a sign paying homage to the Harry Potter series by J.K. Rowling. Well, she has a point there. 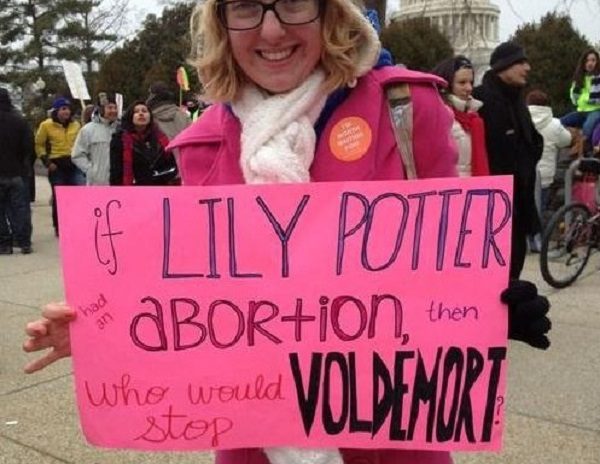 A tribute to Margaret Wise Brown, This Goodnight Moon protest sign is a clever rendition of the children’s book. I think the “Trump & Pence Publishers” was a nice touch. 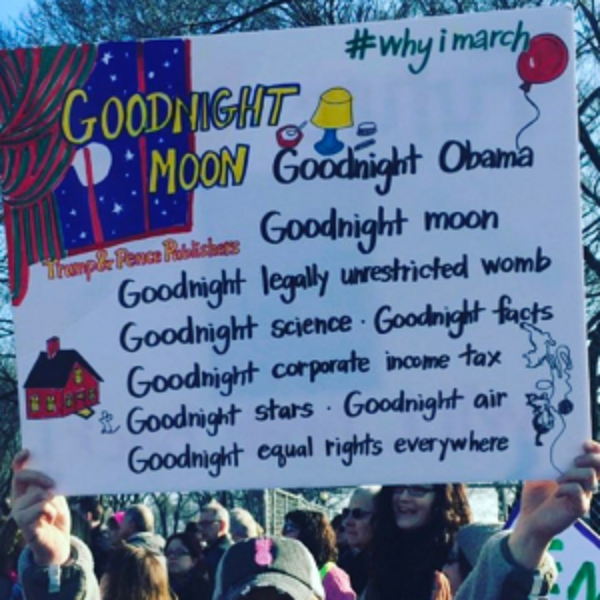 This protester found an amusing Mary Poppins theme for his sign. So good, you almost can’t help singing while you read it. 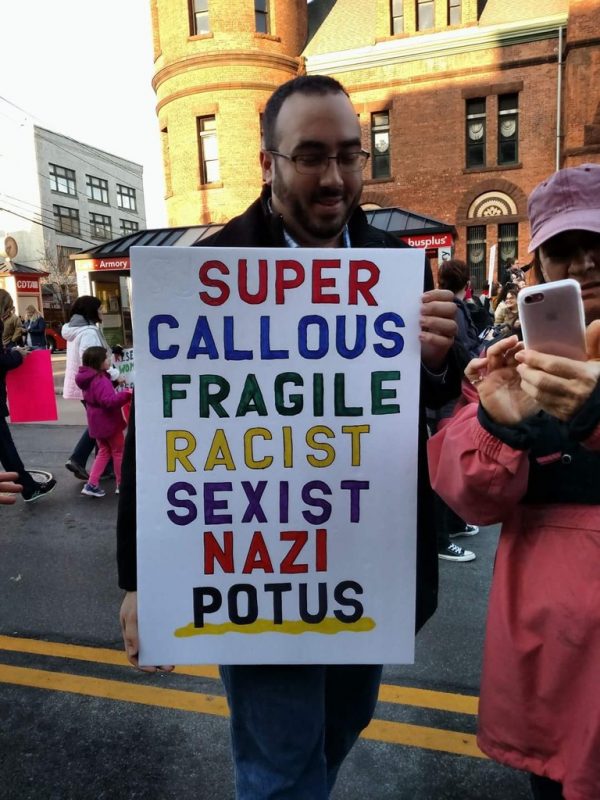 I’m not sure what all these people are protesting, but I’m digging the Where’s Waldo? sign. I don’t see him there, but maybe he’s hanging out at the local bookstore? 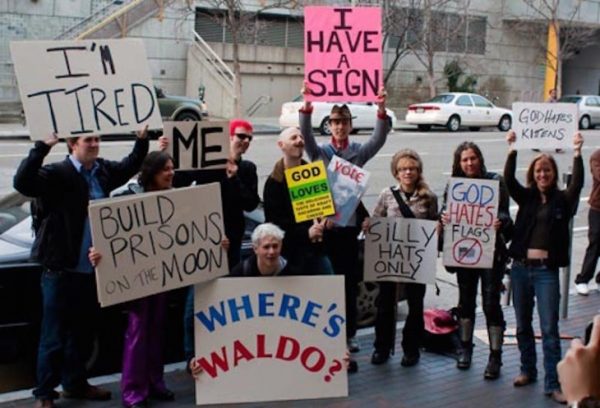 I wonder if Dr. Seuss would be proud of this Cat in the Hat-esque, Anti-Trump poster? I think it’s rather inventive. 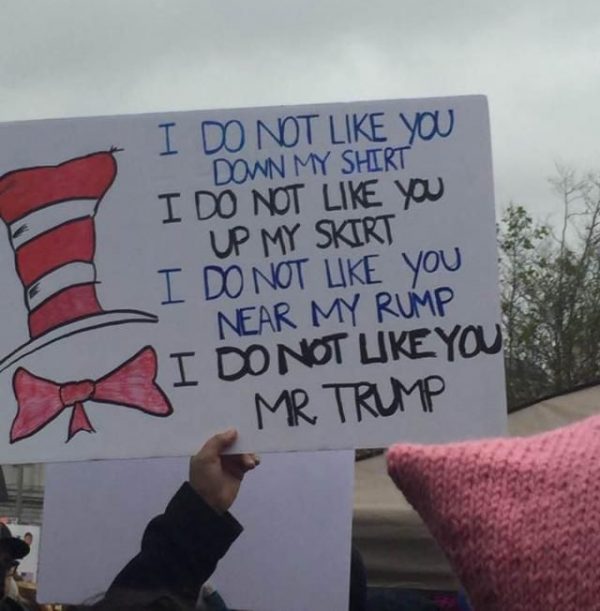 Another Harry Potter tribute, this poster reads, “Dumbledore’s Army — We must all face the choice between what is right and what is easy.” This is a truth applicable in all facets of life, not just politics. 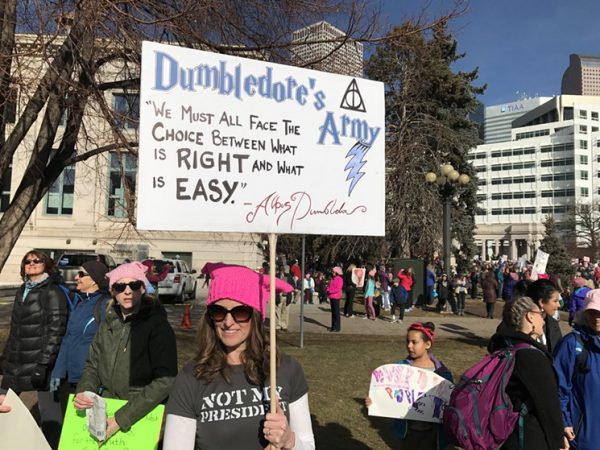 This sign was spotted at a sporting event but this book-lover found a way to protest anyway. Hey man, I’m with you on this one. Quit blocking libraries! 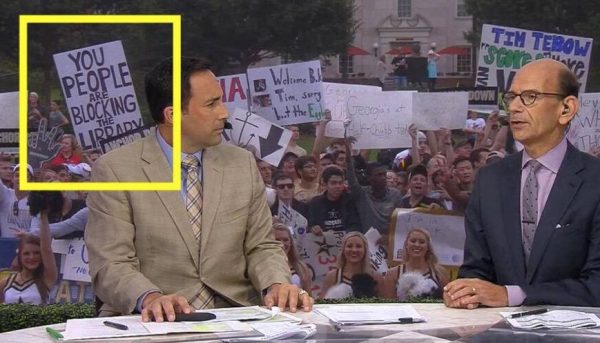 These are just some of the more interesting book-related protest signs I’ve found. Got an idea for a great bookish protest sign? Share below!