Those that grew up loving the whimsical, quirky, fantastical world of Dr. Seuss may be surprised to learn of his unknown hobby: taxidermy. 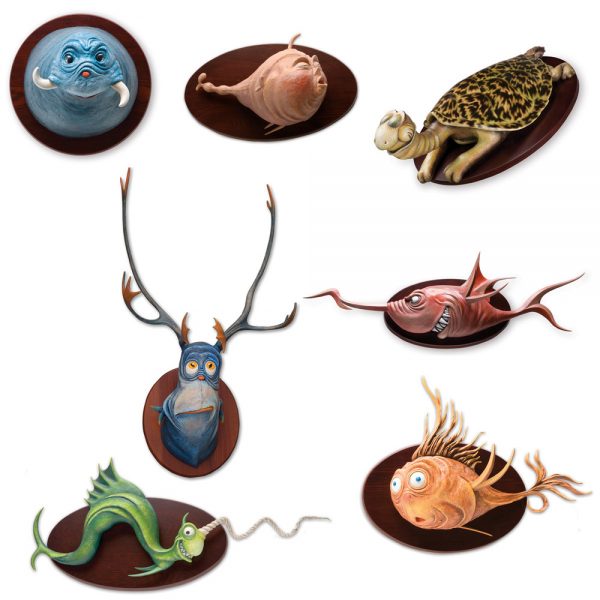 Having grown up frequenting the Springfield Zoo with his sketchpad and pencil, Theodore’s trips to the park became an instrumental part of his future career as a writer and illustrator. These beloved trips to the zoo became the foundation on which he built his animal-like critters. But it wasn’t until much later when his father became the superintendent of parks that this artistic side of Seuss took an unusual turn. 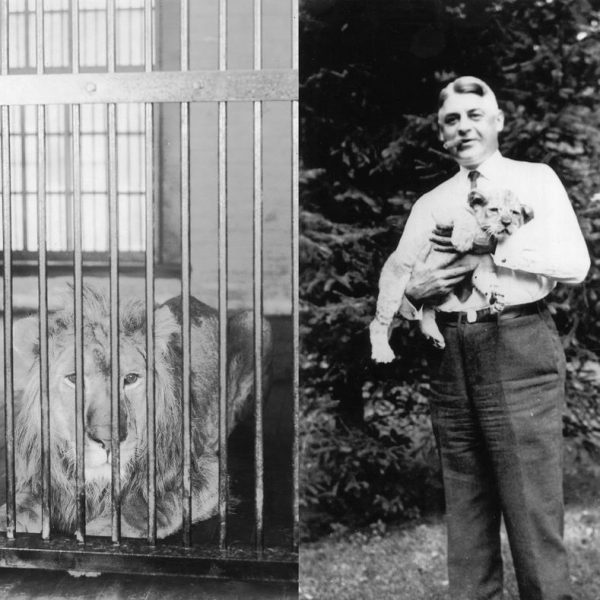 Whenever an animal at the park passed on, Seuss’s father would ship parts of the animal — a horn, a bill, a set of antlers — to Seuss’s New York apartment where he would sculpt his curious characters using these magnificent remains from the animal kingdom.

The result was a total of 17 Seussian sculptured creatures that defied classical taxidermy tradition. Sculpted in the 1930’s, these unusual taxidermic animals preceded his publishing credits and became talk among more than one magazine. In regards to the sculptures, Look magazine in 1938 described Ted Geisel, “The World’s Most Eminent Authority on Unheard-Of Animals.” Some were less positively impressed; one reporter for The Springfield Union privy to the sculptures from their inception, described Seuss’s apartment full of taxidermy by saying: “They have a charming apartment on Park Avenue, New York, but it is so filled with his animals that I am apt to have a nightmare whenever I visit them.” 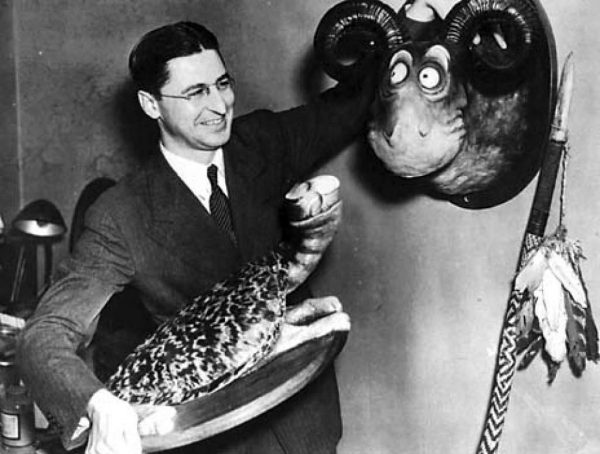 It’s no doubt that the oddball animals that inhabit Seuss’s books create a unique and chimerical element that words simply couldn’t do justice. (Let’s face it, could one really have envisioned anything close to the iconic Cat in the Hat without the visual?) His sculptures set iconic Seussian creatures prevalent in his books into a three-dimensional delightful, visual experience for Seuss fans everywhere.

Pieces of the “If I Ran the Zoo” collection can be purchased through private sellers. For those unable to shell out the exorbitant prices required to own a piece, you can view the exhibit. Check out the schedule here.