Besides that, Replica is about clones, and as an unofficially official member of Orphan Black’s Clone Club, anything about clones is going to pique my interest. So with the clones and the flip book format, what could go wrong? Some things. The answer is that some things went wrong. But not everything, which is why I feel so split about my reading experience. 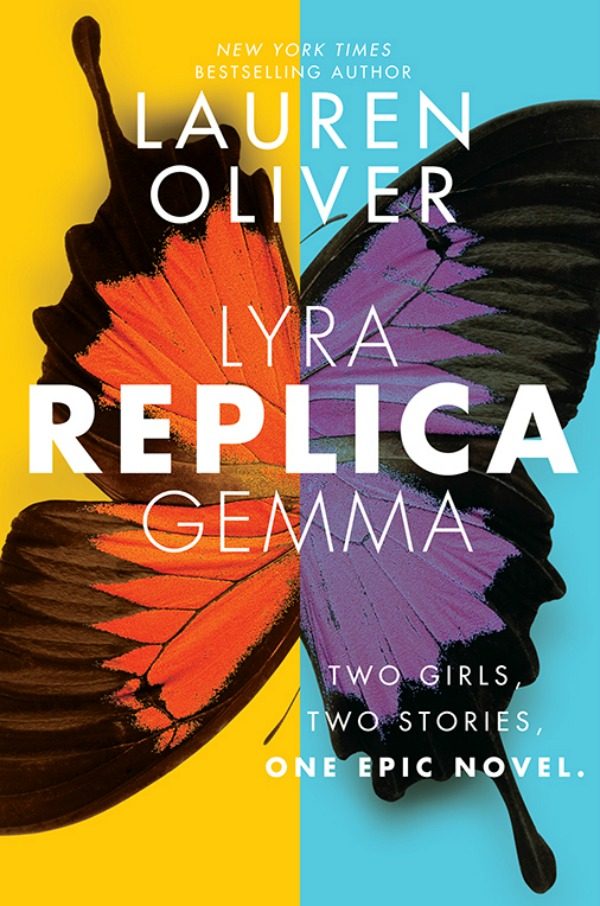 Oliver gives us a unique reading experience by telling a complete story two times in one book, while creating a third plot as you weave both girls stories together. One is a clone, raised in captivity, while the other is a normal, albeit, sickly girl. It’s a format that can be read any way you want, and because I had an eARC (provided kindly by Harper Collins for review) I think I was at a bit of a disadvantage, as it wasn’t easy to flip back and forth between stories, meaning I read one after the other. This created its own pros and cons. On one hand, I really got to get in each girl’s head, though on the other hand, I felt like I had too much time in each girls head.

Though I found myself interested in Lyra’s story, I had a harder time with Gemma’s, and I think flipping back and forth would have helped. That being said, I felt like Lyra worked as a character, while Gemma felt kind of gimmicky, and I hate saying that, because she deals with body image issues, which I feel is important, but it was written about in a way that didn’t connect with me, and instead made her feel like that’s all there was to her character. I just wish there would have been more to her.

Also, I felt like the big reveals weren’t shocking enough. Once again, I feel like this could be because of the way I read the novel. When all’s said and done, Replica is still a book I would tell people to read, but I’d also tell them that it should be read in actual book form, as reading options are slim otherwise.

Other Books With Strange Twists: