Librarians are smart. Everyone knows that. And being smart usually means you’re a fast thinker, too.

After the tragic sniper shooting in Dallas that killed five police officers on July 7, people from Dallas and around the country began to pay tribute at the Dallas Police Department to the fallen officers by leaving notes, flowers, and various other items. 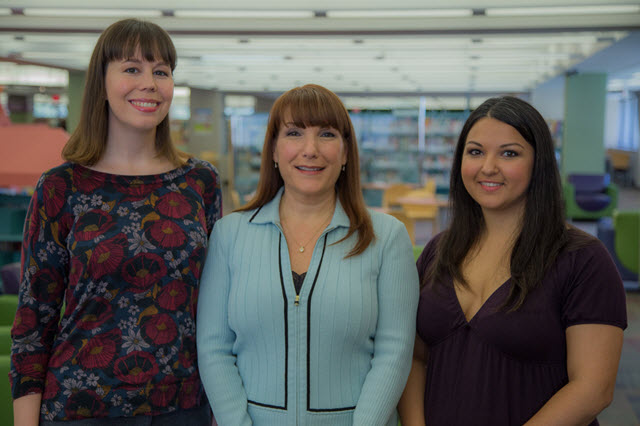 It came after a hard summer rain threatened to destroy some of the more delicate tributes left by the public outside the Dallas Police Department’s headquarters.

Dallas Public Libraries director Jo Giudice was particularly concerned about any paper items, such as letters and notes. She said this:

“I was just listening to the news and I heard thunderstorms and I was just like, ‘Ahh! Paper and water don’t mix.”

Early Friday morning, Giudice and her staff rushed to the police headquarters.

“Historically, that’s what we do,” she said. “We archive the history for the city and we knew we would do this but today we ended up doing it a little faster than we thought.”

In the photo below, you can see the library employees alongside volunteers and officers who were scrambling to save anything they could. 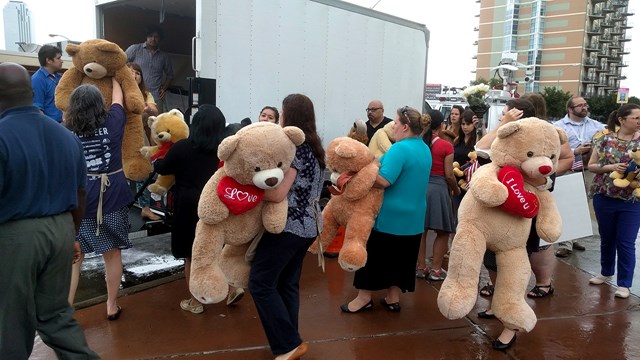 The staff ended up filling up the basement of the Dallas Public Library (which is HUGE, by the way — I’ve been there) with boxes full of the gifts from the community that they will spend several days drying, sorting, and archiving.

“I didn’t need to tell [the library staff] to handle everything with respect. They do that. It’s hard. It really brings it home to see all the items that people chose to bring down.”

Yes, that’s what librarians do. In all of the panic in the world, they’re behind the scenes, doing their best to quietly and efficiently preserve history.

Some of the items included stuffed animals, a pair of military boots with a fallen officer’s name on them, and one little toy truck, which Guidice found particularly touching.