As any true Harry Potter fan knows, “muggle,” the term for a non-magical person (and an identity that I refuse to accept), was added to the Oxford English Dictionary in 2002. Now, Oxford University Press is considering adding some other words created by J.K. Rowling in the Harry Potter series, Bustle reports. 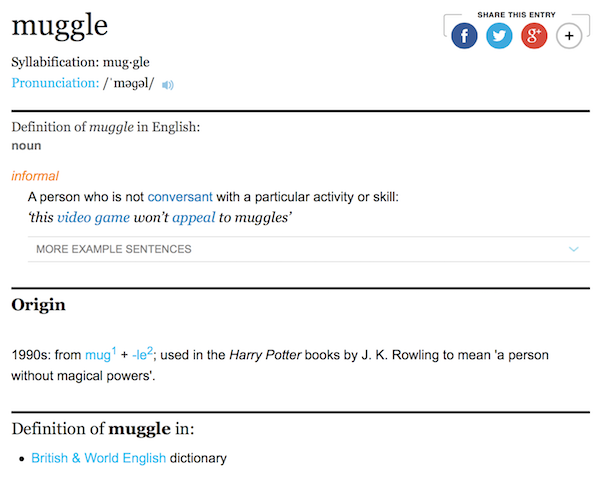 These new magical words will appear in the Oxford Dictionaries, which is the online version of the more strictly regulated Oxford English Dictionary. Words being considered include “Horcrux,” “Bellatrix,” “Wrock” (short for wizard rock music), and “Potterhead.”

According to the BBC, “The Oxford University Press has a vast database of some three billion words ready for editors to consider for publication in the Oxford English Dictionary (OED) and the website Oxford Dictionaries… Most words have to be in circulation for 10 years before they will be considered for the OED, but in the meantime many enter the Oxford Dictionaries website after careful consideration.”

Some words are exceptions to the 10-year rule, including “muggle.” If a word quickly takes on a life of its own outside of its original source, it can be fast-tracked. As Charlotte Buxton, an Oxford Dictionaries associate editor, explained, “It’s fairly unusual for a made-up word to get in. They have to move beyond the book—quidditch is now a real sport, not just a made-up game. It is really significant as it shows that Harry Potter has had such a huge impact.” 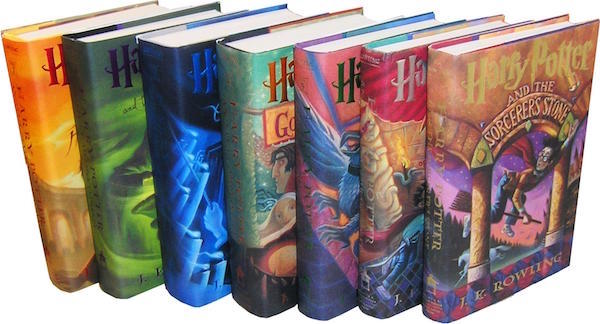 If these new Potter words are added, they’ll join the ranks of some other famous words created by fiction writers. In 1972, “hobbit” got its own OED entry thanks to J.R.R. Tolkien. And in 2002, “Klingon” and “Jedi” were added to the Shorter Oxford English Dictionary.

Personally, I’d like to see Animagus and Patronus achieve OED fame. I guess we’ll have to wait and see.