Unless you’ve been hiding under a rock for the past three decades, you’ve probably run across an episode or two of The Simpsons on Fox.  The dysfunctional, yellow family worked their way into homes in 1987 and is still going strong, making it the longest running sitcom ever in American history.

Throughout its running, The Simpsons have parodied everything from presidents to cultural pop icons. But when they throw in a good book reference, I sit up and take notice. Odds are if you’ve clicked on this article, they haven’t escaped your notice either.

Without further ado, here are some awesome Simpsons bookish themes and literary references that will make you want to start a Simpson’s book club.

1. The Bell Jar by Sylvia Plath

The Bell Jar is the only novel ever written by Sylvia Plath. The novel tells the story of Esther Greenwood, a writer who spends much of her adult life in severe depression and struggles to overcome it. Through psychotherapy and electroshock therapy administered by a caring psychiatrist in an asylum, Esther begins to overcome some of her depression. Because the main character in the book encounters many of the same issues with depression that Sylvia Plath did, many believe the book to be a roman à clef. 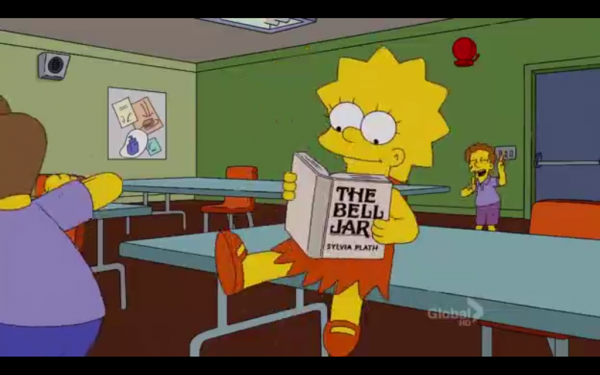 Ulysses (the novel- not to be confused with the poem) was written by one of the most influential and forward-thinking modernist writers of the 20th century. The book draws parallels between Homer’s epic poem Odyssey and Ulysses, through a series of ordinary daily events in the main character, Leopold’s life. Ulysses is full of puns, allusions, humor, and rich characterization and has been considered to be “one of the most important works of modernist literature.” 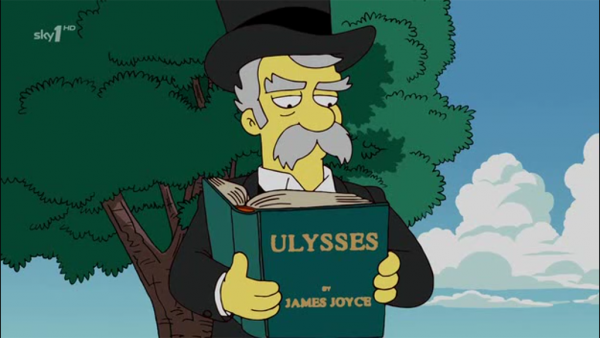 This cult classic graphic novel-turned-movie follows the lives of two teenagers trying to find direction in their lives as they plan for a future outside of high school. 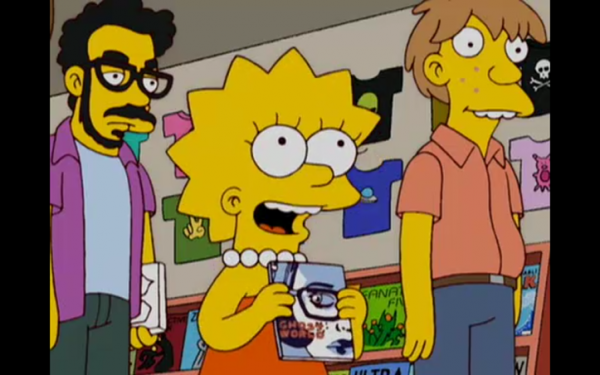 This behemoth of a book (760 pages) takes place at the end of the second World War in France, England, and Occupied Germany, with flashbacks to WWI and examines the impact technology has on society. With a complex plot and a seemingly endless cast of characters, Pynchon’s book was named one of Time Magazine‘s “All-Time 100 Greatest Novels.” 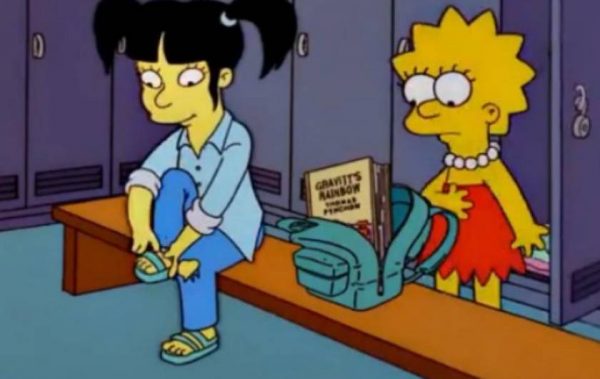 5. The Poems of Emily Dickinson

Published in 1955 by Thomas H. Johnson, The Poems of Emily Dickinson contain the complete and unedited works of the unparalleled poet. 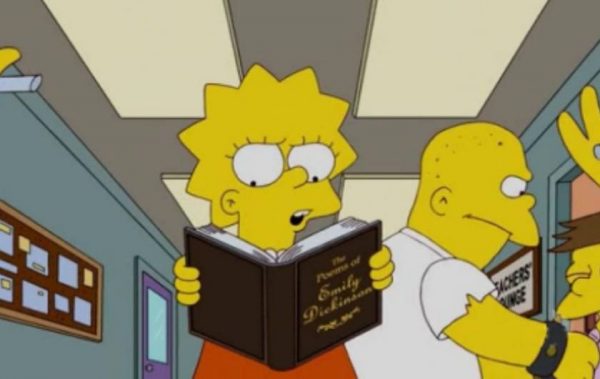 While Ten Trite Tales is not an actual Agatha Christie book, the prolific author penned 66 murder mysteries and 14 short story collections. She is known best for her fictional characters Hercule Poirot and Miss Marple. 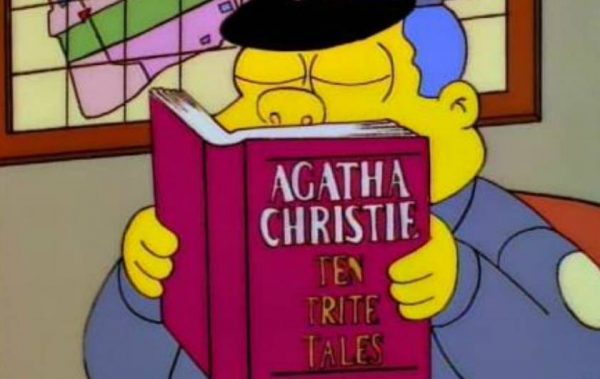 This semi-autobiography is a “stew” of a Vonnegut novel that he just couldn’t get running and commentary on his own life as well as the state of the universe. In it, everyone is stuck in a “time quake” in which they are forced to relive the same decade, make the same mistakes, and are unable to alter any past events, until the main character, Kilgore Trout, figures it out and helps the world adjust to having free-will. 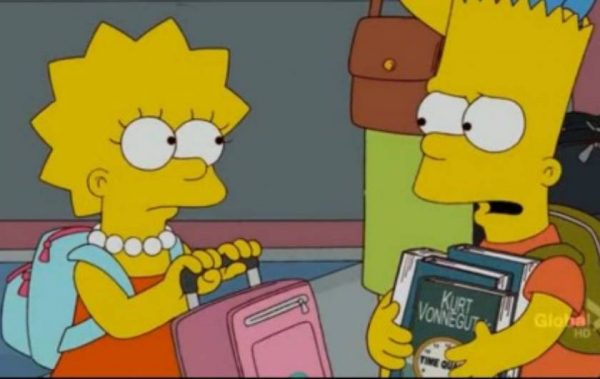 8. The Fountainhead by Ayn Rand

This best-selling novel published in 1943, tells the story of protagonist Howard Roark, an architect who refuses to conform to the traditional architectural styles, regardless of his inability to become successful by doing so. The book speaks of the value of individuality and integrity while shunning conformity and collectivism. 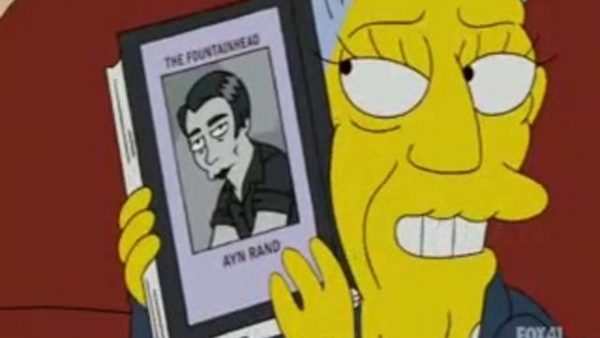 If you haven’t heard of the empiric Harry Potter books, it’s possible you’ve bee sleeping through life. The series became wildly popular with adults and children alike, sparking an entire enterprise of books, movies, memorabilia, and a massive cult following. 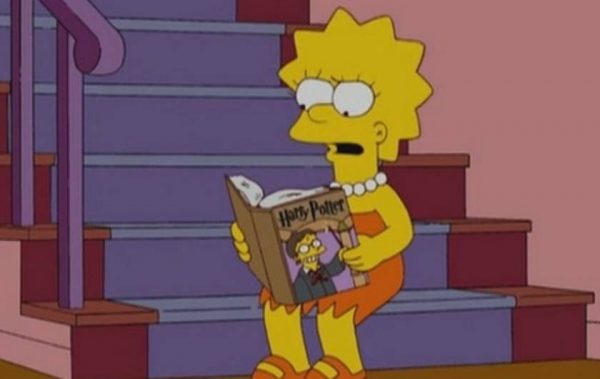 The master of macabre for his time, Edgar Allen Poe tells a story of murder and torturous, haunting guilt in The Tell-Tale Heart. 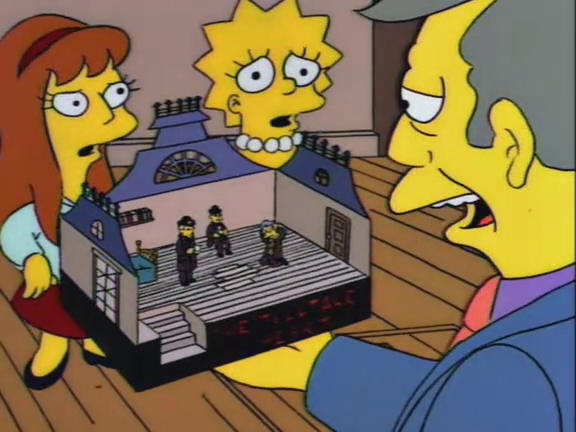 11. Kiss the Girls by James Patterson

Kiss the Girls is a psychological thriller about two serial killers in a competing game of murder, and one detective’s desperate need to uncover their identities in order to save his niece, who has has been kidnapped by one of the two. The book was adapted to film in 1997 and starred Morgan Freeman as Detective Alex Cross. 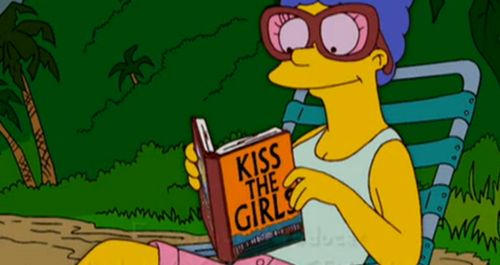 12. The Bridges of Madison County by Robert James Waller

An intense love story that captured the hearts of romantics everywhere, The Bridges of Madison County tells the tale of a farm wife and a photographer, their intense and passionate affair, and a love that could never be. The book was one of the bestselling books of the 20th century and has been adapted to both film and a musical. 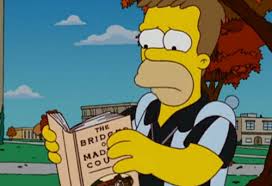 There are many other literary references included throughout the decades-long series; this is hardly a comprehensive list. Simpsons fanatics could probably name many more titles. Which books have you seen on the show?