I have been single for the majority of my life aside from a few wonderful men who I still respect and keep and touch with. I live in the Midwest and last year I relocated to a rural community in the Midwest.

I have officially surpassed the ‘normal’ age to get married in the Midwest (early to mid twenties) and at 27 I anticipate, likely, I’ll surpass the normal age range nationally as well (late twenties). For too many years, this reality and/or the pursuit of changing this reality took so many hours of my life and so much of my happiness.

So, for all the fellow single ladies, I offer a list so that no matter where you live or what the average age of getting hitched is you will know you are not alone:

1. QuirkyAlone: A Manifesto for Uncompromising Romantics by Sasha Cagen

I have always been a hopeless romantic about life and about love. Quirkyalone was the first time I read something that made that okay. It made a declaration that it was perfectly okay to be #quirkyalone, #quirkyslut, #quirkycoupled and, essentially, just be who you are without concern for your marital status. My favorite part: the profiles on other #quirkyalones. 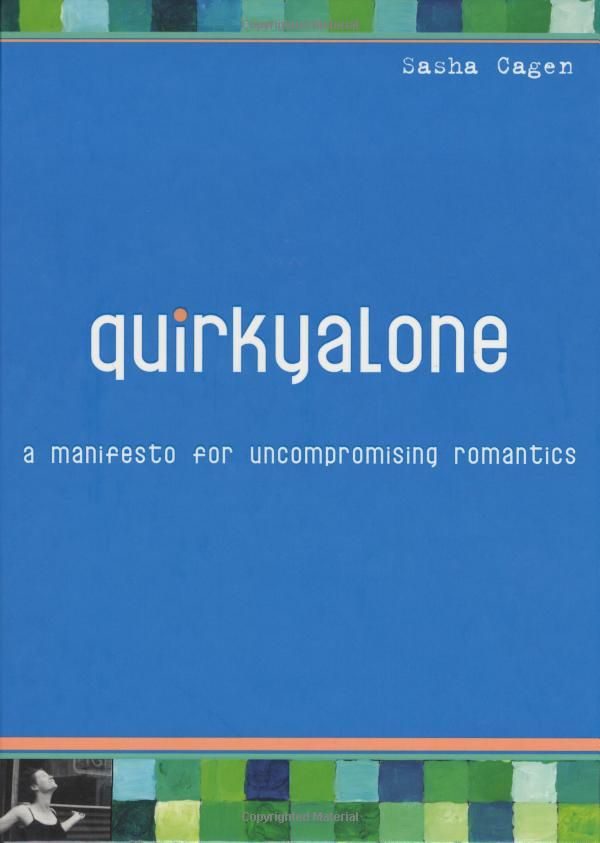 If you’ve been single for any period of time, especially as a woman, you have probably heard 1 or ALL of the reasons listed in this book. Sara Eckel does a beautiful job of pointing out the contradictions (stop looking and you’ll find the one AND put yourself out there and get mingling or you’ll never find the one) and how, truthfully, the reality has more to do with good luck of finding a person you’re compatible with in your geographic location than it does with any of the countless, confusing, contradictory messages that are often fed to us. 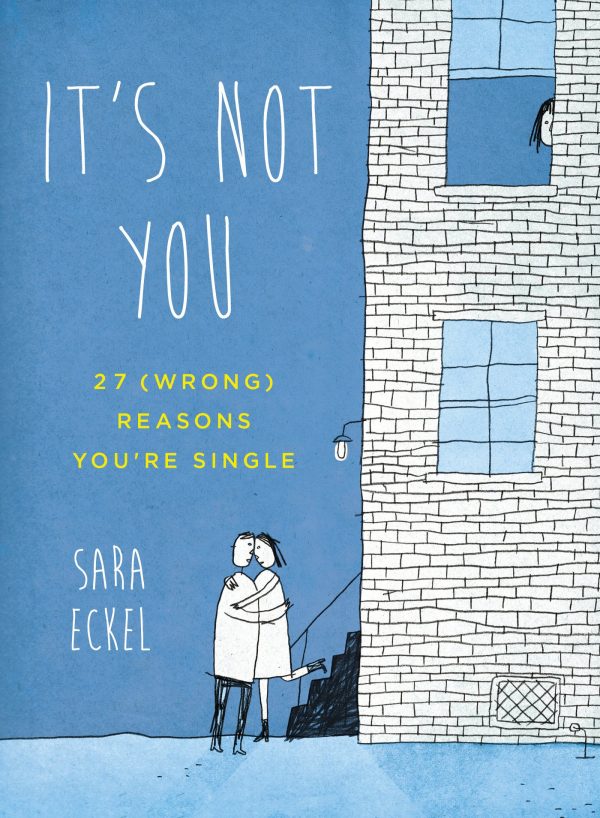 3. Single State of the Union: Single Women Speak Out on Life, Love, and the Pursuit of Happiness Edited by Diane Mapes

This was the first book I ever read about being single in my early 20’s. It was the first time anyone, in a book or in person, had ever said it was okay if I was single. For as long as I can remember marriage has been an expected part of my life trajectory. This book gave first hand accounts of people being single. Some of the contributors were happy about it, others not, some were liberated, some wished their status were different. It was a beautifully honest exploration giving voice to a demographic that are all too often dismissed. 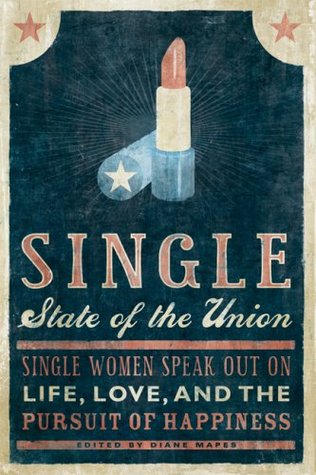 Out of all the books listed, I would say this is the most universally accessible for men and women. It offers incredible insight into the historical patterns of how people met and married, their feelings about it, and the ways dating has changed with apps like tinder and the constant access texting provides. Topped off with a nice dash of humor. 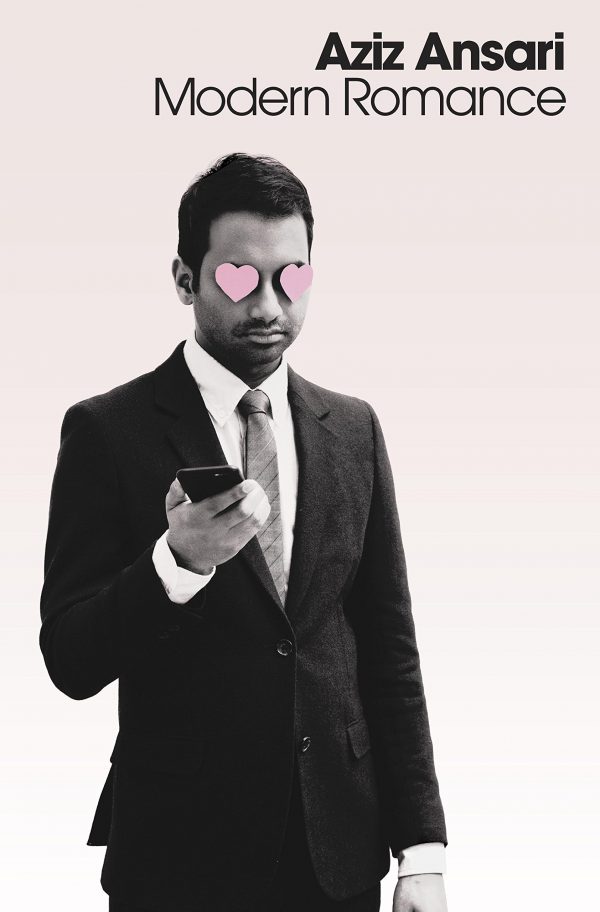 5. All the Single Ladies: Unmarried Women and the Rise of an Independent Nation by Rebecca Traister

As a single woman this was the most comprehensive, liberating, eye opening, and wonderful book I read on the matter of being single. It includes interviews and reflections of the author about being single, dating, having children (or not), among other worldwide topics. Where many books on being single, especially aimed to women, can feel like their offering a solution or condolences, this book doesn’t. It offers straightforward information for single women, in what seems like the first time ever, who have become the majority. 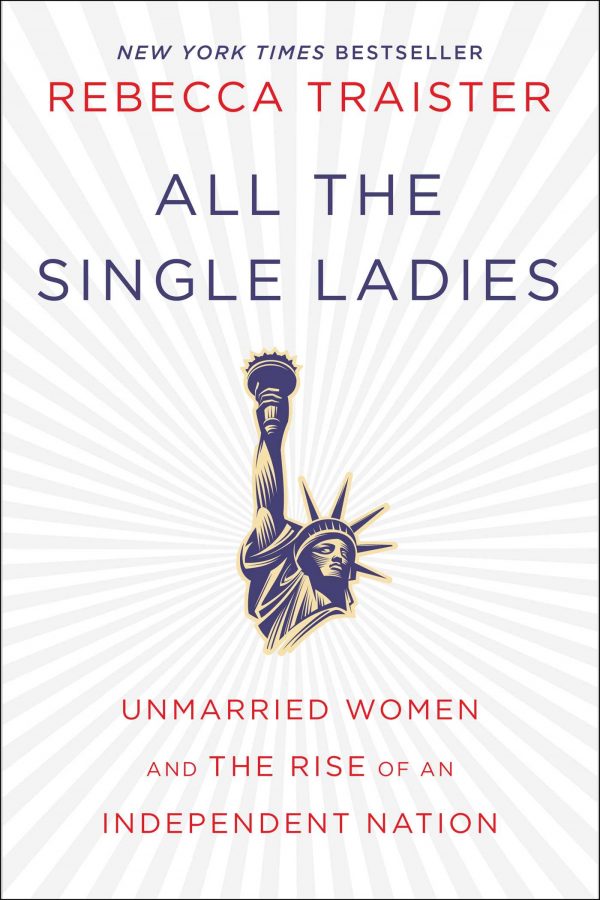 Have you read any of these? What are your thoughts?

Chrissy Hollermann is a self-described ‘purpose-driven-all-heart-care-bear-with-an-exceptional-nerdy-streak’ who believes work (and life) should be as authentic and fun as humanly possible. She is a new professional having spent the last seven years in school earning her B.S. in Psychology with minors in leadership and economics as well as a M.S. in Counseling and Student Affairs with focus on resiliency, trauma, shame, and emerging adulthood. She is a certified strengths trainer, has developed campus wide leadership programs, restructured and coordinated an 8 week leadership course, developed trainings and sessions for groups as small as 1 to as large as 70+ infusing pop culture references whenever and wherever possible. Her spare time is spent reading, writing, watching Netflix, movies, and youtube all while drinking an absurd amount of caffeine and she wouldn’t want it any other way.