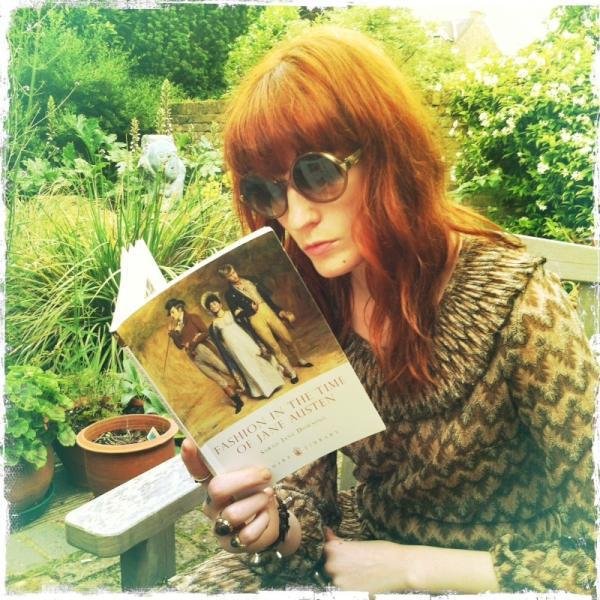 Recently, W Magazine interviewed Welch on the book club and her passion for reading. When asked why she thought book clubs were so important, she had this to say:

I think reading is essentially a solitary activity. Growing up, I used reading as a form of escape. I was shy and sensitive, and so reading gave me a safe space. It’s a huge generalization to say that all readers are introverts, I’m sure there’s a lot of extroverted bookworms out there, but for me it’s nice to know people of similar inclinations can actually come together in a social way and talk about something that is inherently solitary. Between Two Books has a really good energy I think. I try not to spend too much of my life online — having a pretty addictive personality, it’s not great for my head — but this is definitely my favorite part of the internet.

According to Florence, the book club operates without her much of the time. She steps in and comments here and there when she is asked, but largely lets the rest of the club do its thing. Of course, she also keeps up with the books to read, too. From the description on the book club page, book titles are given out, and then the club discusses said titles a couple months after. They give plenty of time to complete the reading and think of thought provoking topics. 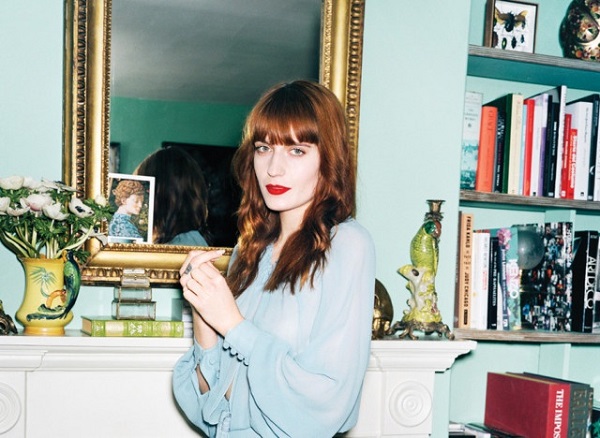 The chosen titles are often recommendations made to the group. These suggestions are usually from someone pretty awesome. Florence is quoted telling W Magazine:

We’ve had a few guest recommendations so far. The last guest recommendation we had was from Nayyirah Waheed, who is an incredible poet, and she recommended a book called Bone, which is another book of poetry, by Yrsa Daley-Ward. It’s been one of my favorites so far. But it’s not just authors. At the moment we have Adwoa Aboah who founded “Gurls Talk.” She has recommended the current books, which are Tupac Shakur’s book of poetry, The Rose That Grew from Concrete, and Geek Love by Katherine Dunn, which I have been wanting to read for a really long time.

Florence also admits that the first thing she reads in the mornings is usually her email. She’s human, guys, even though she sings like an angel. Her music also has literary roots. The song Seven Devils is inspired by the novel If He Hollers, Let Him Go by Chester Himes. Despite her lack of spiritual morning reads, Welch has a wide love of countless novels, and poetry. She even has a favorite book store, Shakespeare & Co in Paris. So dreamy!

It’s easy to admit, Florence Welch is my spirit animal. She has a voice I can only daydream about, she’s a fierce female, and a fellow book nerd. I will be eagerly refreshing my Facebook account until I am accepted into Between Two Books!

Will you join, too?