A long time ago, in a theater far away… some of us saw Star Wars for the very first time.

May 25th marked the 40th anniversary of the release of Episode IV: A New Hope (although it was only called Star Wars at the time) and the beginning of a culture-sweeping phenomenon. One example of how this series has swept the globe and taken our imaginations captive is the number of books that it was inspired. You can find guide books, fact books, comic books, young adult novels, picture books, children’s board books, and just about any other type of literature you can imagine. These publications have been a fantastic way for the franchise to reach audiences of all ages and genders, and I’m not sure if the books create more interest in the movies, or vice versa. But, really, it doesn’t matter. It’s best if we just read and watch them all!

1977 was a bit before my time, but my dad made sure to introduce me to the original classics at a very young age. And I was hooked from the beginning. I’m just as antsy to read all of these books as you will be!

1. Star Wars: From a Certain Point of View

Especially curated to celebrate this milestone anniversary, this anthology contains 40 different stories that celebrate 40 years of Star Wars. Each of the stories is told from the point of view of a background character, including X-wing pilots, storm troopers, Sand Troopers, etc. There were a whopping 28 authors that contributed to this phenomenal text, but none will be receiving any kind of monetary compensation. Instead, all proceeds are going to a charitable organization called First Book, which provides books and learning materials to needy and/or deserving homes, libraries, and schools. 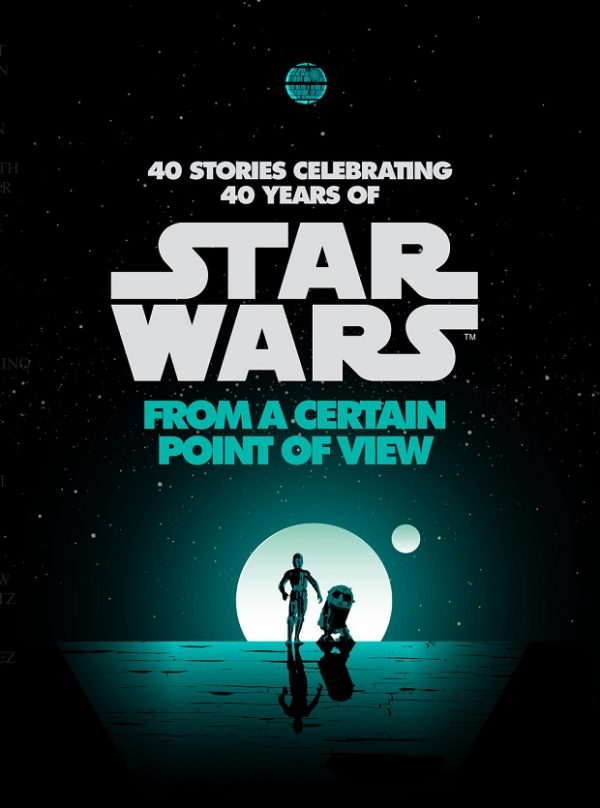 Each glorious hardcover book in this set retells the story of each film, plus a special introduction to The Force Awakens. Some titles include Star Wars: Heroes for a New Hope, Star Wars: Journey to the Force Awakens, and there’s even an entire volume dedicated to cover art. The gorgeous reprints in The Marvel Covers include some of the most incredible cover art you’ve ever seen from Marvel, all created by the brand’s most accomplished artists. The only other thing to say about this collection is that it will look so good on your shelf, it will raise your street cred exponentially. 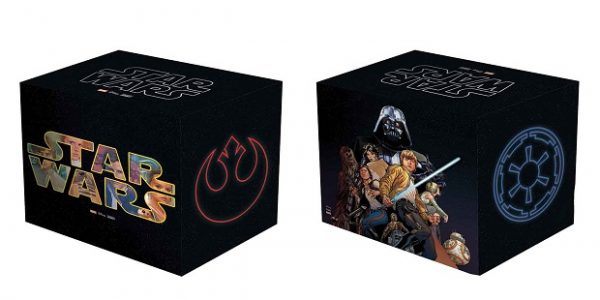 Ian Doescher is a genius. This collection of books is exactly what you think it is: the Star Wars stories as told by the Bard himself. They’re written in iambic pentameter for crying out loud! Even the artwork is Shakespeare-esque, including depictions of Luke holding a storm trooper helmet in Hamlet-type fashion, BB8 wearing a befeathered cap, and adorable Ewoks holding flags to signify the beginning of certain Acts. Some titles available include The Clone Army Attacketh, The Empire Striketh Back, and The Jedi Doth Return. There are several in the series, but we should probably all start with Verily, a New Hope, don’t you think? 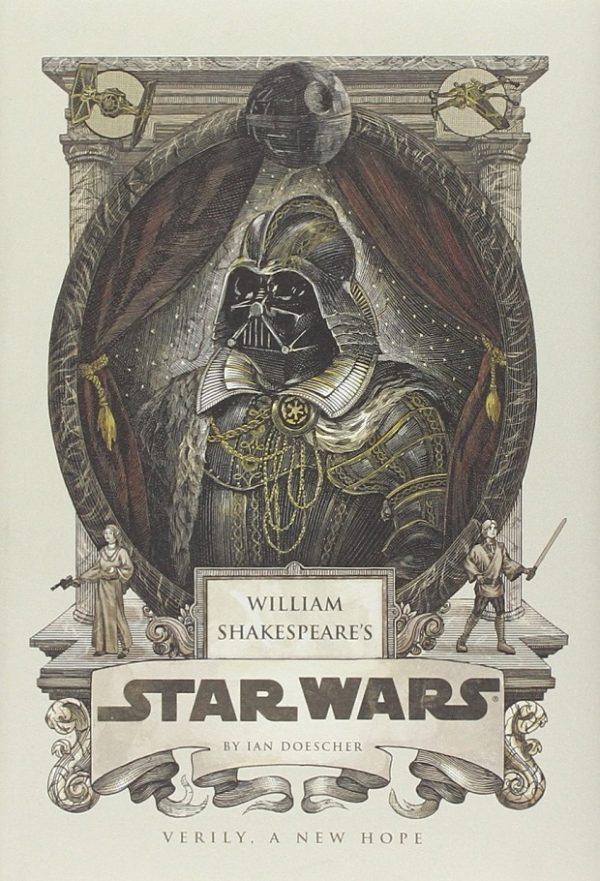 These stories take place five years after The Return of the Jedi. New characters are introduced, including the Grand Admiral Thrawn who uses an army of clones to take over the Empire, raiding a secret cache of weapons left by the Emperor while he’s at it. Han and Leia have twins, Jacen and Jaina, who are “destined to become powerful Jedi.” These are available in both hardcover book and comic format, but the original comic books have the most appeal. These are the types of stories best told through pictures. 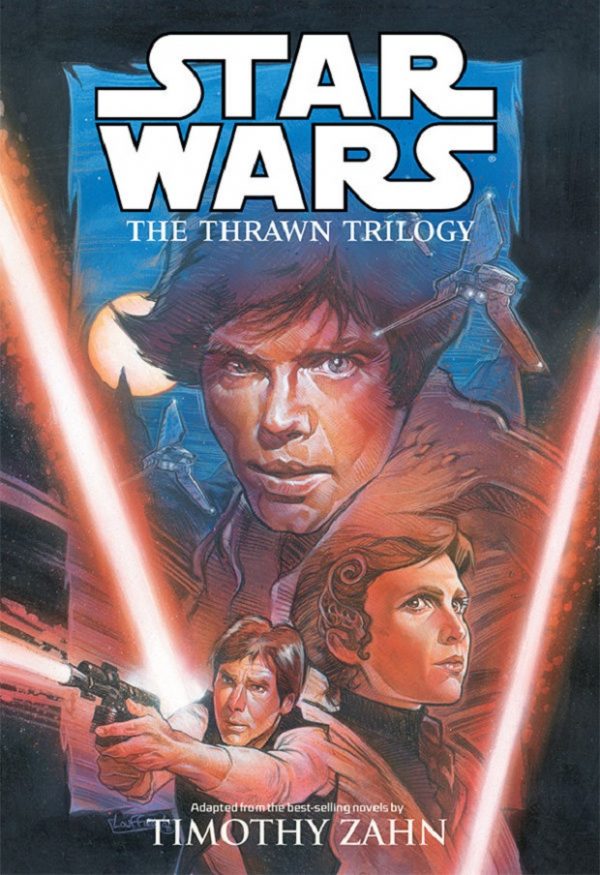 5. The Wildlife of Star Wars: A Field Guide

And just for fun, pick up this little volume of entertainment. Ever wonder what a giant space slug would weigh? How many legs a kryat has? Or how long a sarlaac takes to digest its meals? It’s organized by planets, listing which creatures are native to which homes, and it includes beasts featured in the films, television series, and novels too. It covers everything! With detailed sketches of each majestic – and sometimes disgusting – being, you’ll have no trouble visualizing which intergalactic pet you’d like to adopt. 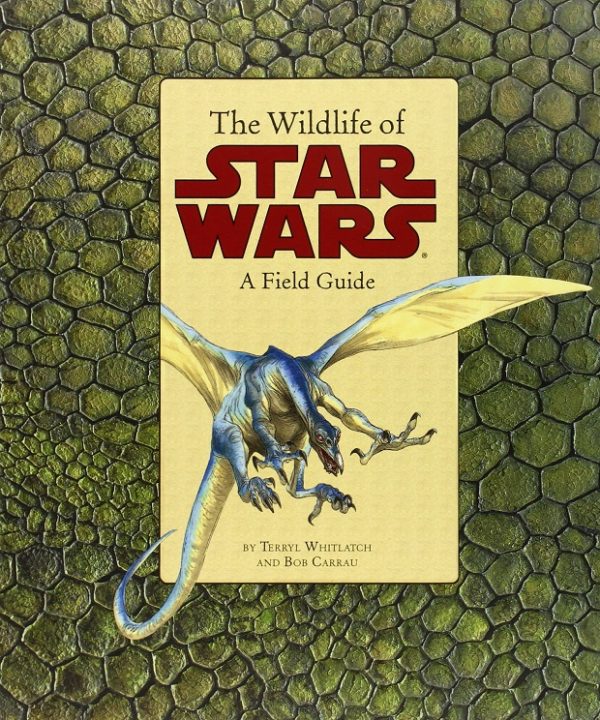 How will you celebrate this momentous anniversary? Books? Cake? Movies? All of the above? I like it.