A unique book is going up for auction at Winner’s Auctions on January 31st. The book is purported to be the only one of its kind in existence today and was published by an Egyptian organization that called itself the “National Renaissance Party.” Titled, The Story of Zionist Espionage in Egypt, the book chronicles the story of The Lavon Affair from the Egyptian perspective.

The Lavon Affair was named after the Israeli Defense Minister at the time, Pinhas Lavon. The incident involved several Egyptian Jews who agreed to spy against their home country for the Israeli government. Their objective was to hamper British and American relations with the new Egypt. The new regime had strong anti-semitic sentiments and blatant hostility towards Israel. This gave Israel cause for concern, as the British government was pulling out of Egypt and ceding control of the Suez Canal to Egypt. With the British gone, Israel would become completely vulnerable. 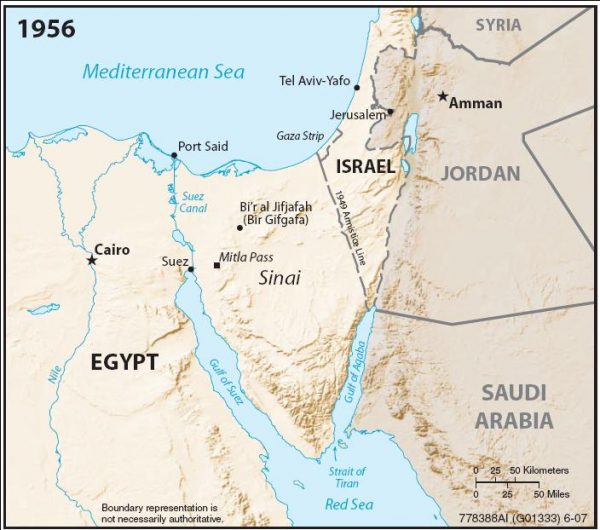 Nearly a dozen Egyptian Jews, under the direction of Lavon, were recruited and trained to carry out a false flag mission, “Operation Susanah,” in which British and American sites were bombed. The blame was to fall on the Egyptians, in order to “make it clear to the whole world that Egypt’s new rulers were nothing but a group of foolhardy extremists, unreliable and unworthy of taking charge of an asset as important as the Suez Canal. Furthermore, it was to be demonstrated that their grasp on power was uncertain, that they faced powerful internal opposition, and, consequently, they were unworthy of being counted upon as a dependable ally.”

Several British and American sites were bombed by the “Zionists” before one of them was caught. A second was caught shortly after when one of the bombs exploded in his pocket on the way to a British theater. The Egyptian government mounted a full-scale investigation. Four of the Jewish scouts were captured. They were, of course, put through intense interrogation methods that involved both physical and psychological torture. The men maintained their innocence and refused to incriminate each other throughout the ordeal. That is, until one of the spies, Shmuel Azar, was captured and interrogated. He was “constitutionally incapable of lying” and gave up information to his captors. Azar gave up names and eventually, the Egyptians found and imprisoned almost the entire spy ring. All but one of them were captured. A very public trial ensued, and as a result, two were hanged, and one committed suicide in his cell. The rest were to serve out lengthy prison sentences. A photo from the book (below) shows Max Bennet, one of the alleged “Zionist terrorists”  as he lies dead after committing suicide in his cell. 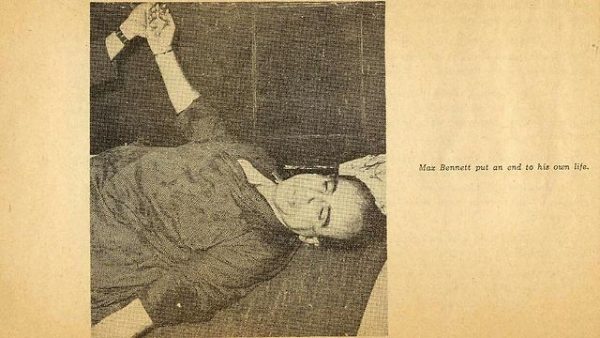 Historian and researcher, Dr. Baruch Falah is the book’s owner. Of his rare treasure, he says, “This is the first publication that I know of that describes Zionist sabotage and terrorism, as Egypt defined it.” The book sheds light on a great many unknowns about the affair and Falah hopes that the book will add to current research on the subject. Within its pages, there are never-before-seen photos and post-bombing pictures, which include a British officers’ club in Jerusalem with the caption, “Zionist Sabotage.” It also includes the names of the spies, as well as their signed confessions (some believe to have been coerced), photographs of intended bomb sites where the devices had been diffused, and graphic pictures of wounded British and Egyptian citizens. It is still widely debated that the attacks were the independent workings of Lavon operating within the Irgun, not the Israeli Mossad.

Because the book is published in both English and Arabic, with the title page exclusively written in English, many believe it to be an Egyptian propaganda booklet. Dr. Eran Lerman, a former deputy head of the National Security Council and a lecturer at Shalem College, after viewing sections of the book agreed;  “I draw the conclusion that it’s an authentic Egyptian propaganda document, which was prepared at the request of the authorities by the Egyptian investigative bodies. It seems that the confessions by the members of the (spy) ring are authentic. Given the interrogation tactics in Egypt, of course there is no guarantee that what the people confessed to is exactly what they did. The document is written in Arabic and in English, and the title page is in English only, suggesting it was principally intended for abroad, a sort of propaganda document designed to tarnish Israel as a terrorist state.” 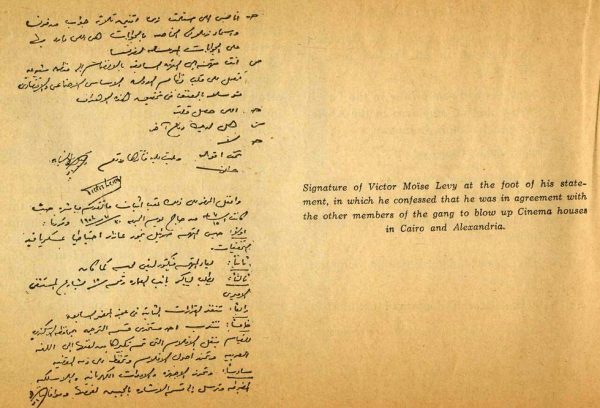 The book has already been displayed on the Winner’s Auctions website and is slated to go to auction on January 31st. Farah expects the book will draw much interest from collectors and museum curators. The bidding will start at $200.

If you’re interested in reading a more in-depth account of the Lavon Affair, check out Operation Susannah by Aviezer Golan and Decline of Honor by Avri El-Ad.