Ever wonder how books came to be what they are? For instance, why on earth do books have the title of the book on the top of every single page?

Well, a more detailed history of book publishing takes us through centuries of technological and social development that would require book-length explanations. But I just want to address common questions we readers may have about why and how our beloved books have come to be the way they are.

Why are there so many pages before the book actually starts?

Oh, all those pages annoyed me when I was a kid, particularly in old book copies. The title page, the publisher information, the introduction, the dedication, the chapter list. Like impatiently waiting through previews and opening credits in a movie, I wanted to scream out, “Get on with it already!” Fortunately, I have matured and gained some patience and appreciation for all that useful content.

Before the printing press was created in the 1400s, monks would write copies of books, mostly religious texts at the time, by hand. In Roman commercial scriptorium, one reader would dictate to many scribes simultaneously to help speed up the process. Still, as you might imagine, this process required years of work. So the scribe or monk would wait until he finished to include the finish date, location, and other information at the end of the book. Afterward, the book would be proofread, illustrated, and bound.

By about 1480, when printing was still relatively new, all that information, called a colophon, appeared at the front of the book, giving us the title page (both front and back) as we know it today. It also acted as a way to both protect the first couple of pages from getting soiled and put some shameless self-advertisement for the publisher or scribe out to readers. And, believe it or not, the information before a book used to be more elaborate and extensive than it is now. Whereas, praise for the book usually appears on the cover of the book or in an introduction nowadays, it used to appear in the colophon with short essays praising the book’s merits. 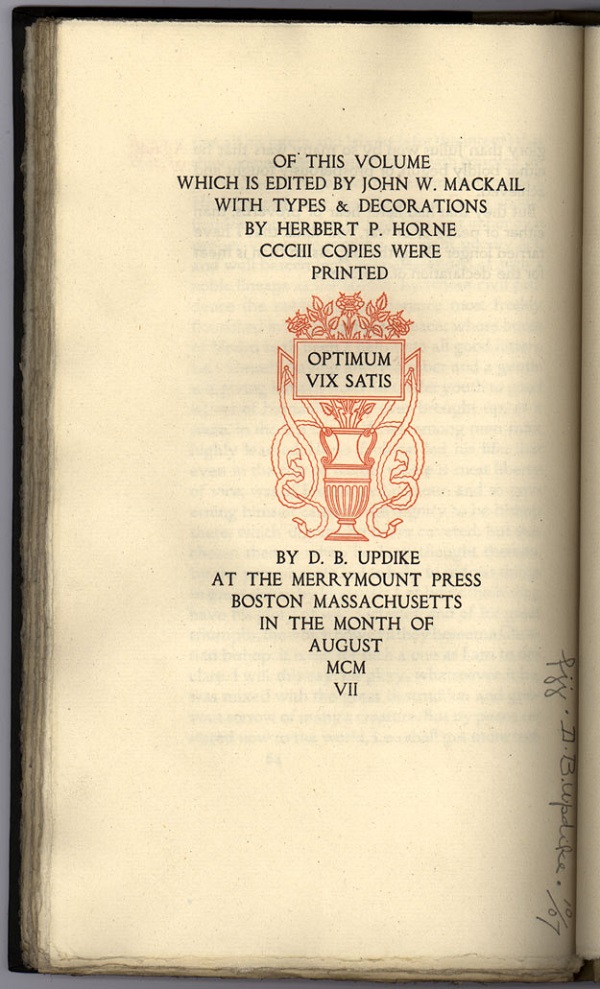 The funny thing is you sometimes find even more content in the back of the book. Acknowledgements, discussion questions, suggested further reading, author bio. All of it is useful information, and when you stop and think about it, that’s a ton of extras! Win-win!

Why is the book title on every page?

Before 200 A.D., before the days of the codex (i.e., bound book) format that we know and love today, materials like clay or stone tablets and papyrus rolls were predominantly used for more important documents. When the document extended beyond one “page,” the scribe would place a unifying term on all pages to signify that they belonged together–in case the individual pages ever got separated. For nearly 400 years, the newer codex and rolls coexisted, so we can definitely assume that some crossover influence occurred.

Although repeating the title or author’s name makes perfect sense in tablet or roll form, it makes less sense in codex form. However, I’ve noticed that more recent books (e.g., books published in the last 20 years roughly) tend to repeat the chapter title on the page headings instead of the book title, but it does still happen. 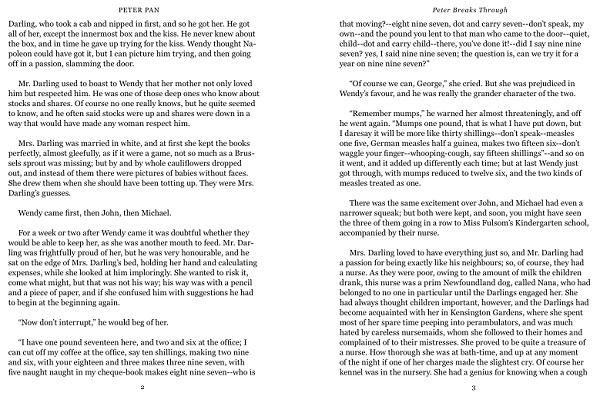 Why are new printed books so %&#@$ expensive?

I admit it: I am a cheapskate and a book lover, and sometimes those two contradict each other. I love books, but parting with $20 for just one brand new book is sometimes painful for me. However, I realize I have a lot to be grateful for. Before the printing press, books were handwritten, which was a several-year and costly ordeal. With the printing press, the process sped up, which saved money. Later, as previously mentioned, some books were published in segments as pamphlets, which again saved money for consumers. As materials for covers have become cheaper and more renewable, the price again has dropped.

Even with all the advancements made over the years,  print publishing is still expensive. Think about it. You’ve got the author, the editing team, the designer, who all put in tons of work. Then you have to actually print thousands, if not millions, of copies of the book. Do you realize how many materials you need to print that many books? Ink alone is astronomically pricey. Costing up to $9,600 per gallon, ink is one of most expensive liquids.

As e-books become more popular, prices become a little easier to swallow. Plus, knowing how expensive books used to be to make, I can tolerate new printed book prices. 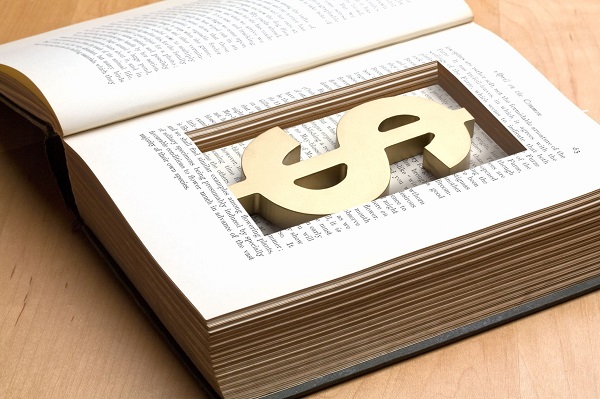 Why are old, “classic” books so long?

Any time you look at books from another time period, you need to look at the culture and situations they lived in as well. During Dickens’s time, many books were published serially, meaning they were printed weekly in little pamphlets. Serial publishing enabled more people to afford books, and the more serial editions they printed, obviously the more money they made. Honestly, if I were writing back then and my paycheck depended on how long I could keep a story going, I’d be describing every wrinkle on a character’s face for pages and pages–just like they did.

Now, lest anyone should misconstrue how I feel about old, traditionally classic literature, I want to say that I truly enjoy many books from that period. But I sympathize with anyone who doesn’t, simply because it isn’t as quickly paced as more modern writing. I’ll confess that I’ve rolled my eyes in frustration at the level of seemingly unnecessary detail in spots. It sometimes feels like reading the dictionary. 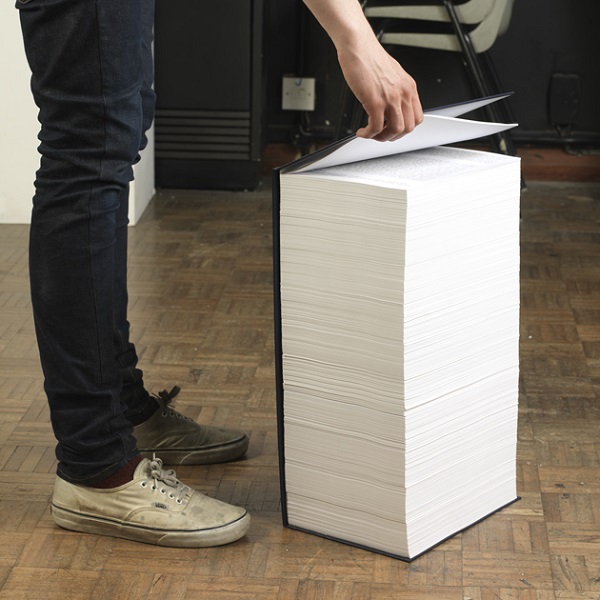 I know it can be dense, but just try to bask in the vivid descriptions of a time gone by.

Why do so many book series come in threes?

The trilogy is not a new publishing trend. In addition to the serial novel, the three-volume novel was prevalent during Dickens’s time. In the beginning, the triple decker, as it was called, was a prestigious form of novel writing, but it eventually became almost an expectation for publishing and stifled creativity. Both trilogy and serial trends tended to make verbose novels with unnecessary, “revolting sentimentality” mixed in with the brilliant ones. In his play The Importance of Being Earnest, Oscar Wilde mocks the three-volume novel, which had just barely come to an end, when the distracted governess Miss Prism makes the monumental mistake of placing her three-volume novel manuscript into the stroller and the baby Jack into her handbag and then leaving the handbag in the Victoria line of the railway station.

Some triple deckers from back then are better than others, but forcing a story to stretch to three parts when it could do better in one or two doesn’t help anyone, least of all the reader.

Today, although authors are not paid by the length of their books, the more books they write for a single plot, the more money they can earn. Makes sense, right? However, the sheer amount of publishing competition means that most published and publicized book series/trilogies are loaded with interesting action and an appropriate amount of description, justifying multiple books. And the trend of three? I think it is a coincidence. Or is it?

Now to try to explain Hollywood’s propensity of splitting final book movies into two parts. I got nothing.

As e-books have entered our culture, it obviously has changed how we read to some extent, but some trends from the past are more ingrained, more lasting. Some parts of history stay with us, and judging by how much we love reading, the history of book publishing is one part of history I think we can be grateful for overall.

What fascinates you most about the history of book publishing?