For Hena Khan, author of It’s Ramadan, Curious George as well as new release Amina’s Voice, going to school meant that teachers and students mangled her name on a daily basis. In fact, one of Khan’s friends chose to change their name to something more easily pronounceable. The hurt, confused feelings stemming from those experiences are what inspired Khan’s newest creative achievement. 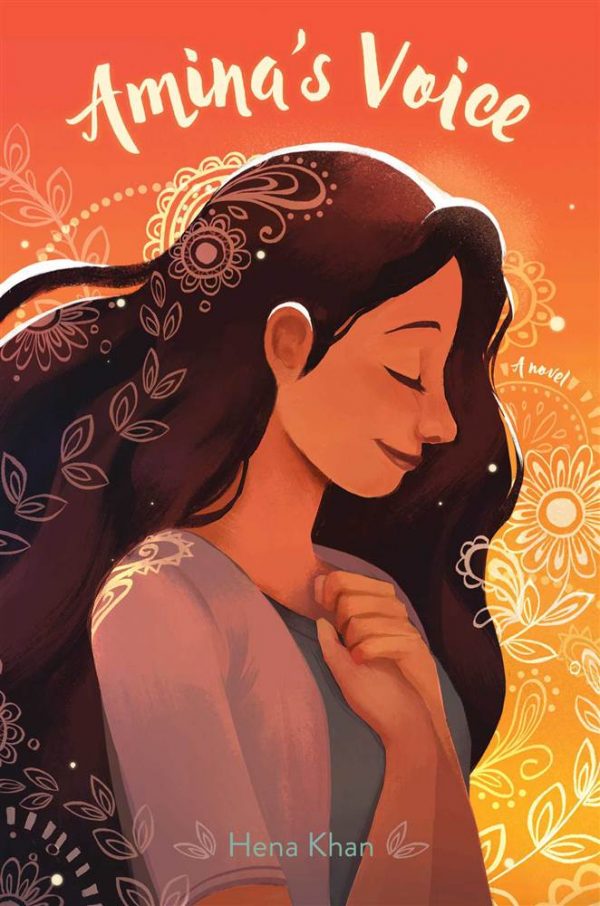 Khan’s new book stars Amina, a piano-playing Pakistani-American sixth-grade girl who loves The Voice and finds it difficult to fit in. Like Khan, Amina’s name is almost always mispronounced: “[W]e had always been the only kids in elementary school with names that everyone stumbled over,” Amina recalled. “It’s always been one of our ‘things.'”

Amina is shocked, however, when her friend, Soojin, announces that she will change her name to something more traditionally Western once she and her family officially become American citizens. Things become even more difficult for Amina when her uncle arrives and indignantly declares that her passion for music is “un-Islamic.”

But above all, Khan says, Amina’s Voice is about fostering awareness and compassion. “Of course there are people who believe that [music is forbidden.] But I wanted to introduce the idea that Muslims are not a monolith.” She also noted that it can be extremely hard to find books with Muslim characters, especially children’s books. “I never saw myself portrayed in the the books I read growing up,” Khan stated.

Amina’s Voice is a story of passion and violence, hope and fear. “I really hope girls from all backgrounds find a friend in Amina, especially those who may not have met a Muslim before,” Khan said. “I also hope that little Muslim girls can be inspired by Amina’s journey and find the confidence to use their voices and pride in their identity.” 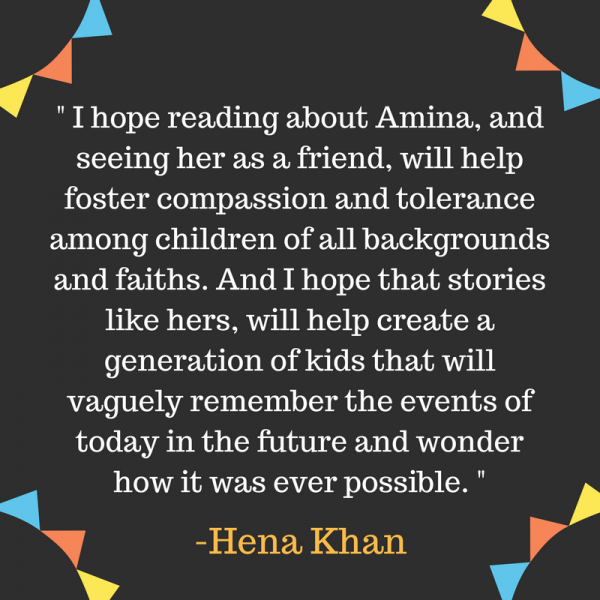 Amina’s Voice is the first book published by Salaam Reads, a new imprint created by Simon and Schuster last year.

Here’s to hoping that more diverse voices, such as the one present in Khan’s new story, will be seen across bookstore shelves nationwide!