The winners of the National Book Awards were announced a few days ago, garnering a great deal of attention for the fact that three out of four of the winning writers were black, and all four winning titles actually made bold statements about racism in the United States. This is a remarkable step forward for the high-profile awards, but a closer examination of the winning writers unveils a long-standing issue within the literary world: the gender gap. 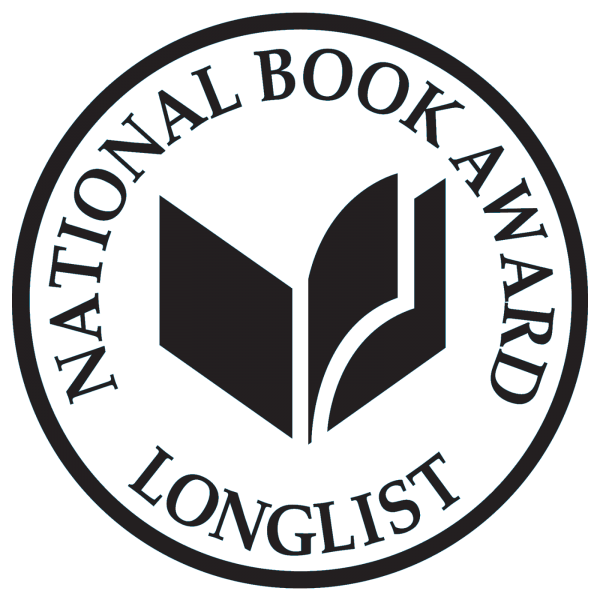 Since its inception well over 60 years ago, only one-quarter of the US National Book Award fiction prizes have gone to women, with Katherine Anne Porter being the first woman to ever win the fiction prize in 1966 for the The Collected Stories of Katherine Anne Porter. In 1983, Alice Walker was the first black woman to ever win the prize for her groundbreaking novel, The Color Purple.

It’s not just a problem for the National Book Awards, though. In the same year that Alice Walker won, the Pulitzer—with 66% male winners—was the second most gender-equal of eight different literary awards—following closely behind the UK’s Man Booker Prize. The other awards studied were the Nobel Prize, the Prix Goncourt, the Georg Büchner Prize, and the Hugo Award. 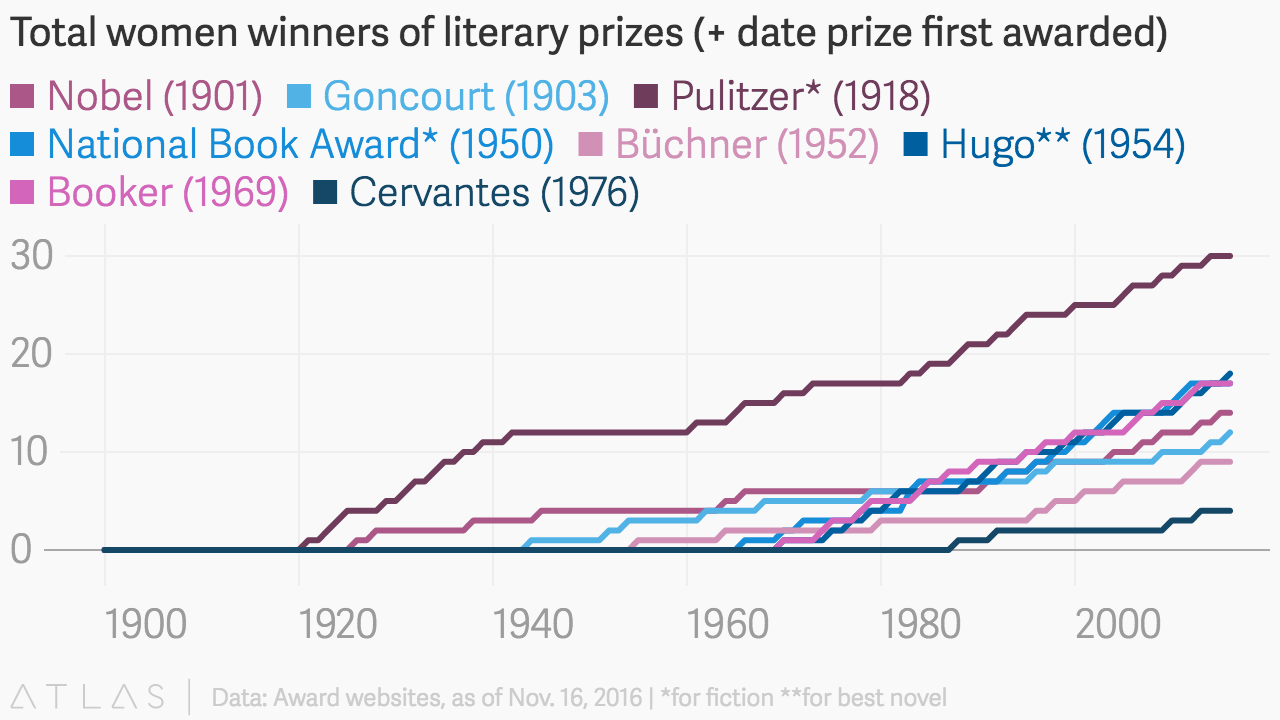 Clocking in with the least amount of female winners is the prestigious Cervantes Prize for Spanish literature. First established in 1976,  the award has been given to men 90% of the time, with only four women winning the award so far. Next is the highly-renowned Nobel Prize for literature. Established in 1901, this high honor has only been awarded to 14 women in the over 100 years of the Prize’s existence. In 1994, American novelist Toni Morrison became the first (and so far only) black female laureate. The third lowest is the Prix Goncourt, France’s top literary prize, which was established in 1903. This has been awarded to men 89% of the time; it’s first female winner being Elsa Triolet’s Le Premier Accroc Coûte Deux Cents Francs (A Fine of Two Hundred Francs) in 1944. Lastly, the Georg Büchner Prize is the most important literary prize in Germany, but only nine women have been honored since 1951. 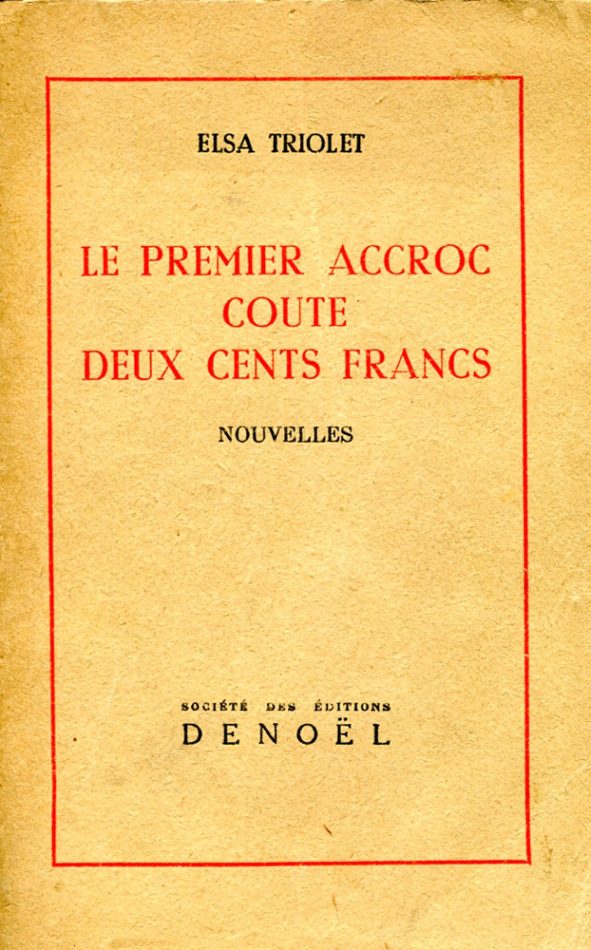 On a more positive note, women authors tend to fare better at science fiction and fantasy awards. The Hugo Award for best novel, created in 1953, has been awarded to women 30% of the time. The Man Booker prize, Britain’s high literary honor, has actually awarded women the prize 35% of the time since its inception in 1969. It is also true that women are winning literary prizes more often. Of the 17 women who have won the National Book Award, seven have done so in the last decade and a half.

Despite there being a few rays of hope that the tide is turning and more women, as well as racially and culturally diverse authors, are winning top literary prizes, the fact of the matter still holds true that there is an undeniable gender gap. It’s also true that novels in which the main character is female win far fewer prizes than novels with male protagonists. Literary criticism can be looked at as a contributor to this problem, as studies have shown that leading British and American magazines tend to focus their review coverage on books written by men, also commissioning more men than women to write about them.

Many remarkable literary works throughout history have been written by women or from a woman’s perspective, yet female-identifying authors are still being treated as inferior in terms of pay rates, critiques, and awards. Until male authors, publishers and critics decide that they’re interested in what a woman has to say enough to give their works a chance, things will not change. If the past 100 years haven’t evened the score yet, how much longer will it be?