The Man Booker Prize, established in 1969, holds the distinction of awarding the finest English-language fiction novel of the year. Up until 2014, only authors from the Commonwealth, Ireland, and Zimbabwe were eligible to be considered for the prize, but the rules have since been updated and have expanded to any English-language novel published in the United Kingdom. The objective of this award is to encourage a widened readership for the best in literary fiction, and both winners and shortlisted authors often see dramatic increases in the sales of their books worldwide.  A winner is selected by an advisory committee, typically made up of a writer, two publishers, a literary agent, a bookseller, a librarian and a chairperson appointed by the Booker Prize foundation. This advisory committee then chooses a different judging panel each year, comprised of literary critics, writers, academics and public figures.

On October 24th, history was made this year when, for the first time, an American author’s work was selected as the novel of the year. Paul Beatty’s The Sellout has been honored with the prestigious distinction of being the Man Booker novel of the year. This is doubly important not just because it was the first time an American author has won the prize, but because of the challenging and relevant content within Beatty’s novel.  The Sellout is a satirical tragicomedy that explores the problematic race relations in America, narrated by an urban farmer known only as “me,” who attempts to reintroduce segregation and slavery to Los Angeles. A tough subject to tackle, but all of the judges made the bold choice and agreed that the novel’s win was deserved due to the inventive satirical approach to the issues of racial injustice. 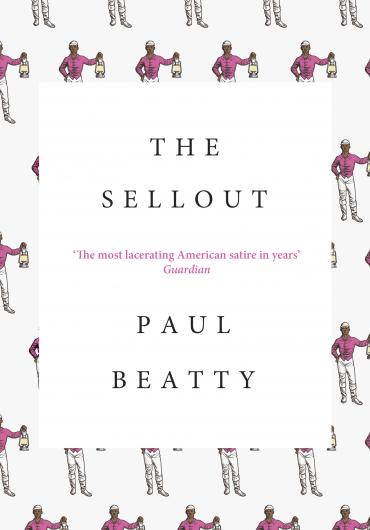 In a time of social and political unrest in the United States, this novel winning this prestigious award is not only a major literary moment for the United States but a political one as well. While satirical in nature, author Paul Beatty admitted at the London award ceremony that working on The Sellout had taken an emotional toll on him in the over five years it took for him to complete it. Not only was the content hard to present, but he even encountered problems trying to publish it. His novel was turned down nearly eighteen times from a number of different UK publishers. It was thanks to Oneworld Publications, an independent, family-owned publishing house, that the novel ever saw the light of day. The small company has been bestowed a rather unusual achievement. For two years in a row, one of its published titles has won the Man Booker Prize, the first being last year’s A History of Seven Killings by Marlon James.

Paul Beatty is an American author who was crowned the first ever Grand Poetry Slam Champion of the Nuyorican Poets Cafe in 1991. Since then, he has held a number of distinctions including a 1993 grand from the Foundation for Contemporary Arts, and the 2015 National Book Critics Circle Award for The Sellout in addition to the 2016 Man Booker Prize.