Ever since I was a teenager, I have been a huge fan of Sarah Dessen’s novels. It was actually her books that got me back into reading during my teen years. I own every single one of her novels that she has published including her latest, Saint Anything.

Sydney was never one for the spotlight. She left that to her older brother Peyton, who, one day, is involved in a terrible accident instantly throwing the family into the public eye, and landing Peyton in jail. Once again, Sydney feels left out in her own family because she is more concerned with the victim from the accident than her own brother.

Due to the costs of all the legal fees from Peyton’s trial, Sydney can no longer attend her private high school and must now attend the local high school. After stumbling upon a nearby pizza parlor, Sydney finds herself a new set of friends, including Mac, who makes her feel not so invisible for the first time. 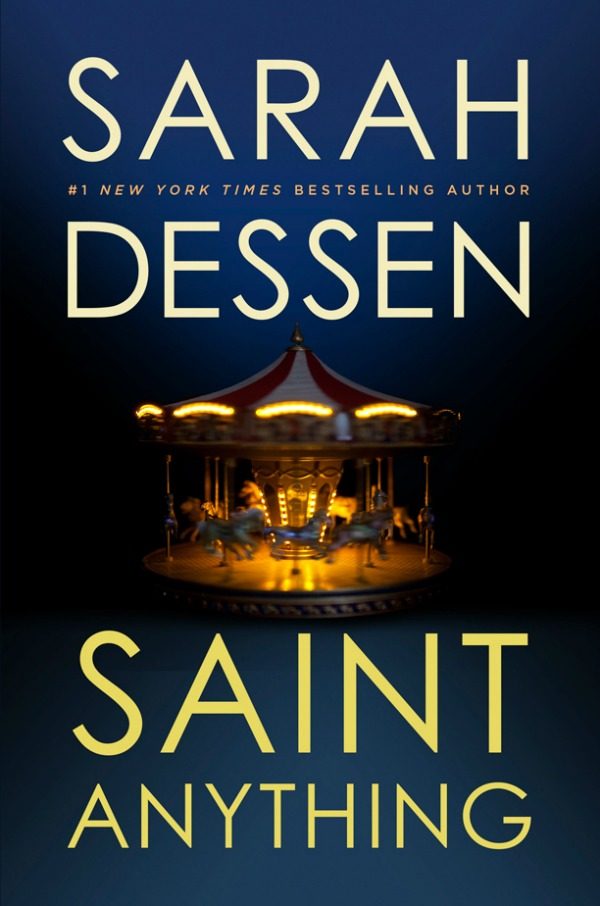 Sarah Dessen has done it again! She has written yet another fabulous novel all about family and self-discovery. I love that she is able to create relatable characters that are put into real life situations that any of her readers could be going through themselves.

Sydney is constantly living in her brother’s shadow and now has to deal with the aftermath of her brother’s accident. Anyone who has a sibling has more than likely felt like they were always being compared to the other.

On the other side of the story, Mac and his sister Layla are dealing with their mother having multiple sclerosis and trying to have a normal life as much as possible. There are many readers out there who may know what it’s like to have a sick parent that they have to care for, while also trying to live their own life to the fullest.

Together, each character helps one another with some aspect in their life and Dessen does a great job showing us that it’s important to surround ourselves with good people who will support us.

Saint Anything is an excellent read that you will not regret adding it to your To Be Read list!

In some more exciting news, Once And For All, Sarah Dessen’s newest novel, will be available in the summer of 2017! I personally can’t wait and once you read Saint Anything or any of her other novels, you won’t be able to either!

Books Similar to Saint Anything: