With all the tweet-bullying, wall planning, withholding tax returns, seeking overseas labor for his clothing line, bait-and-switching Trump University students out of thousands of dollars and an education, and sculpting whatever rests on top of his head, he’s simply too busy to pick up a book and look at hundreds of pages of words.

Whether he uses his inherited wealth to pay someone to read to him or opts for the audio version, here’s a list of books that Trump can make time for:

1. The United States Constitution: What It Says, What It Means by JusticeLearning.org

Claiming to have already read it, Trump doesn’t seem to be in any rush to accept Khizr Khan’s generous offer to borrow his copy of the U.S. Constitution. Given his campaign, however, the Republican nominee might not understand the parts about “liberty” and “equal protection of the law” that Khan suggested. This pocket guide goes over each Article and Amendment with explanations in plain English in terms Trump can understand. 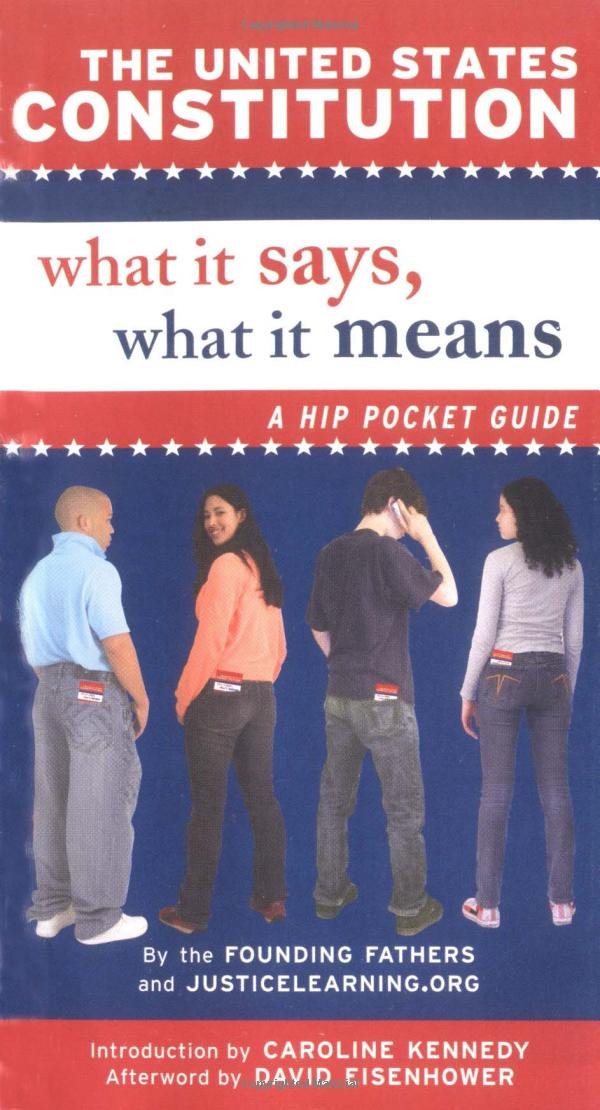 2. Hamilton: The Revolution by Lin-Manuel Miranda and Jeremy McCarter

Maybe the rhymes in the Hamilton soundtrack can help Trump remember the ideals upon which America was founded and the Constitution that abolitionist Alexander Hamilton worked non-stop to defend, or at the very least get the lyric stuck in his head that “Immigrants, we get the job done.” 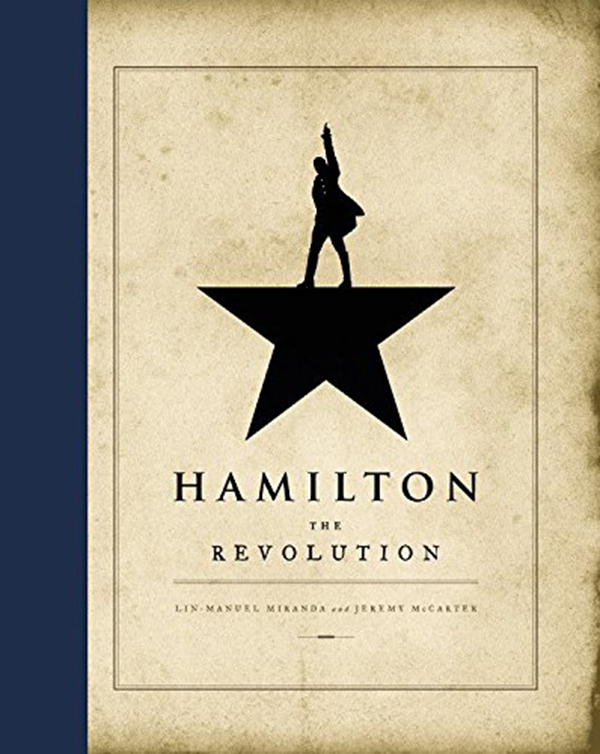 3. Kid President’s Guide To Being Awesome by Brad Montague and Robby Novak

At 11 years old, Kid President is full of wisdom that Trump could benefit from, like his reminder: “If we want to be awesome, we have to treat people awesome. Treat people like they are people, people. If we all do that, we’ll have a bunch of happy people.” For specific pointers on how to do that, we get to #4… 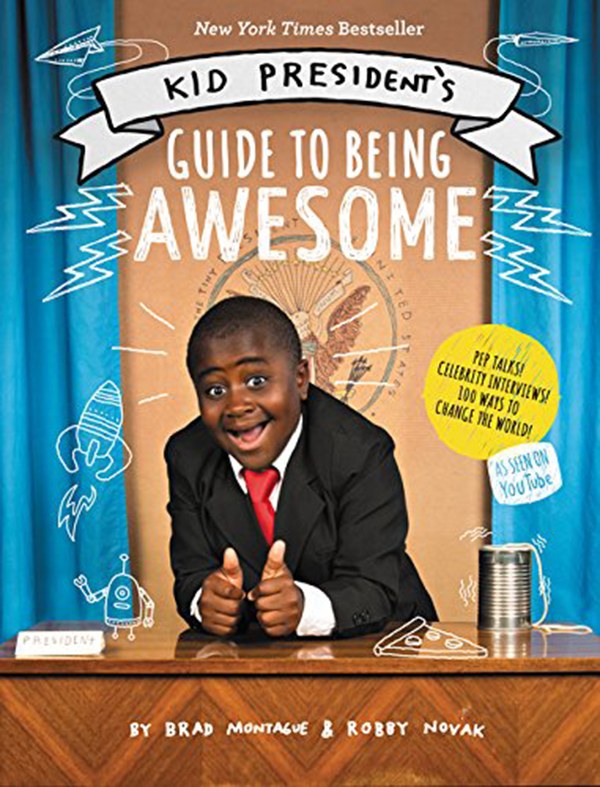 4. We Are All Born Free: The Universal Declaration of Human Rights In Pictures by Amnesty International

For the man who doesn’t have enough time to read and understand the whopping 30 Articles, pictures from some of the world’s best illustrators can show him the Universal Declaration of Human Rights, which entitles ALL people with the right to life, freedom, and safety, regardless of race, color, sex, religion, and nationality. 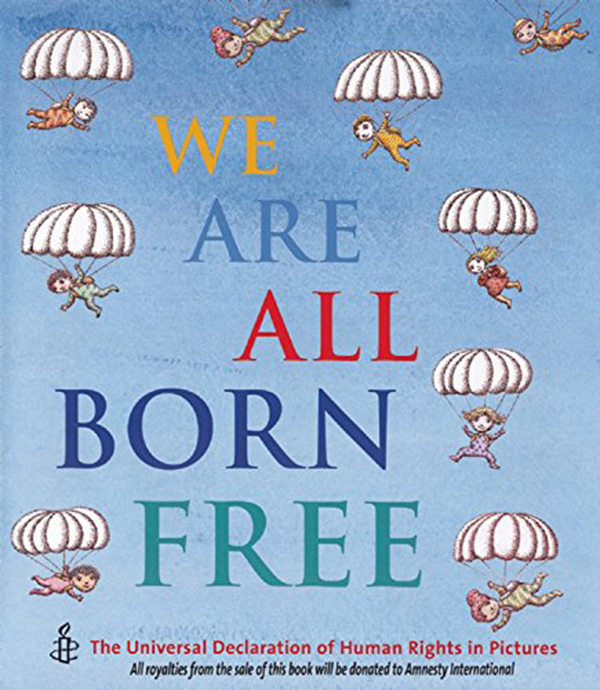 5. Spawn Kills Everyone by Todd McFarlane and J.J. Kirby

This new comic shows an extreme example of human rights being violated rather indiscriminately, with Trump on the receiving end of a beheading. Like Trump’s claims of his comments to second amendment supporters, McFarlane’s says his illustrations aren’t serious suggestions. 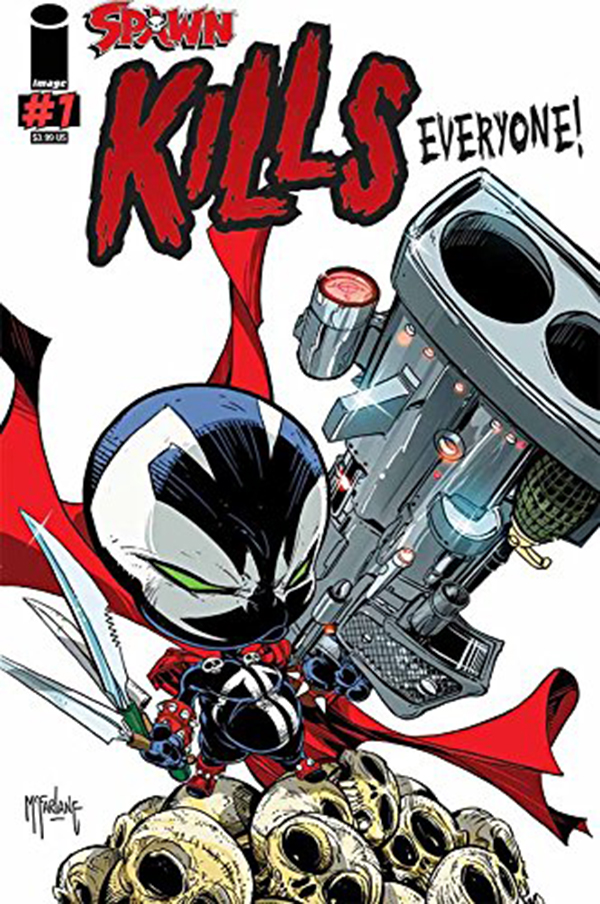 With the help of Curious George, Trump can see that despite celebrating different religious traditions, Muslims are still people who deserve the human rights illustrated in #4. 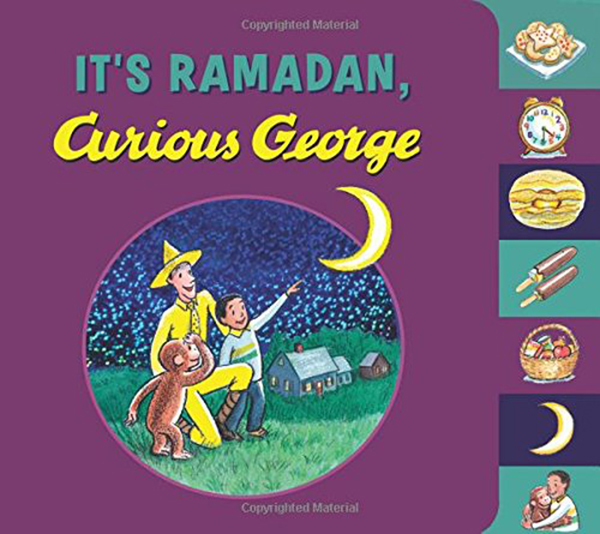 This book offers even more insight (and illustrations!) about Islam that can help Trump distinguish Muslims separately from ISIS. 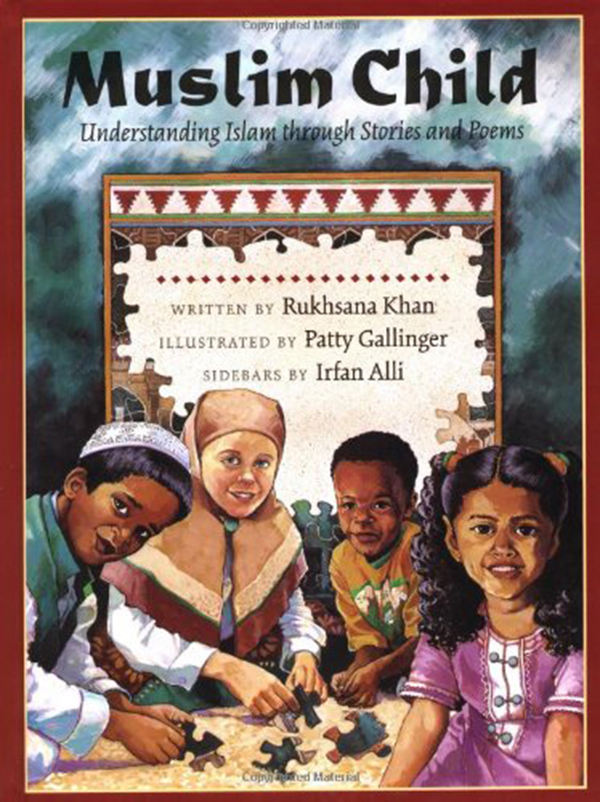 As the American boys in this story learn about the devastating realities of war through listening to a new neighbor who has experienced it first hand, perhaps Trump can gain a better understanding of the conditions refugees are fleeing from as they seek safety in the U.S. 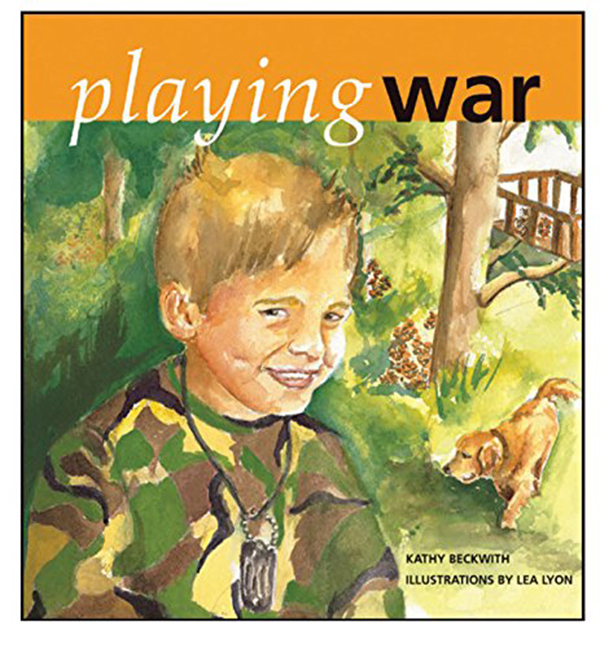 Here’s a cartoon about the history of Latinx people in the United States, who are also entitled to the human rights in #4. This book could introduce Trump to a broader representation of Mexicans in the U.S. outside of his view of them being drug runners, criminals, and rapists. 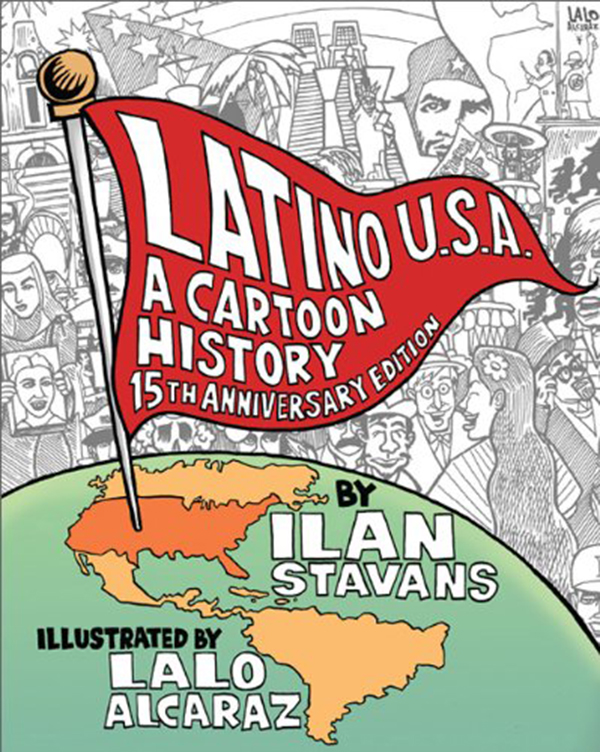 More pictures! These illustrations of Sonia Sotomayor’s life show Trump how one’s Latinx heritage does not preclude them from being a fair judge, and is also an example of how to talk about women in a non-demeaning way. 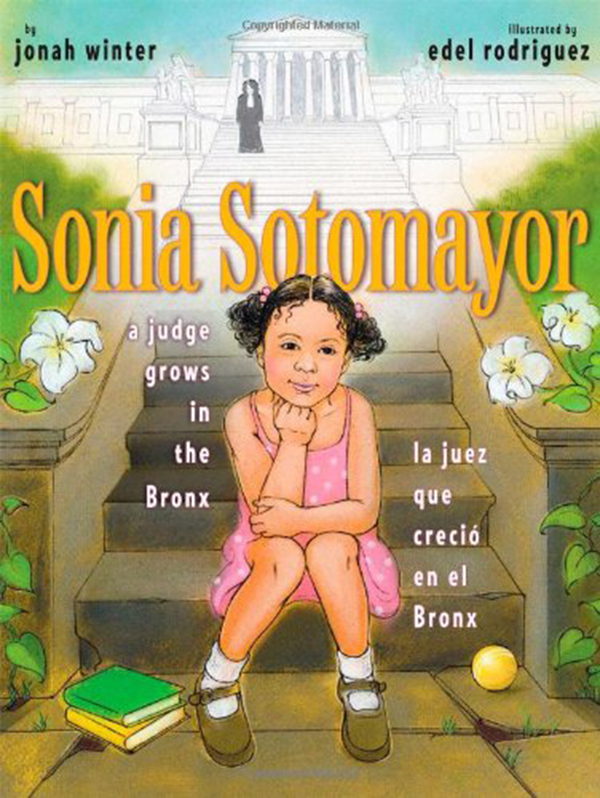 11. Return to Sender by Julia Alvarez

Although this selection doesn’t rely on pictures, Trump can listen to the audiobook on how the assistance of undocumented migrant workers is vital to the success of the American characters. 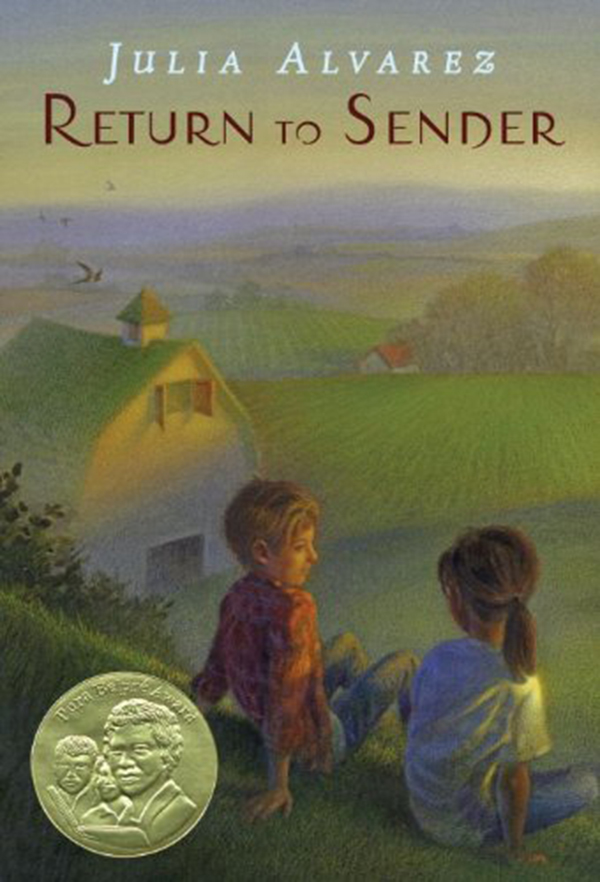 An audio version of this short essay by Stephen King is available for Trump to hear, as the horror novelist and gun owner addresses the issues of gun control and gun rights in hopes of preventing the nonfictional horror of mass shootings that have become commonplace across the country. 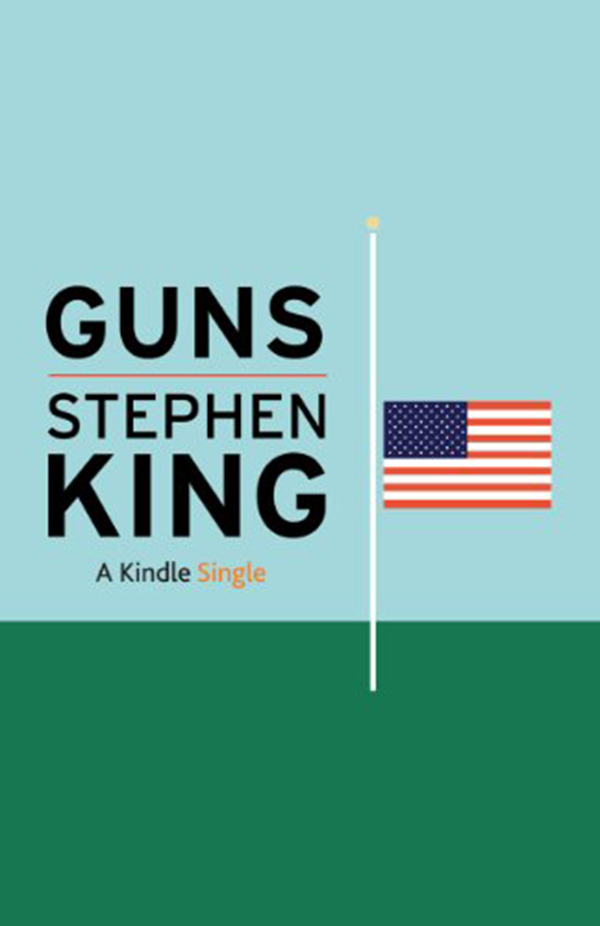 13. Heart and Soul: The Story of America and African Americans by Kadir Nelson

Along with victims of mass shootings committed with illegally obtained guns, black citizens have lost their lives at the hands of police officers who legally wielded guns. While Trump suggests that the #blacklivesmatter movement promotes killing police, this book shows the necessity of the hashtag through illustrating America’s history of not valuing black lives in a tradition that is still carried out today. 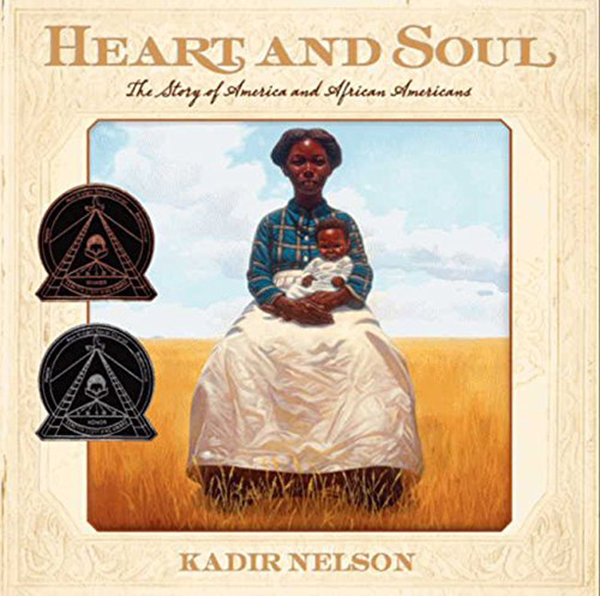 Maybe Trump is so confrontational because of all the stress involved in the unfamiliar territory of politics. Here’s a book he doesn’t even have to read that can provide him with a therapeutic activity while enchanting him with images of his favorite person. 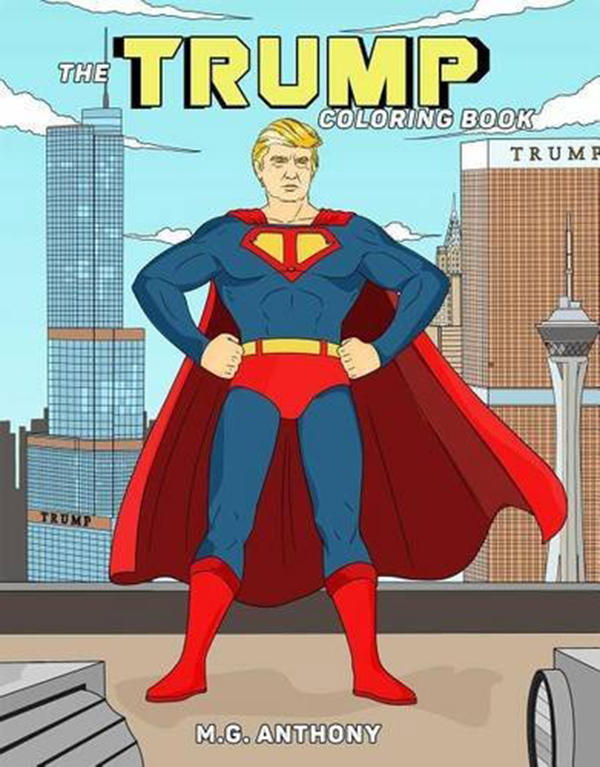 Being president requires a lot of reading. If he can’t get through this list, it’s not too late to return to his reality TV career.