We are all familiar with the epic adventures that Alice Liddell takes on her journey through Wonderland. Lewis Carroll’s Alice’s Adventures in Wonderland and Through The Looking Glass were meant as nothing more than to become classic 1800’s children novels that were to be, and have been, loved by all ages throughout generations of avid fictional readers. However, Alice in Wonderland has now become related with a mental health disorder known as “Alice in Wonderland Syndrome” (AIWS).

AIWS is a perceptual distortion disorder, where objects appear larger or smaller and closer or further away than they actually are. This is a phenomenon that Alice experiences on her adventures throughout Wonderland, hence the naming assimilation. It is evident throughout the story in confrontations such as that with the hookah-smoking Caterpillar who tells Alice that one side of the mushroom “will make you grow taller, and the other side will make you grow shorter”.

The condition, known as AIWS, was described by British psychiatrist, John Todd in 1955. It was originally thought to only occur as a bizarre side effect of some severe migraines. However, it is now understood that really bad headaches are not the only cause for AIWS. It is now understood that AIWS can also occur as a result of excessive leisure drug use, among other causes. 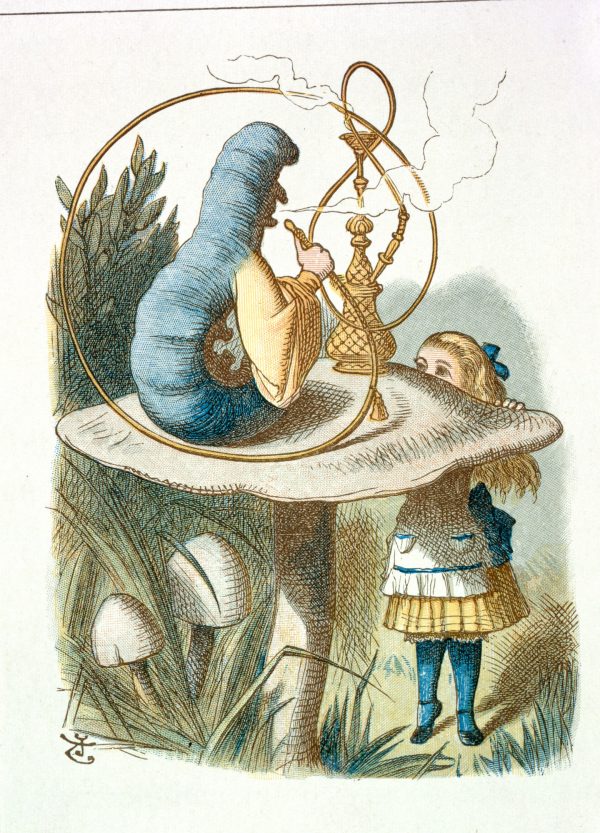 Drug Use and Alice in Wonderland Syndrome

Alice’s mind-bending journey has resulted in many comparisons with an LSD (lysergic acid diethylamide) high. One patient, who became a member of a study for AIWS, a 26-year old male with a history of alcohol, marijuana and LSD use, sought assistance from a psychiatrist after he had observed frequently perceiving objects and people out of proportion. The queer aspect of this observation was that the patient had not been taking LSD for quite some time, due to being sworn off from a bad trip, when he began to experience these symptoms. It is not uncommon for AIWS to persist during LSD use, but the peculiarity of this case was its occurrence after the patient was clean from the drug. A condition known as “hallucinogen persisting perception disorder” was his diagnosis, and it was manifesting as Alice in Wonderland Syndrome.

During the course of the patients study, it was suggested that LSD may have a temporary toxic effect on the lateral geniculate nucleus, an area of the brain involved with visual perception. Impairment of this region of the brain could cause macropsia, micropsia, pelopsia and teleopsia, which are common conditions relating to AIWS.

As previously mentioned, AIWS is not just related to drug use, but in fact can be a terrible aura side effect of some extreme migraines. Migraine auras are a rare phenomenon, occurring in roughly only 20% of migraine sufferers, with AIWS auras occurring in even less.

The onset of the syndrome appears to be caused by a hypersensitivity in the brain starting in the occipital lobe at the back of the brain that affects the sufferers visual abilities. This hypersensitivity can also spread to the parietal lobes which discerns size and shape perception. 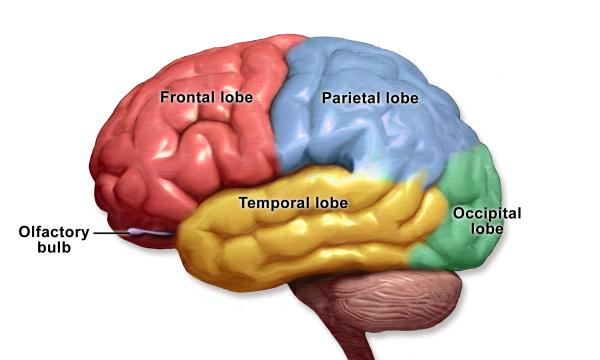 Other Causes and Treatment

In addition to psychoactive drug use and migraine, other conditions have been documented as causing patients to have an onset of AIWS. These include temporal lobe epilepsy, brain tumors and Epstein-barr-virus.

Although AIWS is most often a temporary condition, chronic cases do exist, though sufferers do eventually get over the condition. As with common migraines, there is currently no cure for AIWS, only migraine prophylaxis, management and diet, all of which are not 100% effective. There appears to be no permanent side effects or brain damage due to the condition.

So the question now arises, did Lewis Carroll engage in the leisurely use of psychoactive drugs such as LSD?

There is no historical records to suggest that Carroll ever tried these types of drugs. In addition, LSD did not exist in the 1800’s when Carroll was alive, and if it did, studies have shown that drugs not only fail to enhance personal creativity, but repeated use considerably suppresses an individuals power of creative imagination.

However, records do exist that show that Carroll experienced migraines. This leads to speculation that the auras he may have experienced whilst having a migraine could have inspired many of the perception-related adventures Alice had in Wonderland.

What do you think of naming such a condition after a beloved children’s story?