Bill Nye the Science Guy is well-known for his beloved television series from the 90’s that taught children to love science. Nye has teamed up with author Gregory Mone for a new series meant to reach young children, and to inspire them through science. Mone is known for several science and adventure books including Fish, Dangerous Waters: An Adventure on the Titanic, and The Truth About Santa.

Their new series is aimed at children between 3 to 7, but is open to all ages. It follows 12 year old foster child Jack, and his two foster siblings, Ava and Matt, as they embark on an adventure that begins when they meet Dr. Hank Witherspoon (a character loosely based on Nye). The children follow Witherspoon to Antarctica to investigate the disappearance of a colleague. The first in the series was released in April, and is entitled Jack and the Geniuses at the Bottom of the World. The second book, Jack and the Geniuses: In the Deep Blue Sea is set for a September 12th release. The three children will travel with Witherspoon to Hawaii to visit a technology billionaire named Ashley Hawking. An excerpt for the upcoming book can be found at Entertainment Weekly. 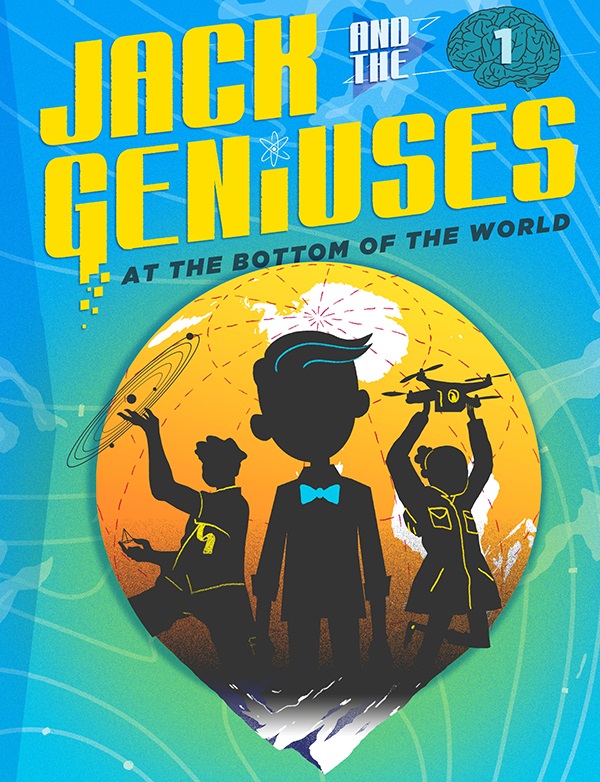 Gregory Mone met Bill Nye ten years ago when he saw him at a cafe, and was quick to introduce himself. The topic of conversation went to surfing, and Mone invited Nye to go surfing with him the next day. Nye surprised him by showing up. This paved the way for the two to reconnect later when Nye was searching for someone to work on these books with. Mone shares that when collaborating, he usually likes to be in charge of the ideas, but while working with Nye, he found that ended up liking Nyes ideas better: “I was thinking of setting the book in the Arctic and he said, ‘No, no, we’ve got to do it down in Antarctica, down in the South Pole, at the research station there.’ And you know, you always like your idea better at first, but then I thought about it and it was totally the right decision. It’s a way better setting. It’s a really kind of a funny, weird, exciting place.”

The idea for the main three kids came from a column Mone wrote for Popular Science, called “You Built What?” The column featured a range of people that built strange stuff, which included children inventors: “It would be a 17 year old kid or a 15 year old kid who built something you would think a kid could never build, a submarine, a nuclear reactor, crazy stuff. When I was talking to Bill about it, I said ‘we’ve got to have kids like this’ and he jumped on it. But nothing they do is impossible. That was really important. That was one of [Bill’s] rules.” 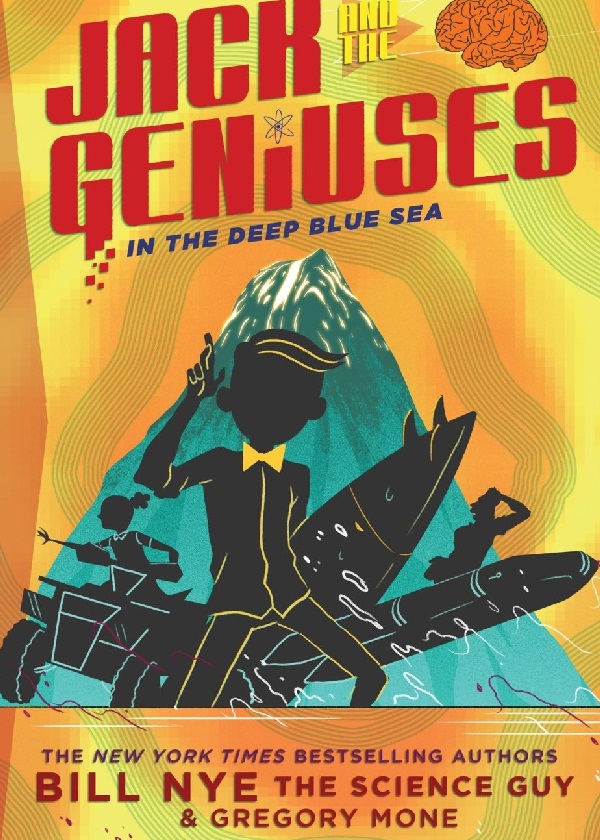 Invoking curiosity in children, and getting them to question the way the world works is what Mone hopes will be taken away from the books: “There’s a character in here, Ava, who’s always taking things apart to see how they work and puts them back together. A couple kids might break their parents’ vacuums or take apart the printer to find the electric motors inside, but that’ll be good. We apologize in advance to those parents (Newsweek).”

What Nye hopes kids will find in these books is the same passion for science that he found as a child: “The fire of excitement that I feel about science today was kindled when I was a kid. Like any kid of any age, Jack and the Geniuses love science and seek adventure. Here’s hoping that a few kids read these books and have scientific adventures for the rest of their lives (Entertainment Weekly).”

For more from Bill Nye, you can watch his science Netflix series. Watch the trailer here.