Love letters are a timeless staple of some of the best love stories. You can find them all over literature, and these 10 are just a taste of what’s out there.

A note of caution before you continue reading, some of the letters mentioned in this list happen at pivotal moments of the novel, so there may be some spoilers.

Whatever happened to that first great love of your life? This novel attempts to answer that question with the story of Travis and Craig. The pair fell in love during the senior year of high school but drifted apart as they both left for college. 20 years later, both have great lives, but both feel they are missing something. It is Travis who first comes to the conclusion that even after all this time, he’s still in love with Craig. With that, he plans to risk everything to give it one last shot. This book is told in a mix of narrative, checklists, and letters. 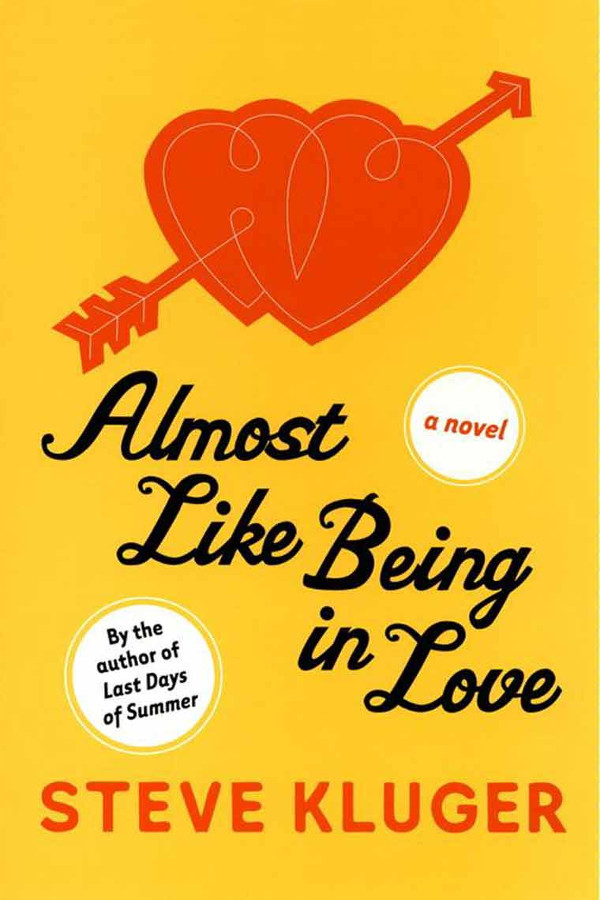 Few people in this world find their perfect soulmates. Gerry and Holly were such a lucky couple. They were perfect for each other, but then Gerry tragically dies. Holly is devastated by his death, but then the unthinkable happens: she gets a letter from Gerry, and another, and another. Before his death, Gerry left her a bundle of letters, guiding Holly into her new life, all signed, “P.S. I love you.” 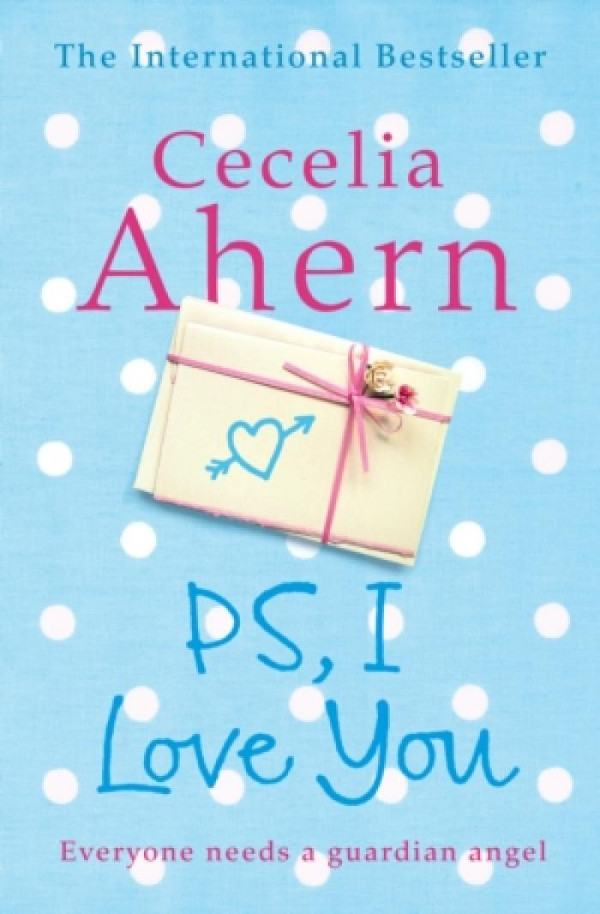 3. The Fault in Our Stars by John Green

Since being diagnosed with terminal cancer, Hazel has done everything to lessen the effect her death will have on the people around her. Everything changed when she met Augustus at a support group and the two begin a star-crossed romance that is equal parts funny, beautiful, and tragic. At the end of this novel, Hazel finds a letter that Gus wrote to her ex-favorite author about his feelings for Hazel: “I am so lucky to love her… You don’t get to choose if you get hurt in this world, old man, but you do have some say in who hurts you. I like my choices. I hope she likes hers.” 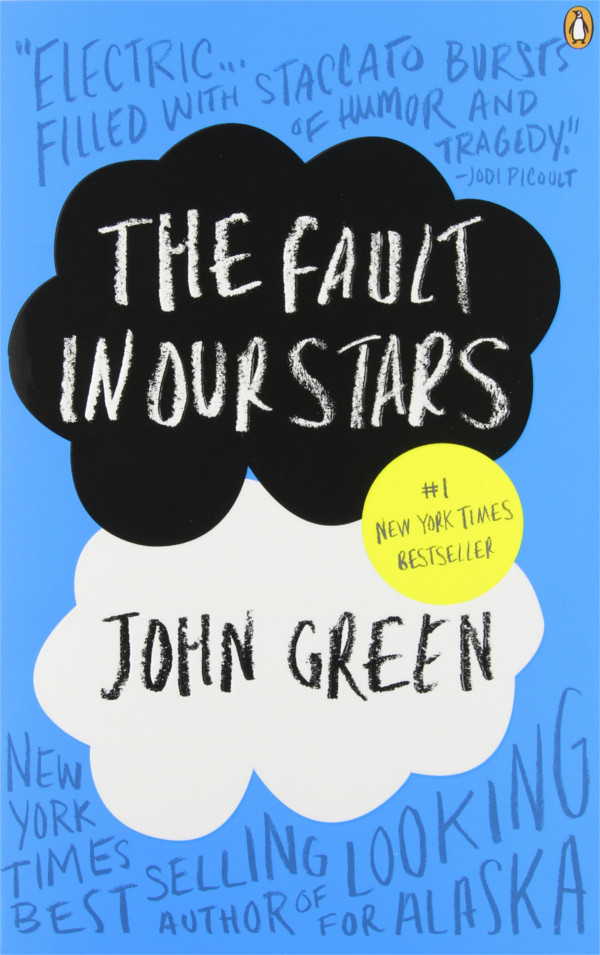 At the young age of 19, Anne Elliot met and fell in love with navy man Captain Frederick Wentworth. However, at the time he was deemed an unsuitable match for her, and she was forced to break things off. Years later, Wentworth returns after making his fortune in the navy. While Anne is uncertain of Wentworth’s current feelings, he hands her a beautiful note to put her worries to rest : “You pierce my soul. I am half agony, half hope. Tell me not that I am too late, that such precious feelings are gone forever. I offer myself to you again with a heart, even more, your own than when you almost broke it eight years and a half ago.” 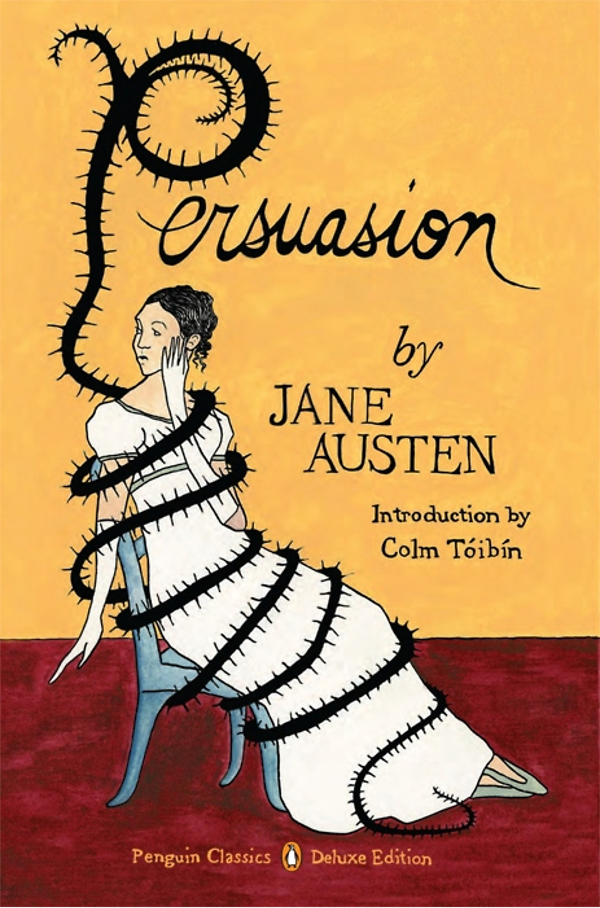 5. Me Before You by Jojo Moyes

Will Traynor had it all. He was rich and lived a life of travel and excitement. However, Will was left wheelchair-bound after a severe accident. Louisa Clark lived a completely ordinary life until she took a job as Will’s caretaker. Will’s love letter to Louisa comes near the end of the book where he writes: “You are scored on my heart, Clark. You were from the first day you walked in, with your ridiculous clothes and your bad jokes and your complete inability to ever hide a single thing you felt.” 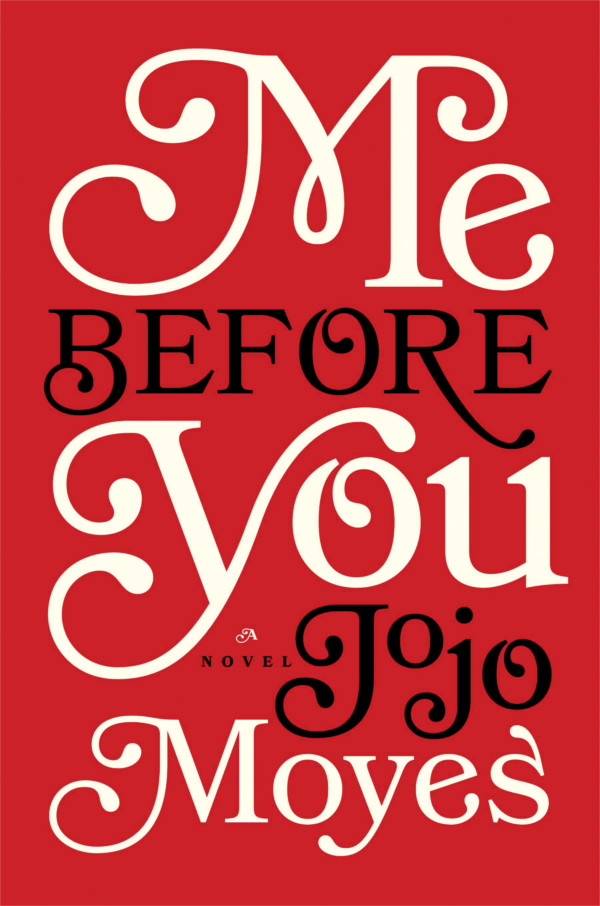 6. The Notebook by Nicholas Sparks

How could there be a list of books about love letters without Noah and Allie’s story included? The Notebook is a story of how love is timeless, ageless, and enduring. When Noah returns to his North Carolina home after WWII, he can’t stop thinking about Allie, the girl he fell in love with more than a decade ago. Allie is getting ready to marry a wealthy lawyer but can’t get Noah out of her head. This novel features a letter in which Noah is saying goodbye: “The best love is the kind that awakens the soul and makes us reach for more. That plants a fire in our hearts and brings peace to our minds. And that’s what you’ve given me.” 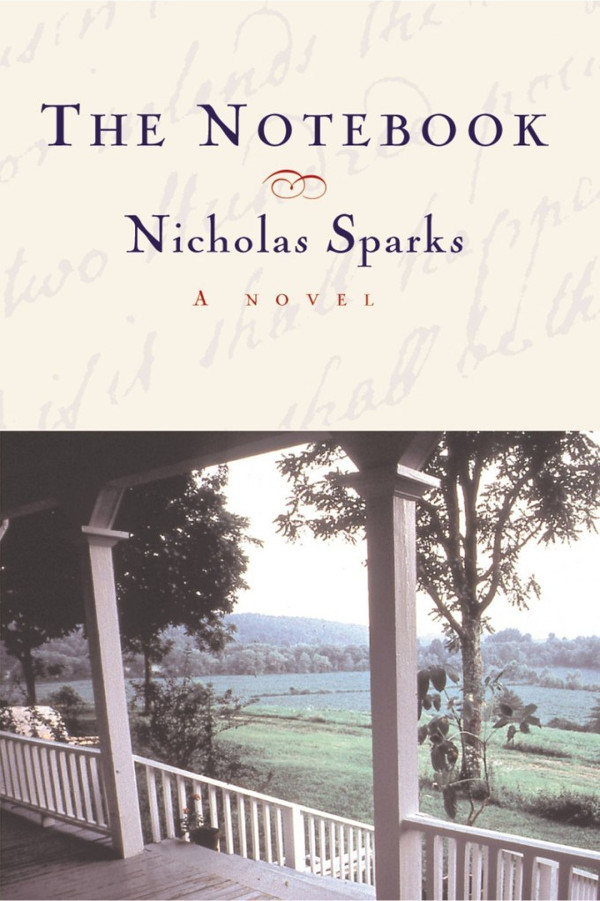 7. Love in the Afternoon by Lisa Kleypas

Beatrix Hathaway is a free spirit that, while having participated in London society, has never been seriously courted. Captain Christopher Phelan had intended to marry Beatrix’s friend, Prudence, but the war has darkened his heart and he does not believe she will still love him. To help her friend, Beatrix starts writing to Christopher, pretending to be Prudence. Through words she rekindles their love, though what will happen when Christopher finds out? 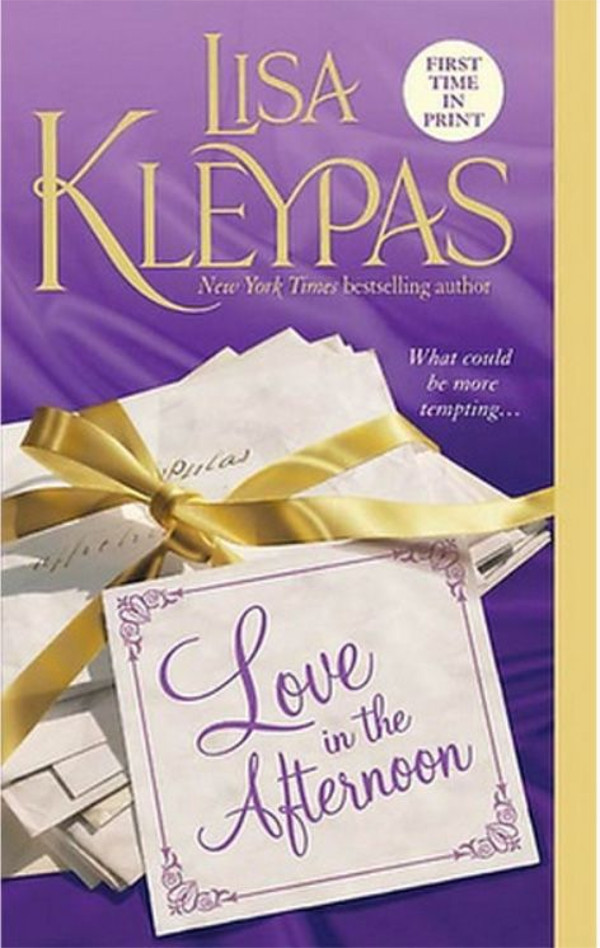 8. To Sir Philip, With Love by Julia Quinn

Sir Philip assumed that Eloise was a homely spinster, which was exactly why he proposed to her. Except Sir Philip did not expect a beautiful lively woman to show up on his doorstep. At first, Eloise thought the idea was mad, who would marry someone they never met? But then she started wondering…and found herself hiring a carriage to take her to Sir Philip. She had been hoping for a London gentleman, but that wasn’t quite what she got. This novel features many memorable letters, but one in particular from a mother to her child says: “Know what you want and reach for it. And if you don’t know what you want, be patient. The answers will come to you in time, and you may find that your heart’s desire has been right under your nose all the while.” 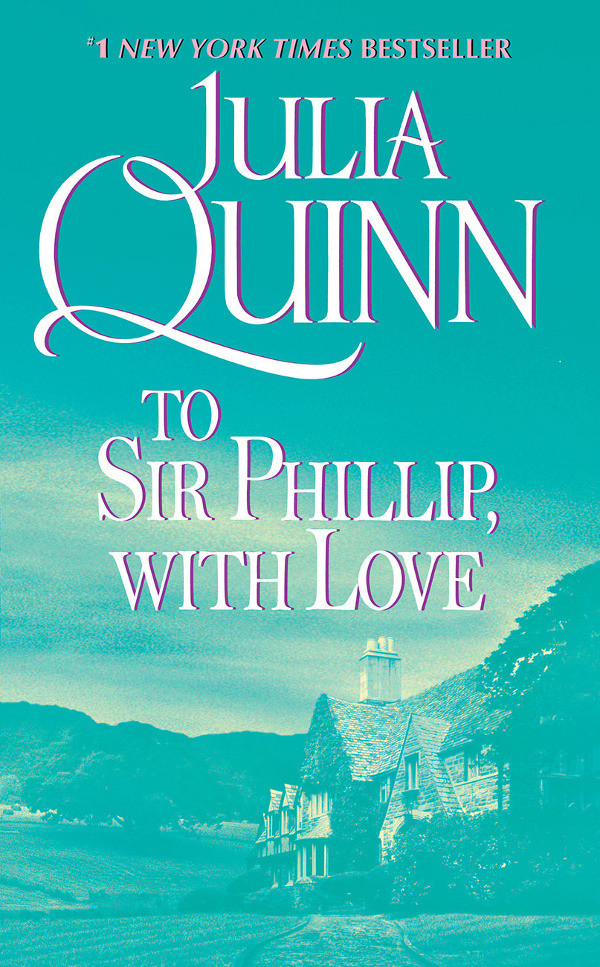 This novel explores the possibility of two strangers meeting on Twitter and falling in love. Mark is an English professor traveling abroad, and Abby is an author with a bad case of writer’s block. With the help of Mark, Abby breaks her writer’s block one tweet at a time. 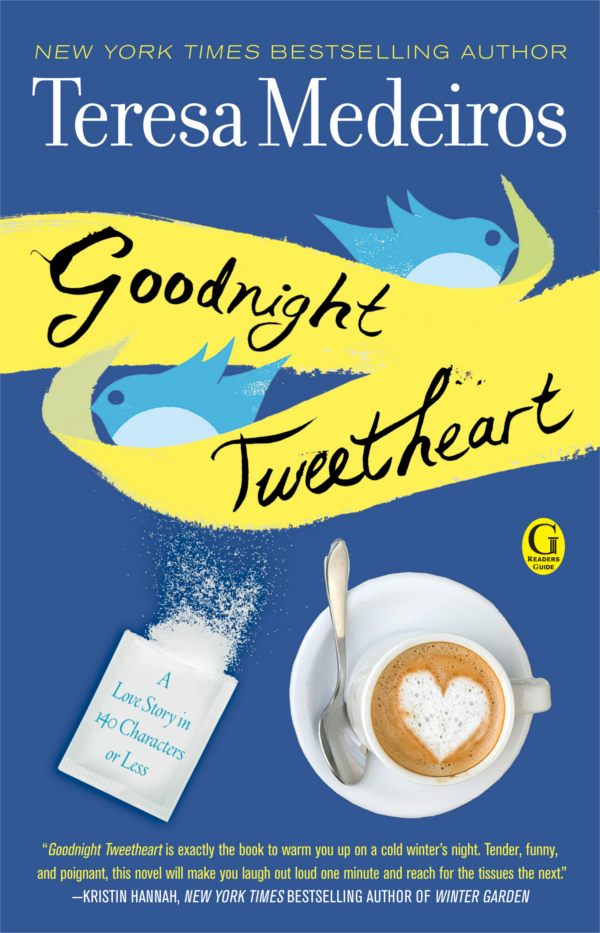 Maddy has a rare disease that makes her allergic to the world. She hasn’t left her house in 17 years, and her only company is her Mom and her nurse Carla. Olly is the boy next door. In this YA romance, Olly and Maddy first communicate over email and IM, as she’s unable to leave her room. What conspires is a sweet love story about first love. 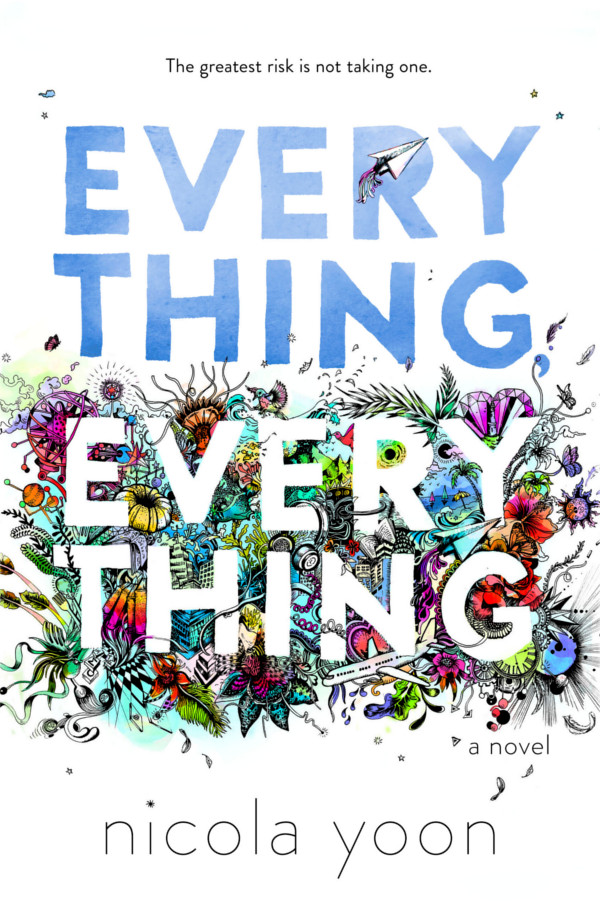 Do you believe love letters are still romantic in the modern age? We do!