The health benefits of reading are well-documented. But there’s one benefit that never ranks a mention: did you know that reading can save you from serious injury or even death? Let me explain.

Many of us, from time to time, are seized by wanderlust, i.e. the urge to head out into the big wide world and explore the road less traveled. But the road less traveled is a dangerous place. No need to go ourselves: many great explorers, at least the ones who survived, wrote best-selling books about their adventures. Here are 10 must reads for the armchair explorer:

1. Personal Narrative of a Pilgrimage to Al-Madinah and Meccah by Sir Richard Francis Burton

I first met Sir Richard Burton, figuratively speaking, in the movie, Mountains of the Moon, a dramatized account of how he and fellow explorer, John Hanning Speke went in search of the source of the Nile. Burton was quite a guy: geographer, translator, writer, spy, linguist, poet ,and diplomat.

This book documents his journey, in disguise, to Mecca. At the time of his visit, Europeans were forbidden and discovery would have meant death. 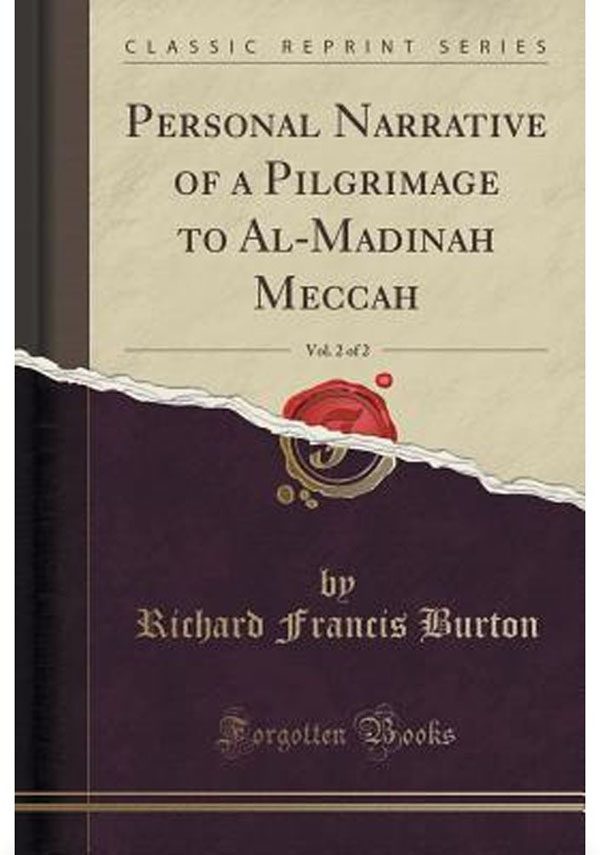 2. Sailing Alone Around the World by Captain Joshua Slocum

Slocum started his seafaring life as an ordinary seaman and sailed the seven seas for many years, rising to the rank of captain. He was the first person to sail solo around the globe; no wonder his book became a best-seller. 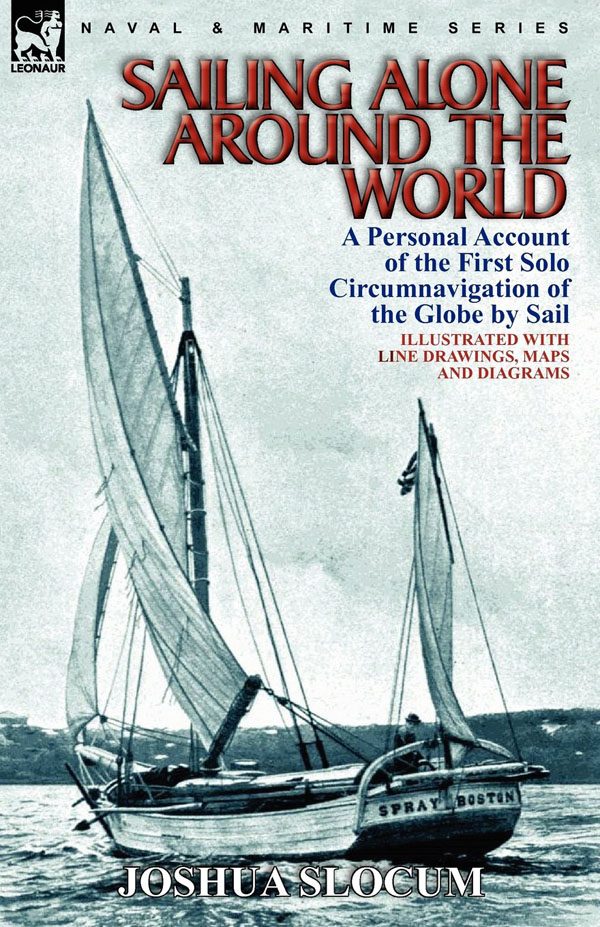 3. My Journey to Lhasa by Alexandra David-Neél

Like Burton before her, Alexandra David-Neél was a person of many parts: feminist, anarchist, writer, opera singer, lyricist, and teacher. And like Burton, she disguised herself to undertake a journey forbidden to foreigners. Her books, of which My Journey to Lhasa is the most well-known, sparked world-wide interest in eastern religions. 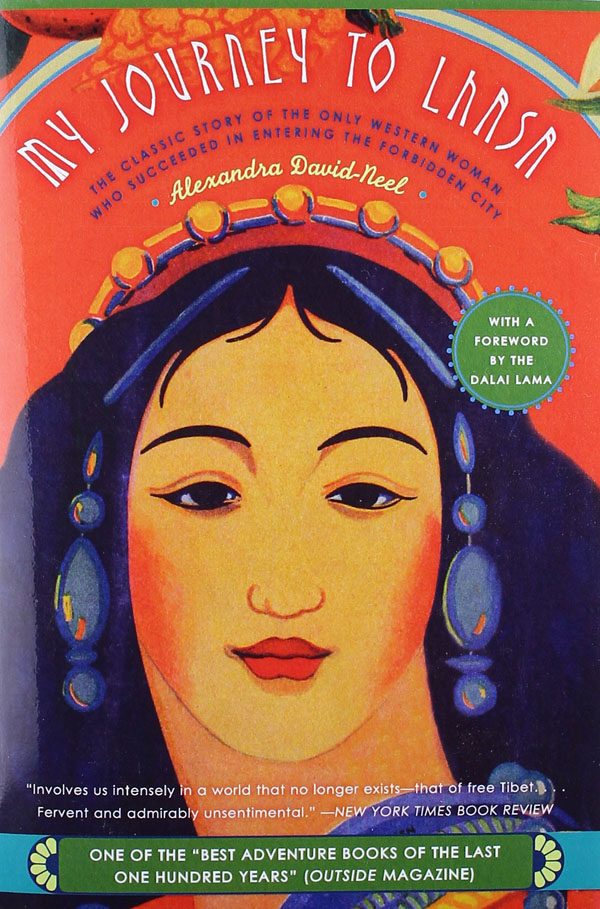 4. West with the Night by Beryl Markham

Beryl Markham grew up in Kenya and worked there as a bush pilot – amazing as she was born in 1902. She was also the first woman to fly solo across the Atlantic from east to west. In 2004, National Geographic put her memoir, West with the Night, at number 8 on a list of 100 best adventure books. 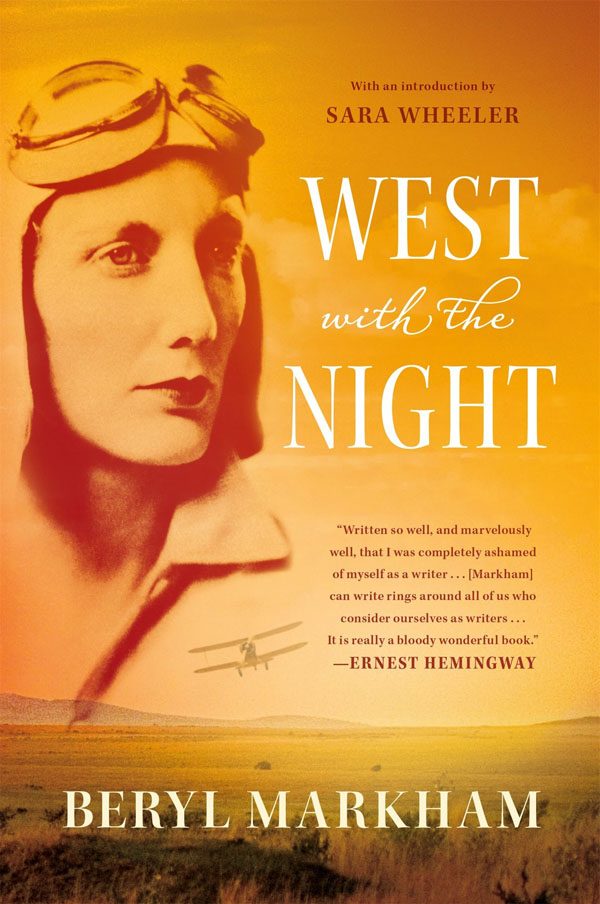 In 1947, to test his theory that people from South America settled in Polynesia, Norwegian explorer Thor Heyerdahl built a raft and sailed it across the Pacific. He attempted to stick as closely as possible to the building materials that would have been used in pre-Columbian times, though he did pack a radio. The book about his voyage became an instant hit. 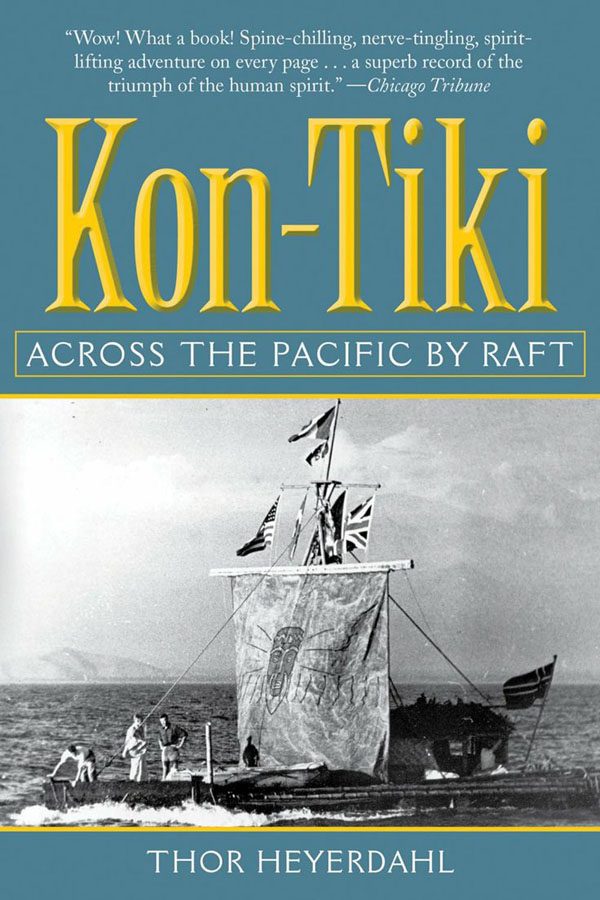 6. A Short Walk in the Hindu Kush by Eric Newby

The title gives a sense of the whimsical nature of this book which has been described as a comic masterpiece. Newby, who had no mountaineering experience, trained for his big adventure on a weekend in Wales; not the best preparation to take on Afghanistan’s rugged Nuristan region. He survived to tell the tale, and many others, and we are all the richer for it. 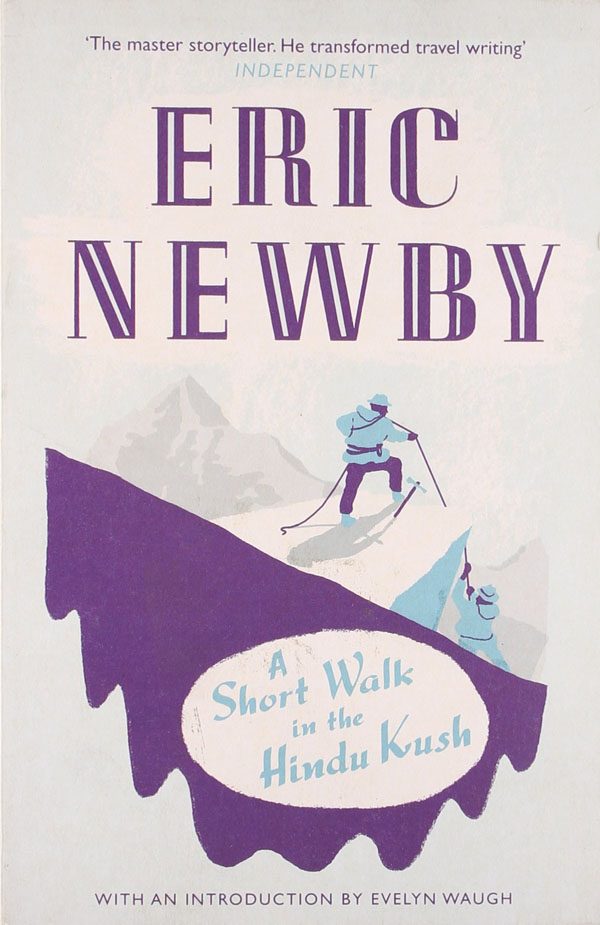 Robyn Davidson trekked from Alice Springs in central Australia, across the Outback to the coast of Western Australia with a dog and four camels. After some persuasion, she agreed to document her journey for National Geographic. Photographer Rick Smolan joined her at intervals during the trek and there was so much interest in the article, she ended up writing her bestseller. 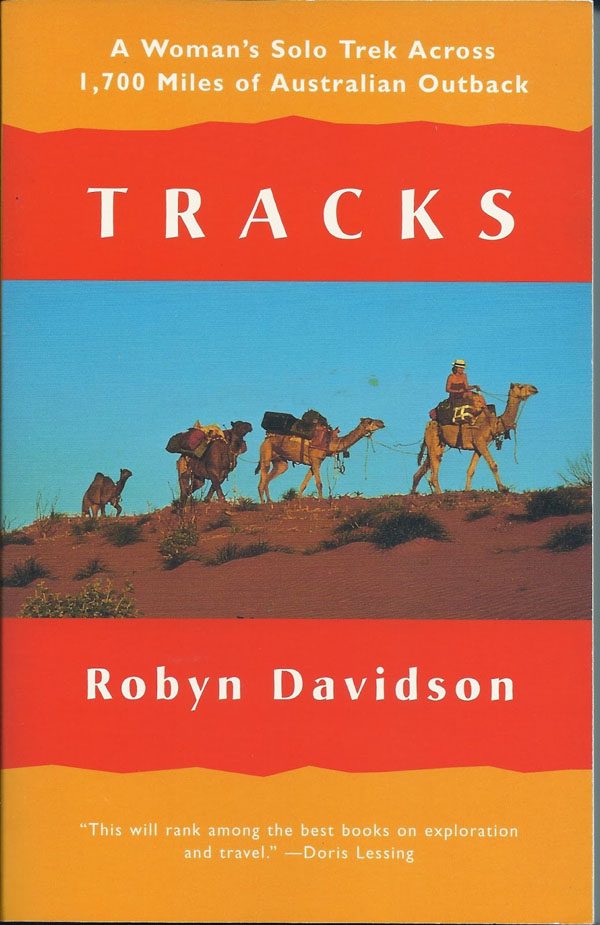 8. Touching the Void by Joe Simpson

In 1985, two gung-ho young climbers set out to conquer the Siula Grande in the Peruvian Andes. They made it to the summit but the journey down was almost fatal for Joe Simpson when partner Simon Yates was forced to cut him adrift. Touching the Void is Joe’s harrowing account of how he survived. 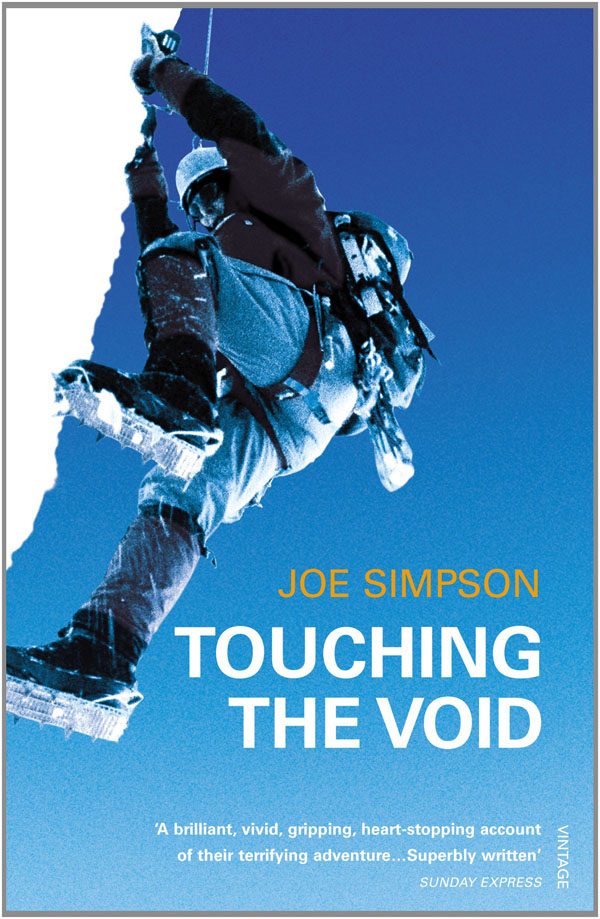 9. Running the Amazon by Joe Kane

Between August 1985 and February 1986, journalist Joe Kane traveled the entire length of the Amazon, from its source in Peru to the Atlantic: 4,200 miles, some of it a white-water, white-knuckle descent. 10 people started the expedition but only four completed it. 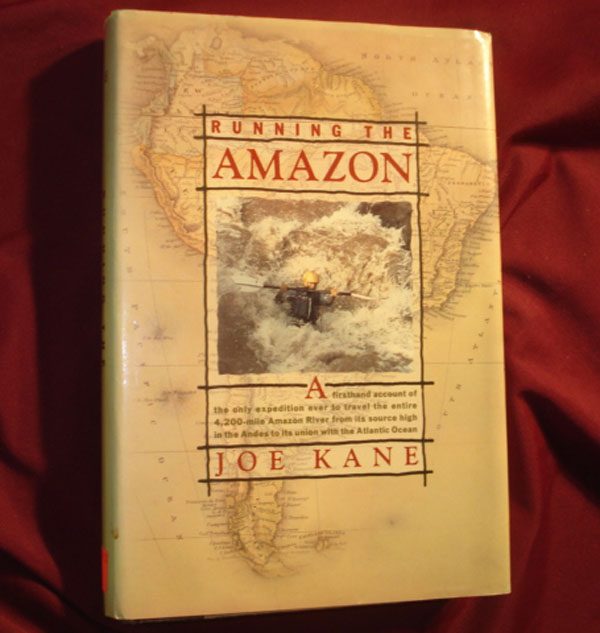 10. A Walk in The Woods by Bill Bryson

Bill Bryson’s writing appears light-hearted but there is always more going on than meets the eye. A Walk in the Woods is no exception. Woven throughout Bryson’s funny account of his attempts to conquer the Appalachian Trail are ruminations on history, nature, life, death, and bears. 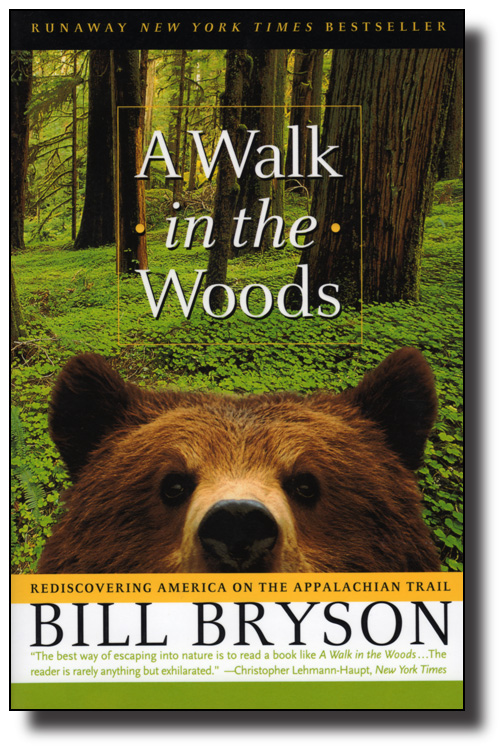 The next time you hear the siren song of wanderlust, you know what to do. Get comfortable in your favorite armchair, open one of these books and let the treacherous melody waft away on the west wind.

Featured image via The Adventures of An Armchair Explorer