Sick of seeing recycled, sensationalist depictions of Arab society in the media? I know I am. While I may not be able to visit the region known as the Middle East (weird as I’m in Tasmania and east of here is South America), I can pick up a book and learn about that part of the world through literature.

Here is an eclectic mix of 10 books to take me on my journey:

Chreiteh is actually of Lebanese decent, though her novel is one that fits in with the rest perfectly. At first glance, you might think Alexandra Chreiteh’s debut novel is chick-lit. But don’t be fooled, young narrator Abeer is on a steep learning curve, caught between her conservative background and her new best girlfriends at university. Beirut, her home-town, seems to be changing fast thanks to globalization. But as the saying goes, “the more things change, the more they stay the same…” 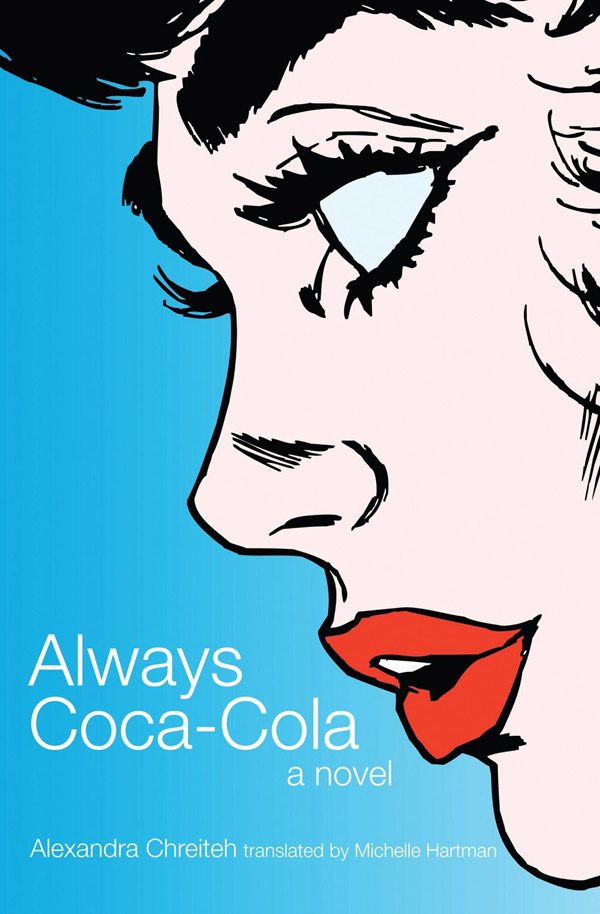 Former diplomat Niza Kabbani had a way with words. One of his first poetry collections, The Brunette Told Me, published while he was still a student, scandalized society with its frank references to a woman’s body. He acknowledged that writing about love made him a revolutionary, “Love in the Arab world is like a prisoner, and I want to set (it) free. I want to free the Arab soul, sense and body with my poetry.” 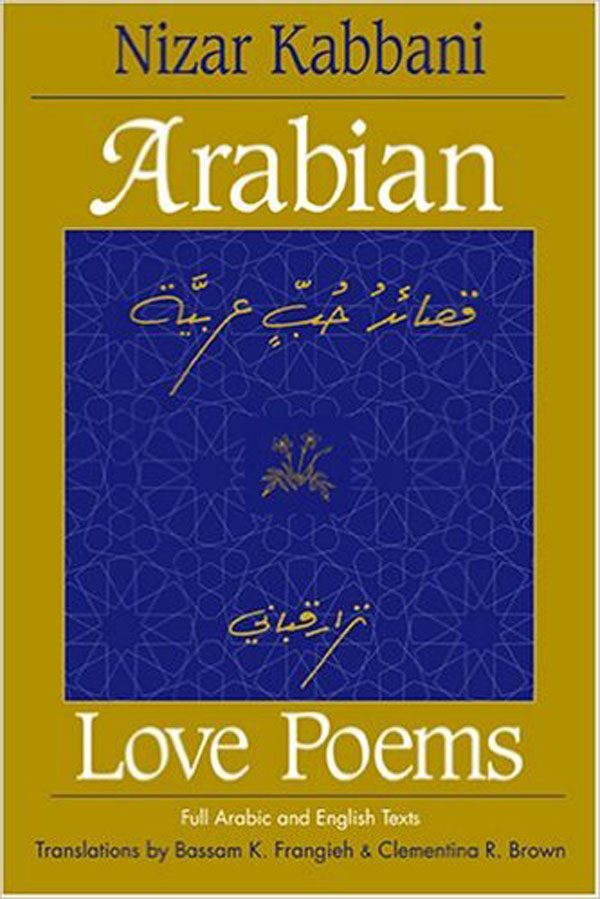 3. City of Jackals by Parker Bilal

Parker Bilal is the pen name of literary novelist, Jamal Mahjoub, who, like his hero Detective Makana, has Sudanese roots. Makana’s beat is the mean streets of Cairo. Like all good fictional detectives, a tragic past is hinted at and he has an unconventional place to lay his weary head – in this case an old houseboat on the Nile. 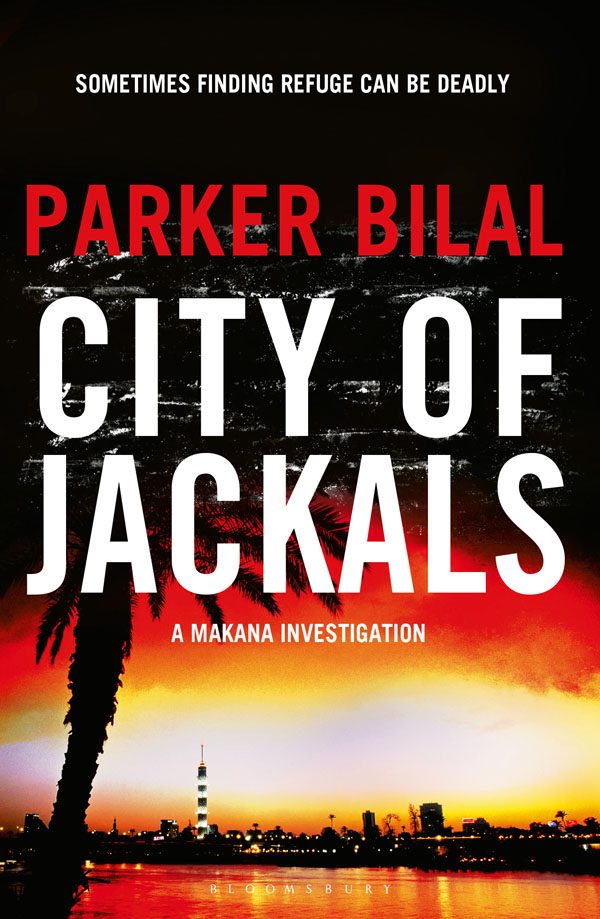 “My father used to kidnap people and kill them,” is the opening line of Rabee Jaber’s fictional memoir of Lebanon’s civil war. The narrator suffers guilt by association as he recounts the horrors of that time. The English translation by Kareem James Abu-Zeid was a finalist in the 2017 Pen Translation Prize. 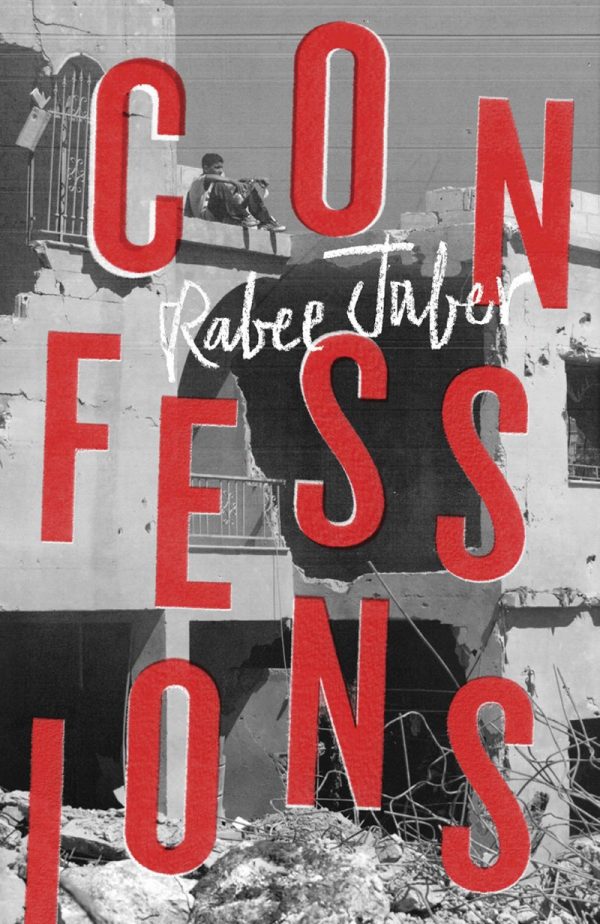 5. No Knives in the Kitchens of This City by Khaled Khalifa

In No Knives in the Kitchens of This City, Khaled Khalifa chronicles Syria’s long slide into civil war. If you thought this war started six years ago, think again. Khalifa’s story chronicles the lives, loves and enemies of a large family across generations, stretching back to World War I. 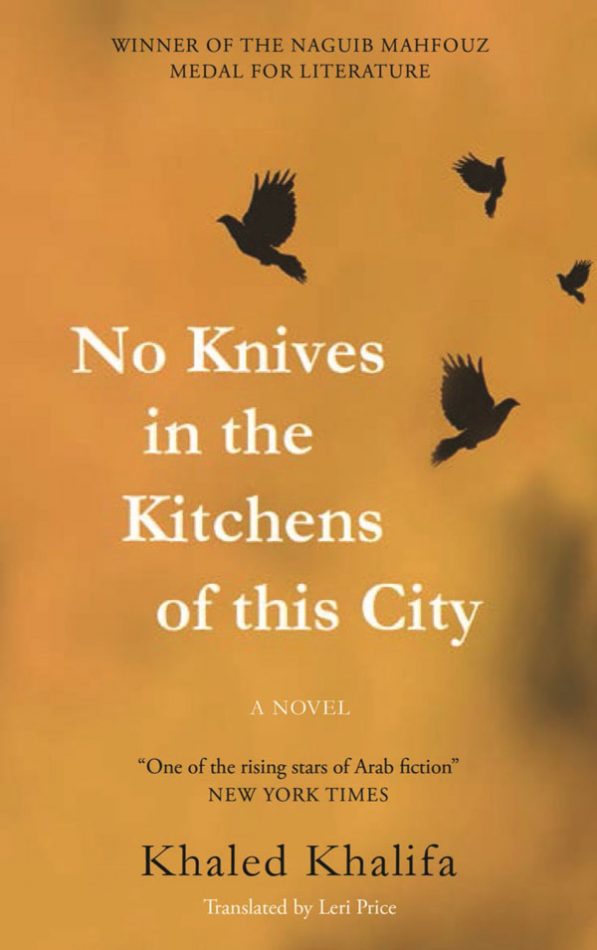 6. Only in London by Hanan al-Shaykh

Beirut-born Hanan al-Shaykh is a prolific author and several of her books have been banned in Arab countries because of their sexual explicitness. Only in London follows the adventures of four young people who arrive in the English capital from different corners of the Arab world. 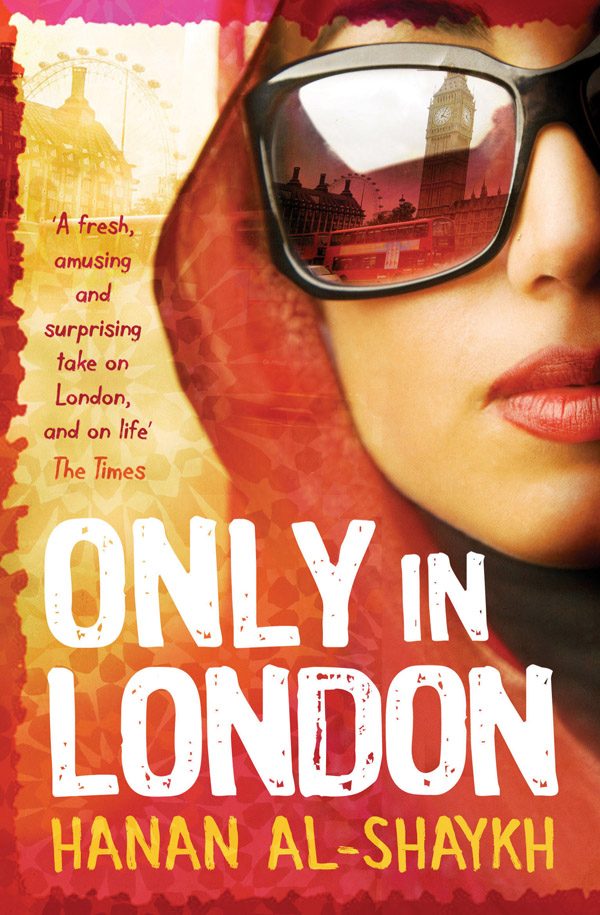 Cartoonist Riad Sattouf’s graphic novel reflects a father’s vision of raising his son as “an Arab of the future.” The oldest child of a French mother and a Syrian father, Sattouf’s early years were spent in France, Libya and Syria and he charts those years, as seen through lens of childhood. 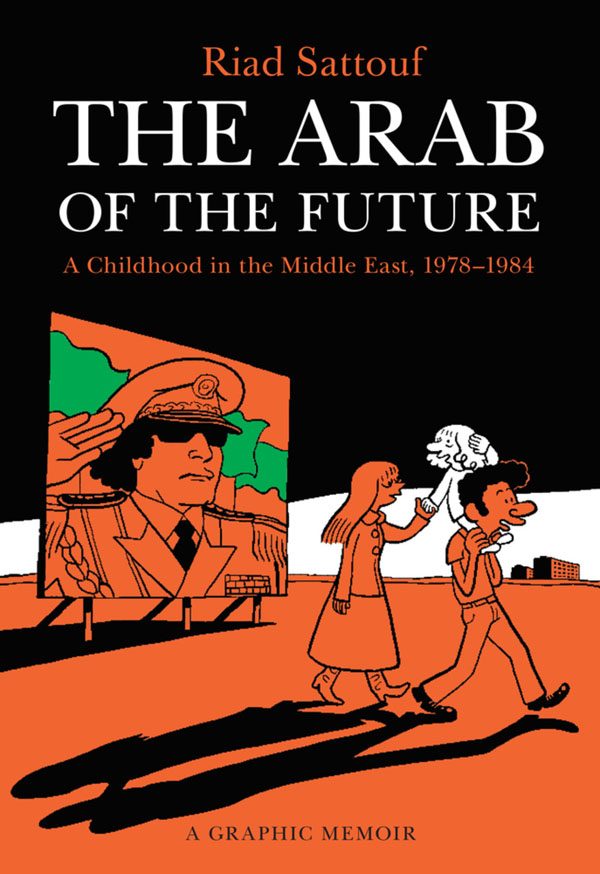 8. The Bamboo Stalk by Saud Alsanousi

Young Kuwaiti author Saud Alsanousi won the 2013 International Prize for Arabic Fiction with his novel, The Bamboo Stalk. The son of a wealthy family has a child with a lowly guest worker. José, the focus of the novel, is a product of two worlds that have, at best, an uneasy relationship. 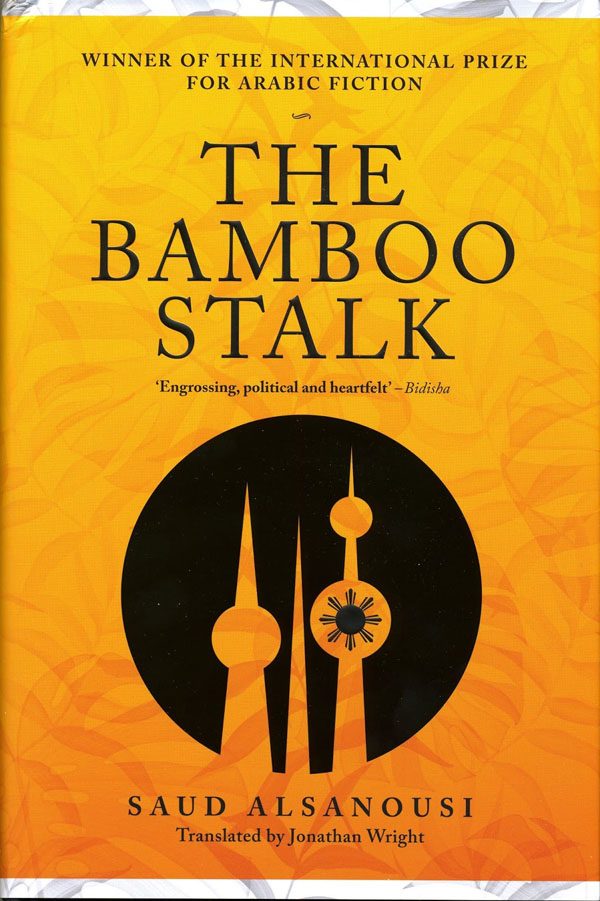 9. The Silence and the Roar by Nihad Sirees

In 2004 Nihad Sirees, a Syrian author in self-imposed exile, wrote a novella describing what his beloved homeland had become under dictatorship. It took until 2013 for this book to be translated into English, at which time Sirees added a heartbreaking afterword to cover the devastation wrought by “artillery, tanks and fighter jets” in the intervening years. 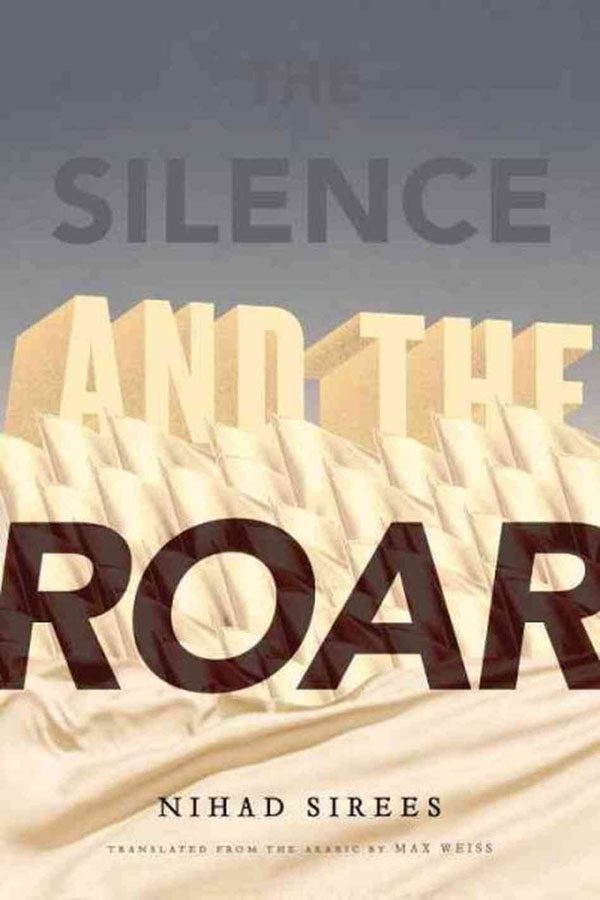 Back in its day, The Yacoubian Building was an Art Deco gem and a swanky address for Cairo sophisticates. Fast forward to the 1990s and the place has seen better days – as have its older residents; they are joined by newcomers seeking refuge, and others passing through on their way to somewhere else. Alaa Al Aswany weaves a series of stories about the occupants, but this once-grand building is really the heart of his story. 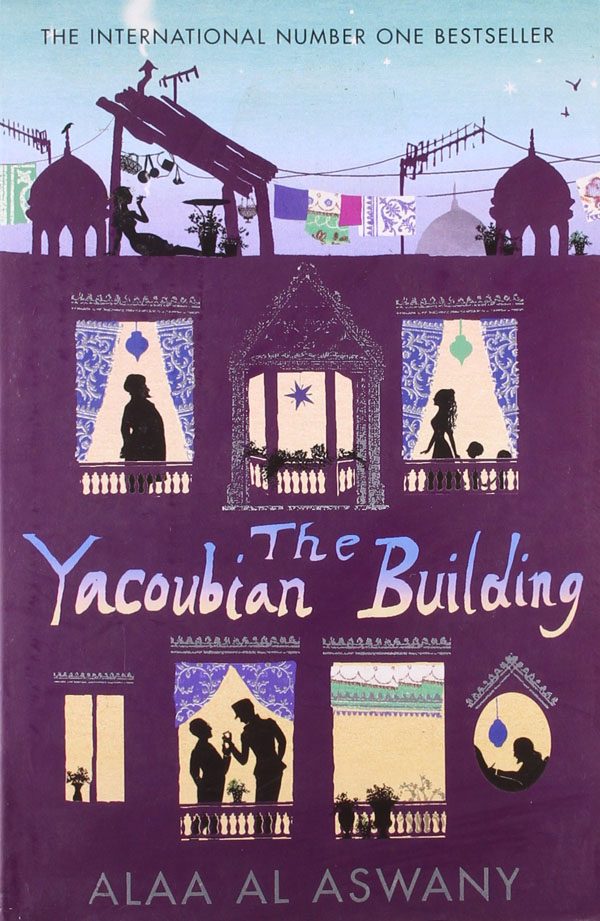 My list barely scrapes the surface. Lucky for readers in the English-speaking world, more and more works of great Arab literature are being translated all the time.