What’s better than one amazing author? Two amazing authors, of course! Especially when those authors are married to each other and simultaneously producing great works of literature while being adorably in love. In honor of Valentine’s Day, here are six of our favorite literary power couples.

You know what they say: Behind every successful, ridiculously prolific horror writer is a woman who is a critically acclaimed author in her own right (or something like that). At least, that’s the case with Stephen and Tabitha King, who marred in 1971 and are still going strong. The couple met at a writing workshop at the Fogler Library at the University of Maine, where they were both students. Stephen’s first novel, Carrie, was published two years later, thanks in large part to Tabitha. Frustrated with what he felt was his inability to write convincingly from a female perspective, Stephen threw the first draft in the trash. Tabitha found it, rescued it, and urged her husband to keep going with the story. The book was a hit and launched Stephen’s career as a horror writer. Although her output hasn’t quite matched her husband’s, Tabitha has also had a successful writing career, publishing several novels (including the well-received Pearl and Caretakers), as well as short stories and poetry. If that wasn’t enough, two of the couple’s three children are also successful, published authors because hey, why be a power couple when you can be a power family? 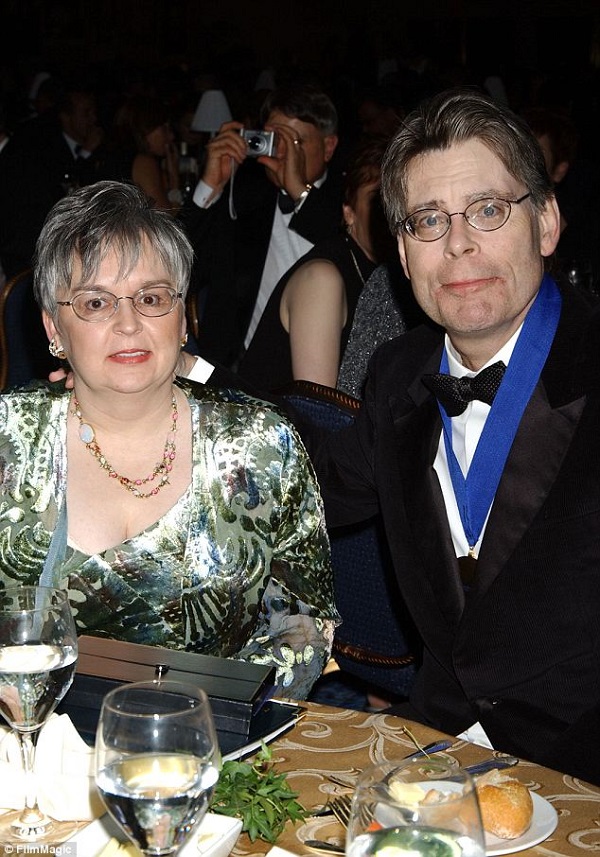 When English Romantic poet Percy Bysshe Shelley first met Mary Wollstonecraft Godwin (herself the daughter of literary power couple William Godwin and Mary Wollstonecraft), she was only sixteen, and he was married to another woman. Neither of the those things stopped the two lovebirds from running off to Europe together, where they spent several weeks trekking from France to Switzerland. They later published an account of their travels, History of a Six Weeks’ Tour Through a Part of France, Switzerland, Germany, and Holland. Thus began a romance and shared writing career that would last until Percy’s untimely death in 1822. On a second trip to Switzerland, Mary conceived the idea for what would become her most famous novel, Frankenstein. Although Mary is credited as the author, it was Percy who encouraged her to write the book, and the two of them collaborated on large parts of the story. They also collaborated on two later works, Proserpine and Midas. Following Percy’s death, Mary promoted his reputation as a writer, editing and publishing several editions of his poetry, essays, and letters. 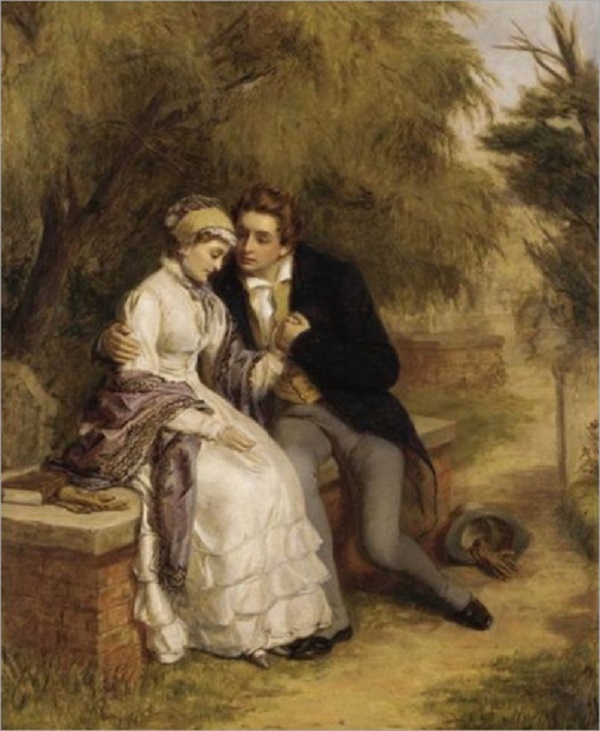 Successful, talented, brilliant, and impeccably dressed, Nick Laird and Zadie Smith are the couple we all want to be. The two met while in their second year at Cambridge, when Nick read and admired a short story Zadie submitted for an anthology he was editing. The two became close friends, then a couple, and finally married in 2004 (the same year Zadie was voted one of the top twenty most influential people in British culture). Nick edited Zadie’s debut novel White Teeth, and she dedicated her third novel, On Beauty, to “my dear Laird” (all together now: d’awwwww!). In addition to being an award-winning poet, Nick has two novels of his own (Utterly Monkey and Glover’s Mistake). In addition to writing all this critically acclaimed literature, the couple have two adorable children and still manage to find time to edit each other’s work and collaborate on various projects, all while being effortlessly elegant and good-looking. 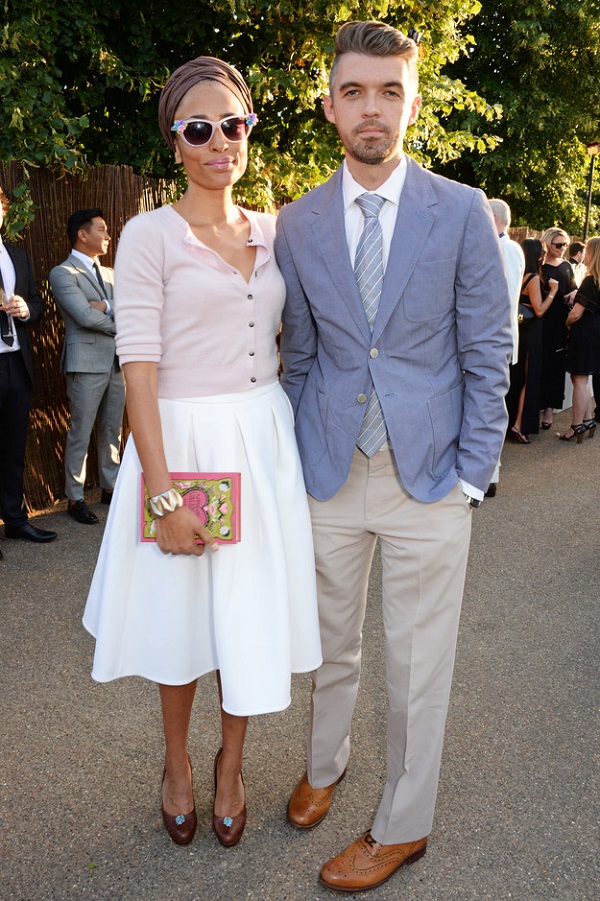 In 1844, Elizabeth Barrett, already a relatively well-known writer, published her third volume of poetry (imaginatively titled Poems). The book was an instant success and solidified her reputation as one of the most popular poets of the day. Among the many admirers of Poems was an aspiring young writer named Robert Browning, who wrote to Elizabeth “I love your verses with all my heart, dear Miss Barrett.” Thus began one of the most famous romances in literary history. Knowing that her father would disapprove, Elizabeth and Robert carried out their courtship in secret, before marrying (also in secret) in 1846 and moving to Italy. Although they had each already produced a respectable body of work, the two greatly influenced each other’s subsequent writing, and many of their best works were written after their meeting, including Elizabeth’s Sonnets From the Portuguese (which included the famous “How Do I Love Thee?“) and Robert’s Men and Women. Elizabeth’s health was not good, however, and in 1861, after a long illness, she died in Robert’s arms. Devastated by her death, Robert continued to write, but never remarried. 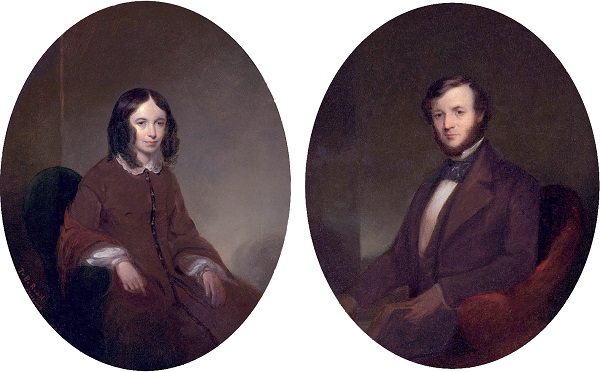 In the late 1950s, Joan Didion, an editor at Vogue, met John Dunne, a journalist at Time. Joan later said “We amused each other and I thought he was smart. He knew a lot of stuff that I didn’t know, like politics and history.” The two married in 1964 and embarked on a lifelong writing partnership. The two read together, edited each other’s work, shared honest criticism, and, in the words of John, were the other’s “first reader, absolutely.” Although they each published critically acclaimed books— such as John’s The Studio and Monster: Living Off the Big Screen and Joan’s Slouching Towards Bethlehem and Democracy— they also collaborated on several screenplays, including A Star is Born and True Confessions. Following John’s death in 2003, Joan published The Year of Magical Thinking, a memoir about her grieving process that has since become a classic. About their marriage she wrote “There was nothing I did not discuss with John… I did not always think he was right nor did he always think I was right but we were each the person the other trusted” (once again: d’awwww!). 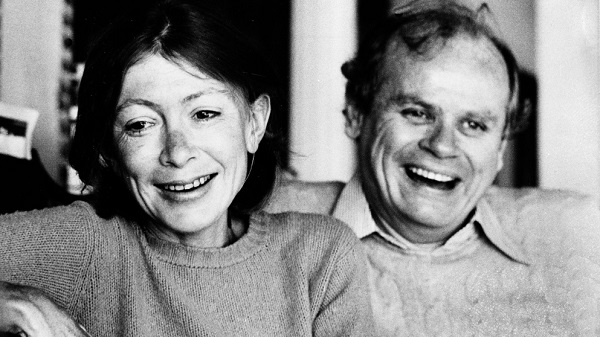 Charles Dickens famously referred to Mary Evans (better known by her pen name, George Eliot) and George Henry Lewes as “the ugliest couple in London.” What they lacked in physical charms, however, they made up for in literary talent and domestic bliss. The couple met in 1851, but were unable to marry as George could not obtain a divorce from his first wife. In 1854, George and Mary began openly living together, an arrangement considered scandalous at the time, but which lasted until George’s death in 1878. The two had a strong influence on each other’s work, with some critics even theorizing that Mary adopted George as her pen name as a homage to the man she loved. George himself, although not as well-known today, was at the time, an accomplished and esteemed author of essays, criticism, and fiction, including the novels Ranthorpe and Rose, Blanche and Violet and a biography of Goethe. In an age where women’s careers were seldom taken seriously, George encouraged Mary in her own writing career and it was during their partnership that she wrote most of her best works, including Middlemarch, Silas Marner, and Daniel Deronda. Professional success and a famously loving, mutually supportive relationship? Yeah, I’m thinking the unhappily married Dickens was just jealous. 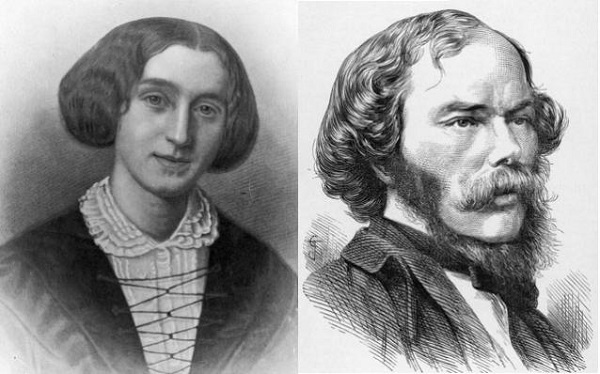 There are plenty more cases of authors married to other authors— who’s your favorite literary power couple?