1241
SHARES
FacebookTwitterPinterest
What makes a great comics retailer? Staying up to date, catering to specific interests, and being involved in building the local comics scene are just a few qualities some retailers, like Adam Pottier, have maintained for their customers over the years. Adam has been an active member of his comics scene, working at multiple stores, organizing artist and writer appearances, and acting as an encouraging outlet for local creators to sell their work. I had a chance to ask Adam a few questions about his history working in comics and his views on the industry, and the direction it’s moving in.

Tell me about yourself, and your history working in the comics industry.

While I occasionally read some comics throughout my childhood, I really got into collecting comics in 1987. I started working at Action Packed Comics in 1993, starting at the cash, and quickly became a manager. In 2007 I opened my own store, 4-Colour, 8-Bit Comics & Games. At the start of 2015, I became a manager of Kingston Gaming Nexus and added comics to their inventory. In 2008, 4-Colour, 8-Bit Comics & Games, Minotaur Games & Gifts and RMC’s Gaming Club brought back RedCon, a Kingston games convention. We renamed it King Con. It lasted 3 years but the high cost of running and other issues resulted in an end. King Con was revived in 2015 with the help of the Kingston Frontenac Public Library and comic books were added to it, including guests, panels, and an artist vendor section. 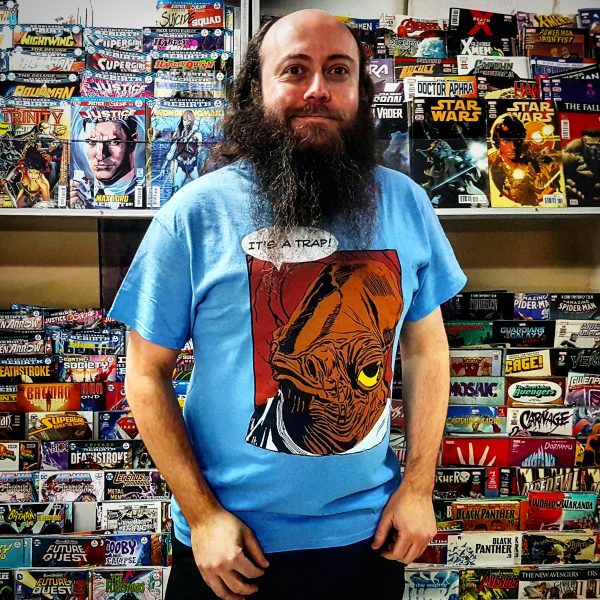 What are currently some of the biggest hurdles for comics retailers?

For Non-US stores, the exchange rate is a major issue. Most stores have to order from Diamond Distribution, which is American. Stores pay based on a weekly exchange rate. The printed Canadian cover price is often much lower than the true value of the book, so stores either reprice it or offer it at the lower price. A higher exchange rate means a higher price for the books. Customers are often on a budget and that means they will usually buy less books than usual. With the current economy, many customers cut comic books from their budget, put books back on the shelves, or stop buying them, often without telling the retailer. If those books don’t sell, they are lost money.

Which publishers are currently offering the best incentives for retailers, and what are they?

At the moment, Marvel. They are giving free retailer exclusive editions for many of their books. As they are one per store, they are rare and valuable while not forcing the store to buy a larger quantity to receive them. Most of Marvel’s variants are based on ordering 90% of previous issues which is quite reasonable, unfortunately that it is not always possible. Many want the retailer to order a lot more than previously, which will involve over-ordering to qualify for the variant. More than often the overage will not be worth the price of the variant. At the same time, Marvel often has the worst incentives, asking retailers to grossly over-order titles to gain access to variants.

Which modern comics, if any, do you see rising in value over the next few years?

The main reason most books currently rise in value is when there is a movie or TV show. That often bring in collectors and investors that don’t necessarily buy comics. It isn’t a guarantee as many movies go into movie-making limbo, go unmade, or are often cheaply made and have no mass media appeal. Many Image books have been sold as movies. A quality movie will give a good value to the original comics. I do expect to see the modern Star Wars comics having value, new characters are often introduced and have the possibility of being in the movies. Doctor Aphra, introduced in the Darth Vader comic series, is already appearing in video games and toys. There is a high chance of her appearing in the upcoming movies. Sana Starros, a former partner of Han Solo, introduced in the comics could easily be in the upcoming Han Solo movie. My main recommendation though for people is not to collect for money, but to enjoy what they read. Much less worries about values and much more enjoyment will come out of collecting.

Do you foresee any trends in the comic industry during 2017? 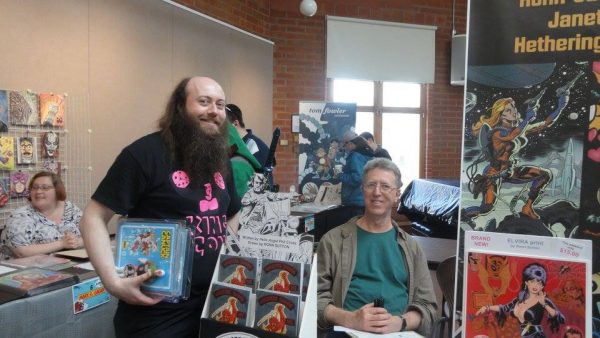 Who are some of your favorite up-and-coming creators and what are they working on?

I am a big fan of the works of Jeff Lemire and Jim Zubkavich. Both are doing a variety of titles for different companies. I have enjoyed them all and am in anticipation of all their upcoming works. I do believe that Joshua Williamson’s Birthright series from Image Comics is one of the most underappreciated titles at the moment.

What would you say was one of the biggest let downs in comics in 2016?

The biggest let down of 2016 was Civil War 2. It was obvious that is was made because of the Captain America: Civil War movie, and they wanted to have a Civil War comic around the same time. The series took many issues to get the story started. Delayed issues, and an extra issue meant that it ended much later than it should and we had many aftermath stories months before the main Civil War event ended. Many of the tie-in issues had nothing to do with the main story.

What have been some of your best experiences helping organize conventions?

A large part of my involvement in King Con is the guests. I really enjoy getting new people to see and meet creators. One of my favorite part is the guests meeting each other. There have been a lot of mutual admiration, friendships and work that have come out of conventions, including King Con.
Adam Pottier has dedicated his life to comics, proving it through his commitment to his customers, and his insight on the comics world. In an industry in a battle against technology (i.e. digital comics), shop owners are constantly looking for creative ways to maintain customers, and establish new fans of the medium. So, the next time you are at your local comic shop and are buying your mountainous, forty-two issue pull list, with every specific variant cover you asked for, remember to thank your retailer.
Check out where Adam works: Kingston Gaming Nexus
Check out the convention Adam help’s run: King Con
YouTube Channel: Marvel Entertainment
Featured image via Pixabay
Tweet Pin It