We all experienced a newfound level of horror and helplessness following the mass shooting at the Pulse nightclub in Orlando, earlier this year. The comic book author and screenwriter Marc Andreyko was no different, and decided to channel his horror into something productive. The result is the new Love Is Love comic book, a 144 page anthology filled with a variety of original works.

Co-published by two of the biggest comic book publishers, DC and IDW, the project incorporates work from celebrities and comic book artists alike. The comic includes pages from the documentarian Morgan Spurlock, the actor Matt Bomer, the comedians Patton Oswalt and Taran Killam, and other entertainers. The excerpt below was created by comic book artists James Asmus and Ming Doyle. 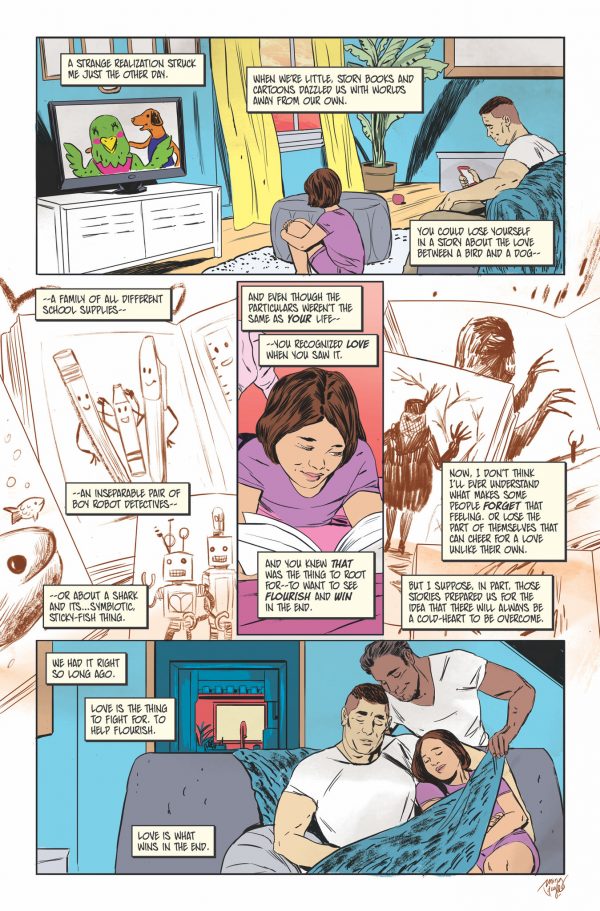 As explained by Andreyko, who lead the project:

“(I) looked for people who I’m friends with and had name value…I want this book to be in as many hands as possible.’ He then went on to describe the cathartic nature of the creative process, facilitated by the project: ‘It was therapeutic’…by doing the art, it was purging for us.”

The comic includes a wide range of content, with each story being no more than two pages long, to accommodate the tight schedules of the contributors- all of which have donated their work free of charge. The heartfelt and moving variety of material focuses on mourning the victims of the shooting, supporting the survivors, celebrating the LGBTQ community, and examining how we all see love in our world today. As shown below, the comic book’s powerful cover reflects this emotive content. 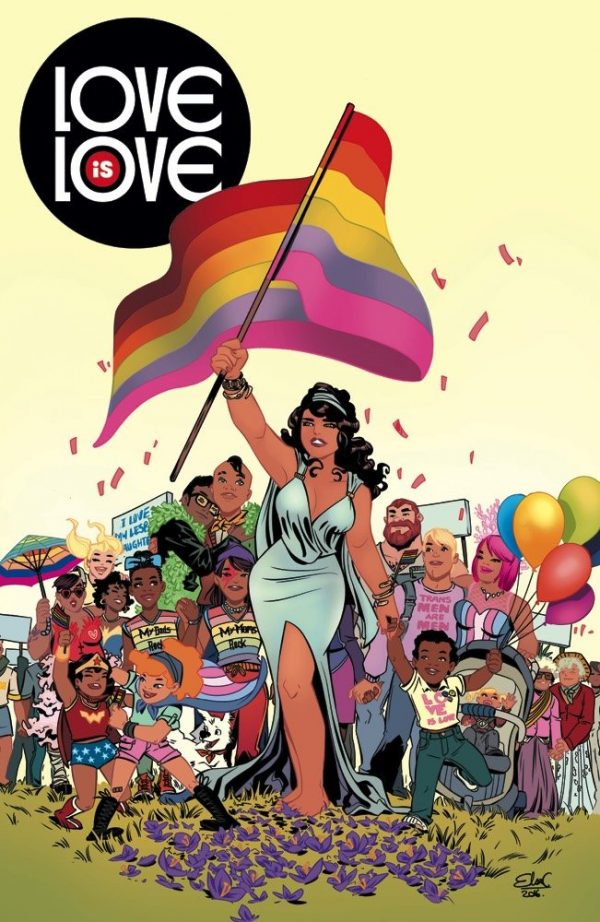 One of the more surprising contributions comes from J.K. Rowling, who allowed the use of a quote from Harry Potter and the Goblet of Fire. It serves as a caption to an image of Harry and his friends drawn by Jim Lee, a co-publisher of DC Comics. Mark Chiarello, a senior vice president of art and design at DC, added a watercolor rainbow flag to the drawing, shown below. By involving such a large and well-loved franchise, the comic book should have an even wider appeal.

The quote is by the headmaster of Hogwarts, Albus Dumbledore, who J. K. Rowling has previously confirmed to be gay, and appropriately encapsulates an important message of the comic book:

“Differences of habit and language are nothing at all if our aims are identical and our hearts are open.” 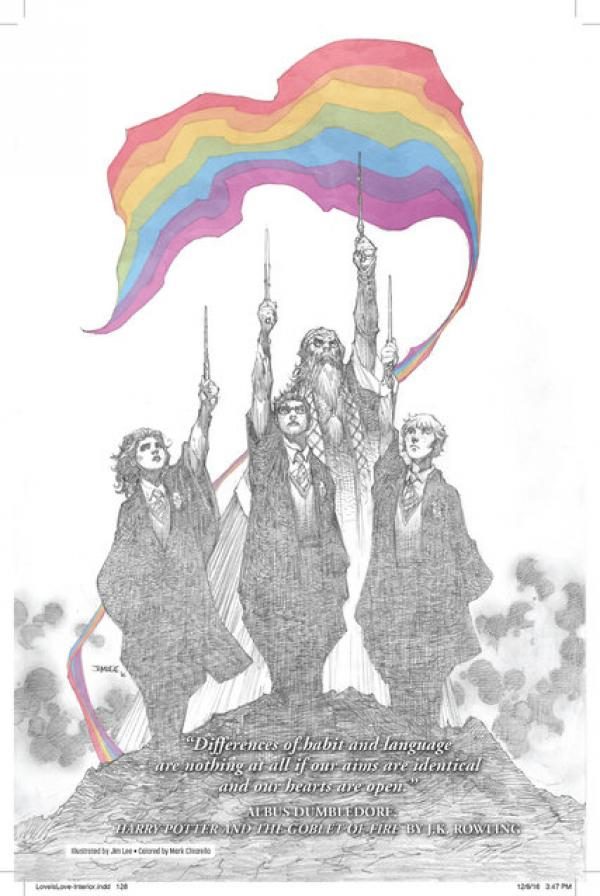 The comic book is available for purchase now for $9.99. You can pick up your copy here. It can be purchased in print or as a digital copy and all proceeds go to the charity Equality Florida, which has set up a fund for victims of the shooting and their families.