In this time of great cultural divide, it is of the utmost importance that we take the time to not only recognize, but also celebrate every lifestyle. Whether or not you personally identify as LGBTQ+, being a strong ally means also taking the time to appreciate the perspectives and creative works of those within the community. Here are ten important works, as chosen by notable LGBT writers:

Fun Home is an autobiographical, coming of age tale about author Alison Bechdel’s childhood, her eventual coming out as a lesbian, and her and her family’s relationship with her emotionally distant and closeted homosexual father. The beautifully poetic prose is at times hilarious and at other time tragic and is accompanied by Bechdel’s sophisticated art.

This is a must-read chosen by Mariko Tamaki, author of This One Summer and Skim, who says that Fun Home is “a book that consistently makes me cry when I read it… Bechdel shows us the many ways in which what we can and cannot say about sexuality creates its own language of queerness—with consequences.” 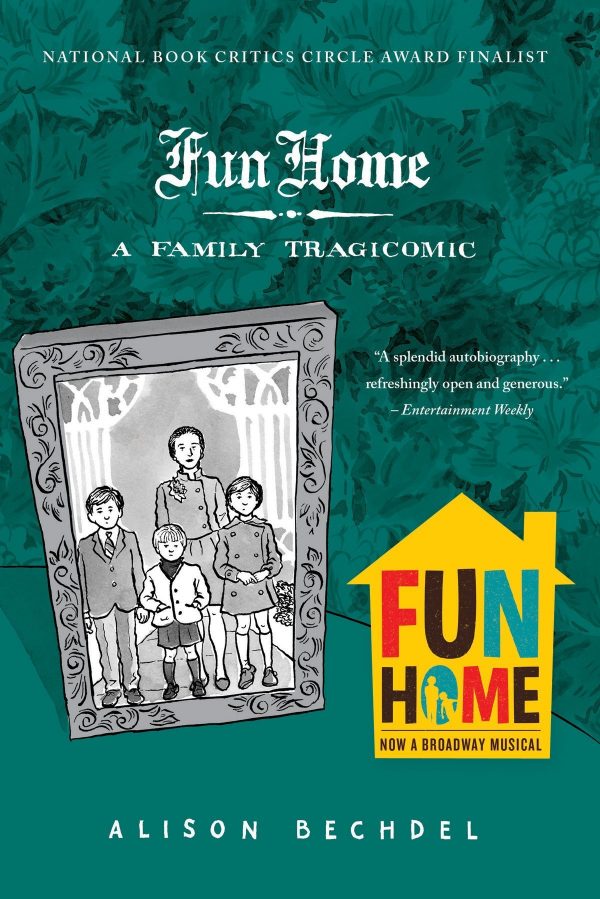 2. Captive Genders: Trans Embodiment And The Prison Industrial Complex by Eric A. Stanley And Nat Smith

Captive Genders is a study of understanding how race, gender, ability, and sexuality are lived under the crushing weight of a prison sentence. This collection by Eric A. Stanley and Nat Smith argues that trans/queer liberation and prison abolition need to be grown together, be it from rioting against police violence to critiquing hate crimes legislation.

Captive Genders is more than just a book, it’s a call to arms, a challenge for all people to join together in the struggle. This book was chosen by Tyler Ford, a transgender writer and media personality, who says that this book has expanded “the ways I think and the the ways in which I understand queer and gender liberation, the prison industrial complex, and prison abolition.” 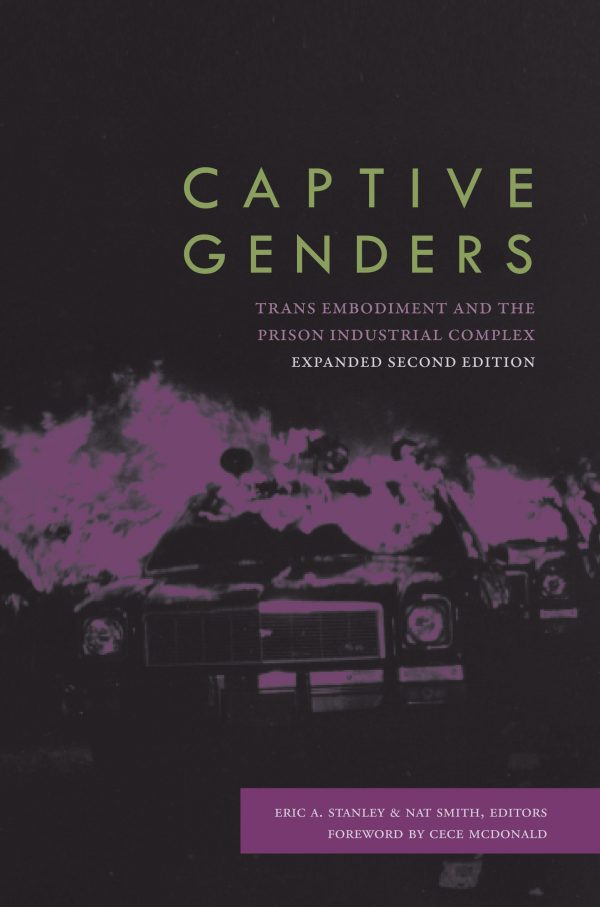 Stone Butch Blues, published in 1993, is a brave novel about the complexities of the transgendered experience. The story focuses on Jess Goldberg, a woman struggling with understanding if she identifies as a man or a woman in the early 1970s, and trying to accept her life as a transgendered person in a time where it was much harder to do so.

This novel was chosen by Nadja Spiegelman, the author of I’m Supposed to Protect You from All This. Nadja has this to say about the work: “This book opened my eyes, showing me the foundation of bravery and loss on which my life had been built.” 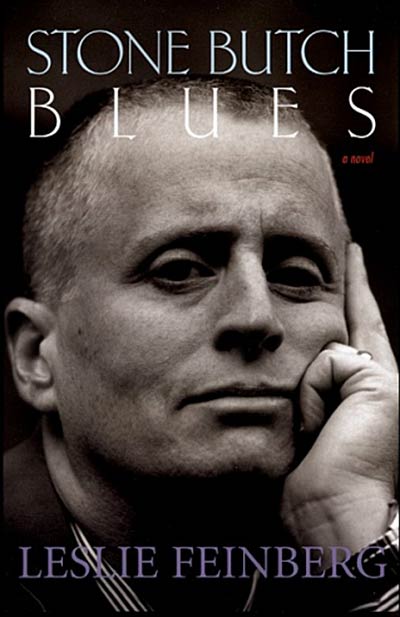 4. Zami: A New Spelling of My Name by Audre Lorde

Zami is a biomythography—a term coined by the book’s author, Audre Lorde. A biomythography is the weaving together of myth, history, and biography in an epic narrative form. Zami is a chronicle of Lorde’s childhood memories in Harlem to her coming of age in the 1950s. It’s not just an account of her life, but also about the women who shaped her.

This book was an inspiration to two writers, Nicole Dennis-Benn, author of Here Comes the Sun and Naomi Jackson, author of The Star Side of Bird Hill. Benn states that “Lorde inspired me to write for the next generation of girls—LGBT+ or otherwise—who need reminding that their voices matter, too.” And for Jackson, “Zami made visible a life that up until then was invisible and impossible… This book made plain the possibility of a decent, satisfying life as a black lesbian.” 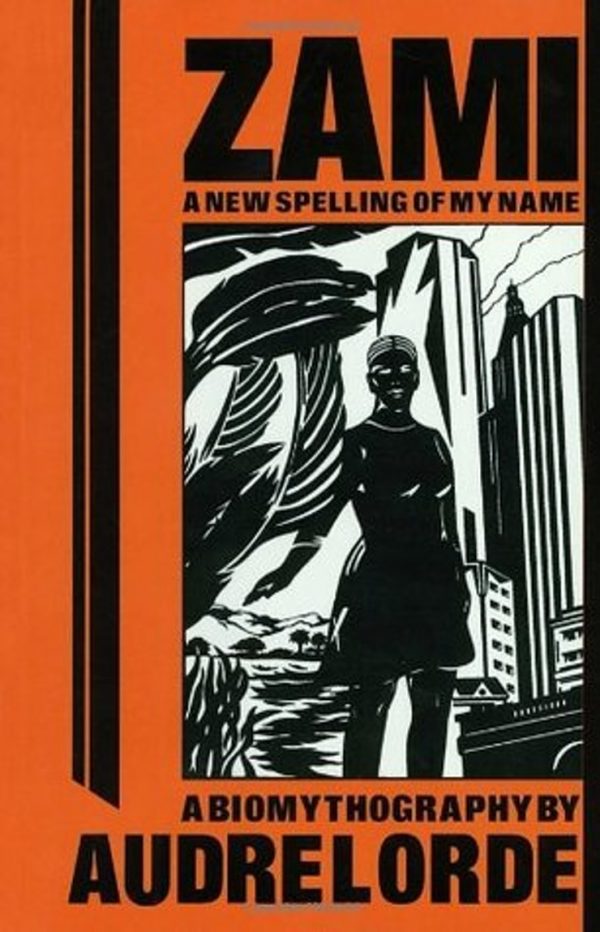 Artful is narrated by a character who finds herself haunted by a former lover, who is the writer of art and literature lectures. It’s a hybrid of fiction and essay, split between two voices, one of a Dickens-loving bibliophile and the other the ghost of her ex. The dialogue unites to form a celebration of literature’s worth in this world, and a reflection on how novelists invent reality.

Amanda Lee-Koe, author of Ministry of Moral Panic calls Artful “mind-expanding, generous, and fierce… healing in all its dialogic form and formlessness.” 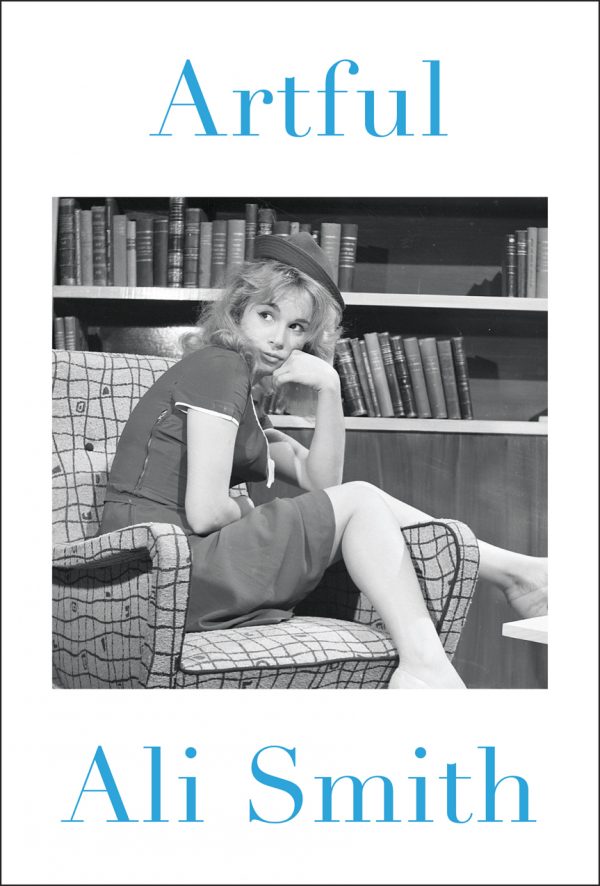 Fingersmith has been called “Oliver Twist with a twist…” by the New York Times Book Review. The story is about Sue Trinder, an orphan left in the care of a woman, Mrs. Sucksby, who treats her as if she were her own. Sucksby fosters many children and hosts a family of petty thieves, known as fingersmiths. One of the thieves makes a plan with Sue to seduce an older woman to ensure them an inheritance, but Sue’s conscience may get in the way.

This thrilling take on a Dickensian-style novel was, for Hannah Kent author of Burial Rites, “the first book I ever read that featured same-sex love. I had not yet encountered a narrative that reflected and articulated my own emotional experience… and encountering that representation after years of reading books celebrating heterosexual relationships was hugely powerful. It made me feel that I was not alone.” 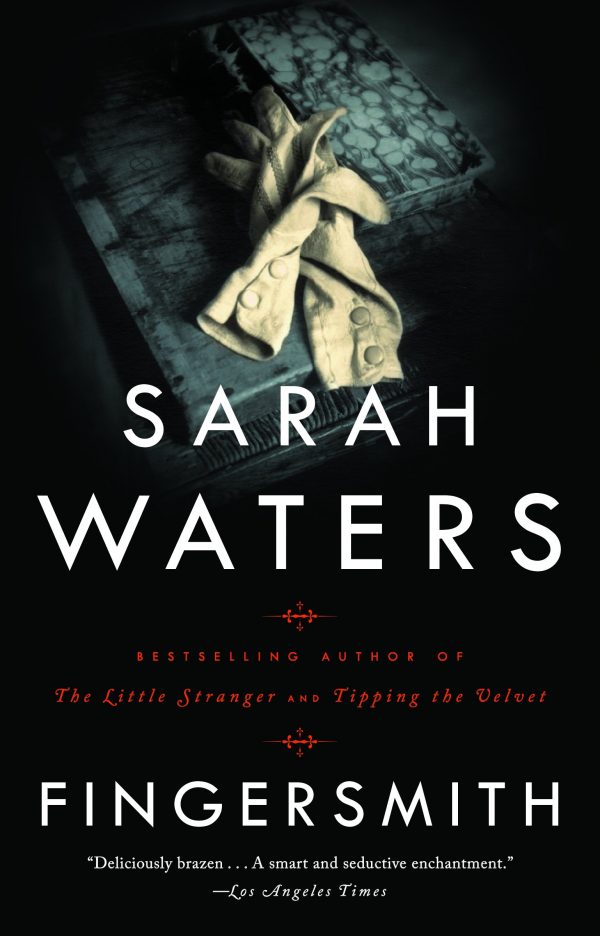 7. The Folly of Loving Life by Monica Drake

This collection of linked stories set in Portland, Oregon, centers around two women over a period of thirty years. It examines a vast array of characters at their most vulnerable and human, often times looking for escape or trying to find stability in their own place.

Lidia Yuknavitch, author of The Chronology of Water and The Small Backs of Children says that the “writing is spectacular, the characters give me a stomach ache in the best way, and the stories make me laugh-cry. “ 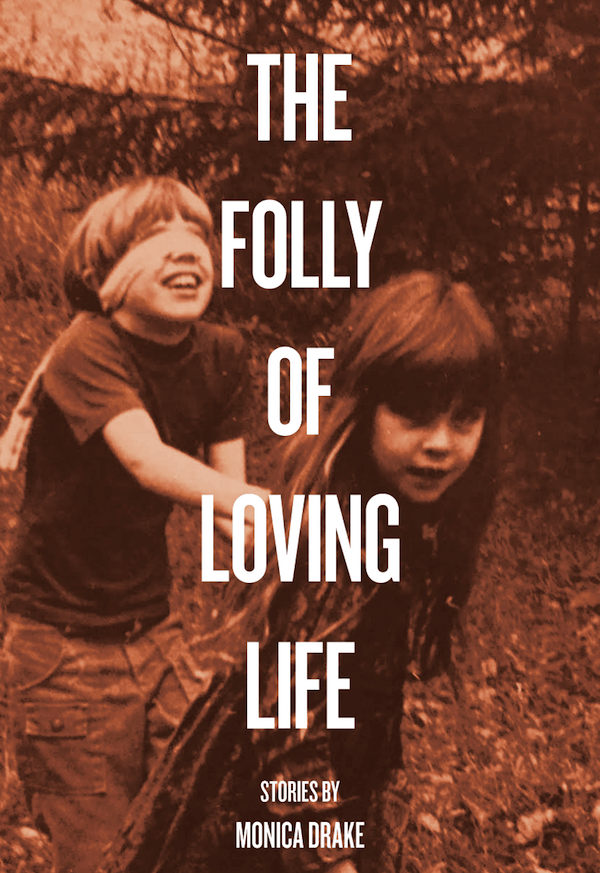 Mundo Cruel is Luis Negrón’s debut collection of nine stories about queer life set in a small community in Puerto Rico. The stories shift from pure storytelling to satire, and focus on acceptance, lust, understanding and the nature of survival in a cruel and not always accepting world.

We the Animals author Justin Torres says that Mondo Cruel is “a very short, very funny collection of stories about queer life in Puerto Rico,” and that “Negrón is “as honest as he is delightful; I return to the book again and again.” 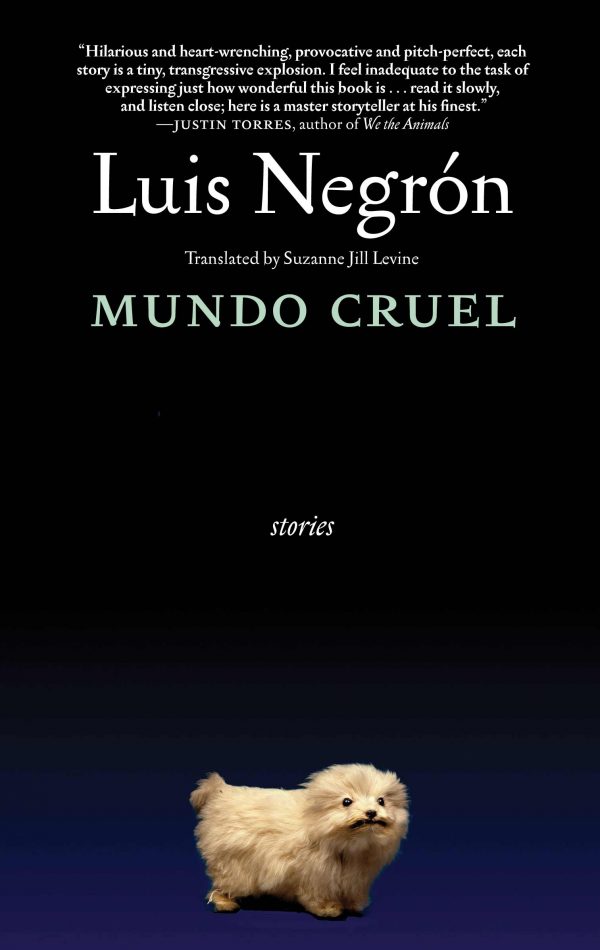 Skim is about Kimberly Keiko Cameron, a Wiccan goth who attends a private girls’ school in the early 1990s. When her classmate’s boyfriend kills himself because of his sexuality, the entire school mourns. During this tumultuous time, Kimberly falls in love with her female English teacher and she must deal with the confusion of dealing with her complex feelings and emotions at 16.

Maggie Thrash, the author of Honor Girl, says that Tamaki’s writing is “cynical yet tender, and Jillian’s art makes me want to curl up and die, it’s so beautiful.” 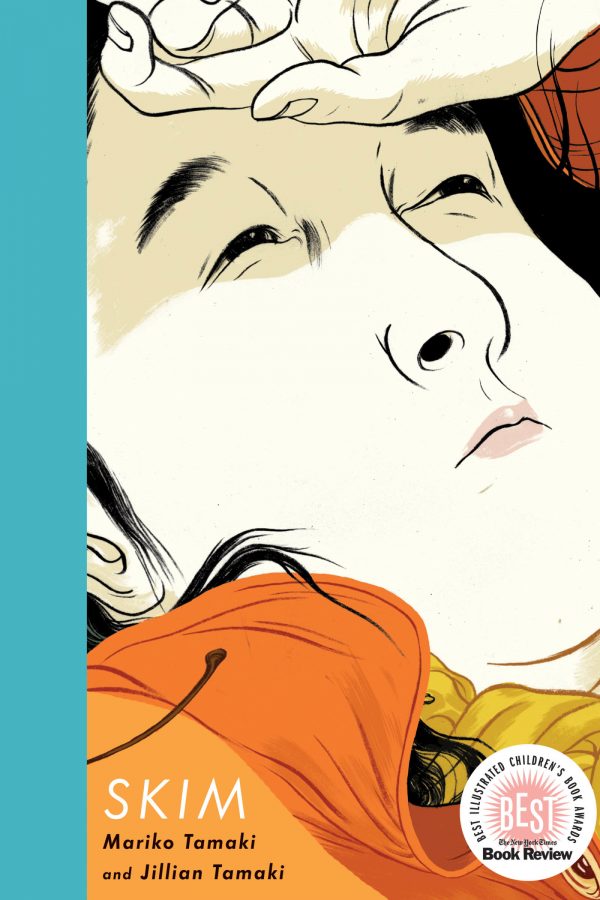 In Juliet Takes a Breath, Juliet Milagros Palante just came out to her family and is uncertain whether or not her mother will ever speak to her again. So she’s heading to Portland, Oregon from her home in the Bronx, NY to figure out the whole “Puerto Rican lesbian” thing. Can she figure out her life over the course of a summer, or just keep running away from her problems? 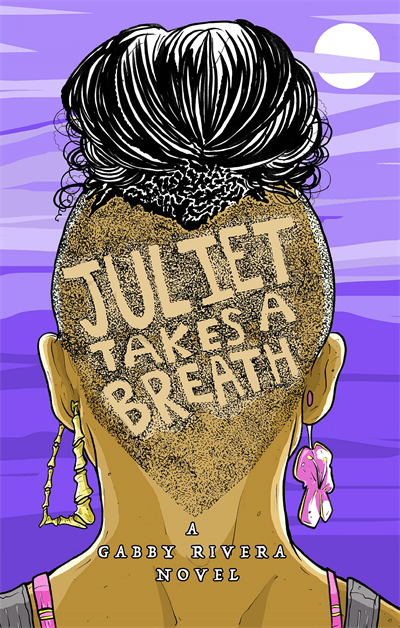 What LGBT books have made the biggest impact on your life?