As a child, I always had an aversion to the song, Santa Claus Is Coming To Town. I mean, as a kid you have enough people telling you, “better not” this and “better not” that — a song about it just seemed redundant. Besides, we all knew Santa was coming anyway.

But the American tradition where Santa comes for all the little boys and girls (regardless of their state of acquiescence) isn’t exactly shared worldwide. In some parts of the world, a lump of coal in a child’s stocking is the least of their worries if they’ve misbehaved. Santa won’t be the one visiting them.

Dating back to the pre-Christian era, Alpine traditions have told the story of Krampus, the half-goat, half-demon. During the 17th century, Krampus was paired with St. Nicholas — St. Nick bringing rewards for good little children, and Krampus bringing punishment that could include whipping, drowning, or abduction for those who misbehaved. The fearful looking creature has inspired many works of fiction. In the spirit of the season, here are six creepy books about Krampus that will have you on your best behavior.

1. Krampus: The Yule Lord by Brom

The twisted tales of Brom, author of The Child Thief, have been enjoyed as dark, reimagined works of legends and folklore. This one is no exception. On Christmas Eve, Jessie Boone witnessed what could only be described as a duel between Santa and strange devil like creatures. He becomes caught up in a bizarre world where everything he knew about jolly old Saint Nick is turned on its head. Krampus, the Yule Lord, tells Jessie a tale in which Santa is an evil usurper of Yuletide magic, and he’ll stop at nothing to have his revenge. 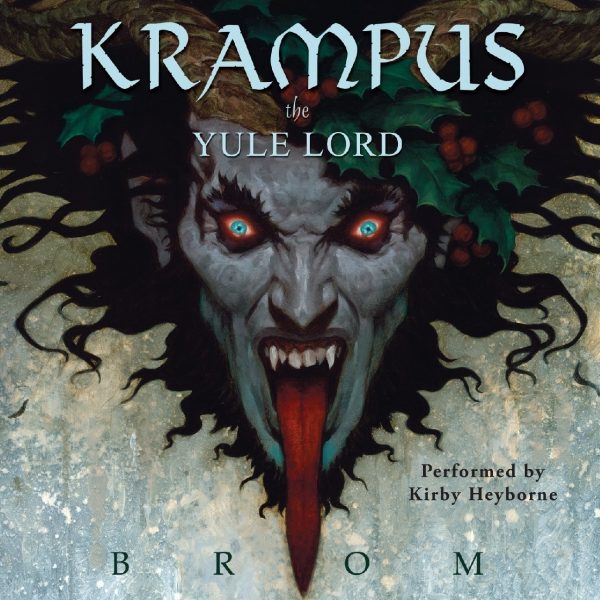 2. He Sees You When He’s Creepin’: Tales of Krampus by Kate Wolford

This anthology of 12 Krampus tales will delight and thrill you with a bit of Christmas horror along with tales of redemption. Krampus takes on bratty Cinderella, a coffee-shop owner with a hippy vibe, a girl-hero with a guitar fetish, and even Santa Claus himself. 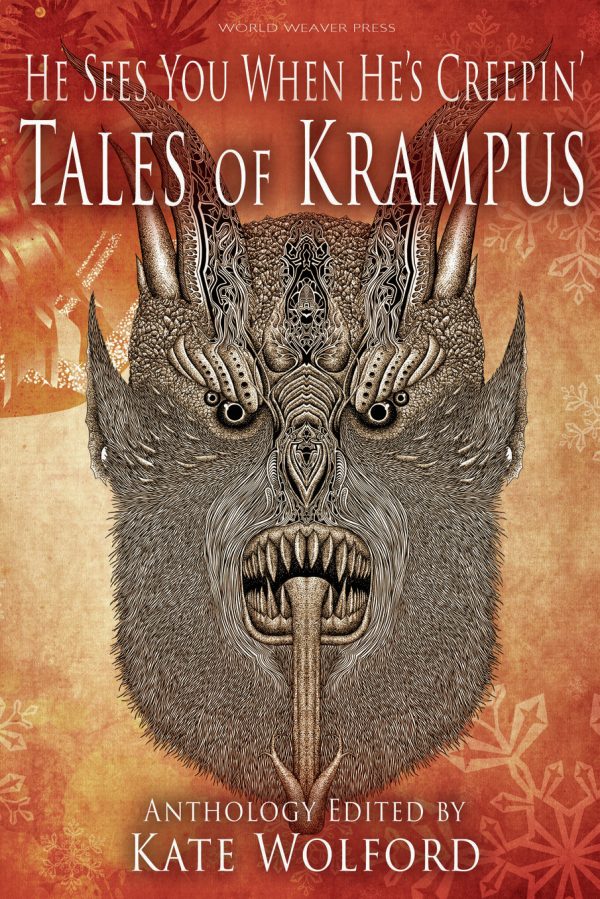 3. Krengel & The Krampusz by M.C. Norris

This magical journey tells the tale of Klass Krengel as he escapes a devastating plague sweeping Germania’s borders. On his epic flight, he faces many Austrian foes of mythical origin and his only friend is a furry blue monster named Krampusz. Krampusz, annoyed with the spoiled Krengel, tricks him into a “Sack of Shadows,” where he becomes trapped in a fantastical world. The inhabitants of this realm force a showdown between Krengel and a horrid witch who holds the key to Krengel’s and Krampusz’s connection. 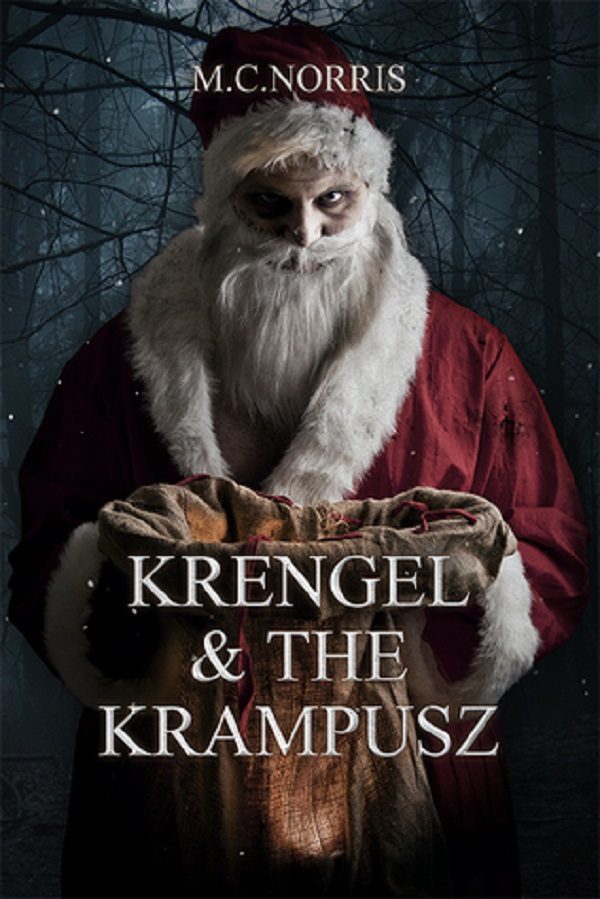 4. Krampus: The Devil of Christmas by Monte Beauchamp

Europeans have been exchanging Gruß vom Krampus, or “Greetings from the Krampus,” postcards since the 1800’s. Sometimes the postcards would include poems or funny rhymes. This book showcases a collection of Pre-WWI Krampus postcards. It also gives an introduction and a bit of history surrounding the legend of Krampus. 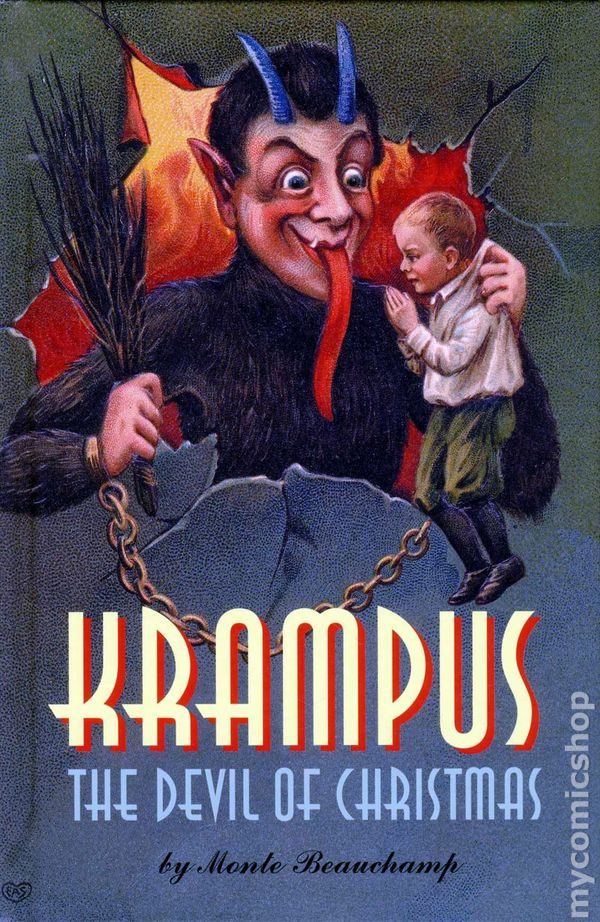 Another Kate Wolford anthology, this book is also filled with 12 tales of the Christmas devil. In this one, you’ll find Krampus portrayed in different ways — a friend, a foe, a victor, and a legend. You’ll cheer as the anti-Santa is conquered or feel triumph as an evildoer gets their due. With 12 vivid and amazing stories, what you won’t be is bored. 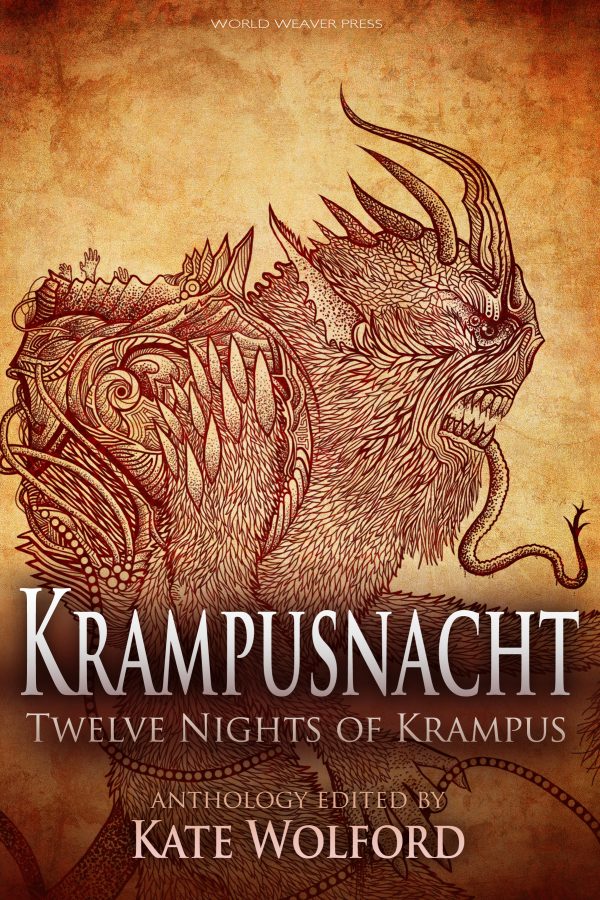 6. The Dark Servant by Matt Manochio

A seventeen-year-old boy, wrestling with inner demons, feuding with family, and suffering the sting of a recent breakup must uncover the mystery of several student disappearances. All he has to go on are bloody hoofprints in the snow and a path of chaos. He learns that Santa’s dark servant has come to town and must figure out a way to rescue those captured from its clutches. 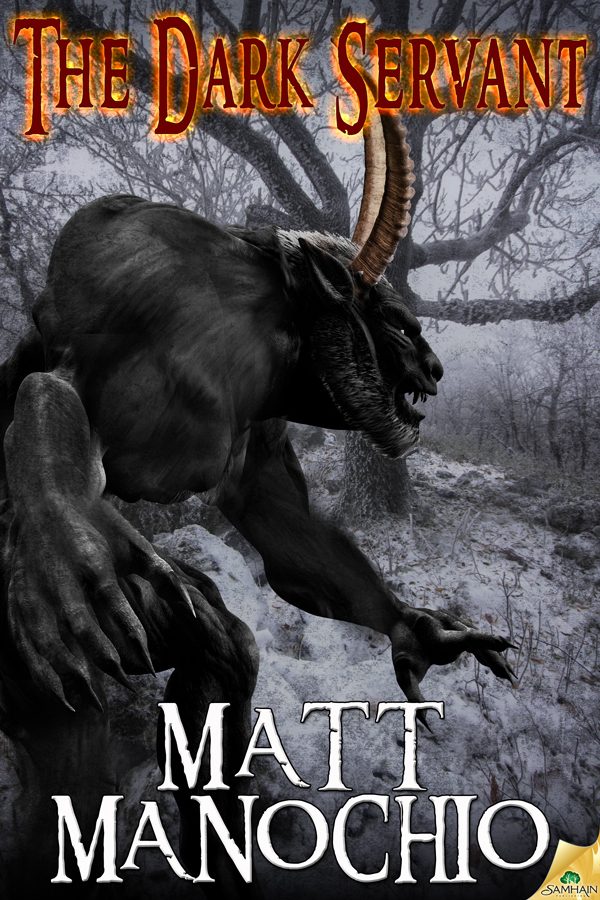 So, throw one of these on your TBR pile, curl up with some hot cocoa, and be on your very best behavior.

Check out some facts about Krampus in the video below!