New York is known as a literary city: it’s home to some of America’s best novelists, poets, journalists, and critics. But for some reason, most book lovers always seem to go to the same places when they visit the city. The New York Public Library is, of course, gorgeous, and the miles of books sold at the The Strand are even more tempting than chocolates. But that’s not all this city has to offer. The following literary sites aren’t nearly as popular or well-known as the Public Library or the Strand, but they’re still worth it for those who call themselves true bibliophiles.

1. The Morgan Library and Museum

Just a couple blocks off of Fifth Avenue, The Morgan Library and Museum amazes visitors with a collection of art and literary works fine enough to satisfy even the most fastidious critic. You’ll find there a first edition of Walt Whitman’s Leaves of Grass, medieval tarot cards, some of Mozart’s original compositions, and one of a handful of surviving copies of Gutenberg’s Bible. 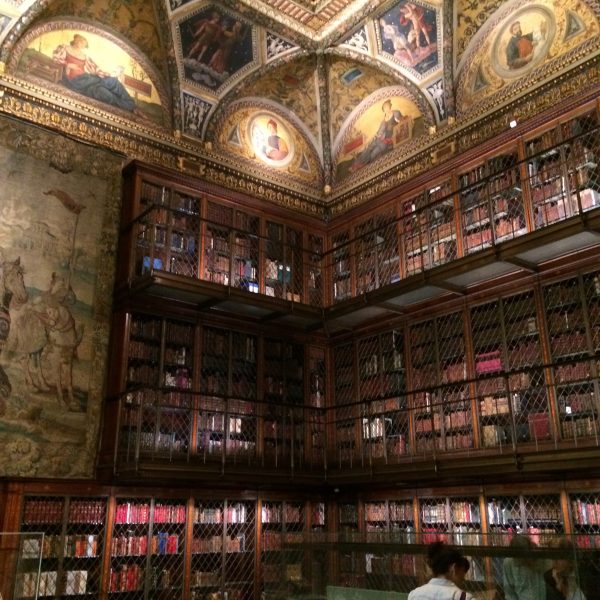 I first encountered this shop by accident while strolling up Madison Avenue, but once I went inside, I was entranced. They’ve got everything–first editions galore, autographed copies of every book you can think of, and some of the most stunning displays I’ve ever seen. 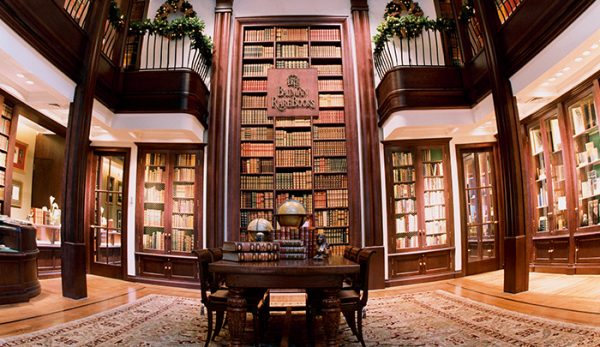 Who wouldn’t want to visit the home of one of New York’s most famous poets? Visiting this classic building will also provide you with the opportunity to tour Harlem a bit, to explore the wealth of cultural diversity that has inspired writers like Hughes for generations.

When Joseph Pulitzer died in 1911, he bequeathed the monies for this fountain to be erected. Located at 59th Street and Fifth Avenue, the statue depicts Pomona (the Roman goddess of abundance) and is adorned with rams’ heads and horns of plenty (indicative of wealth and material comfort). 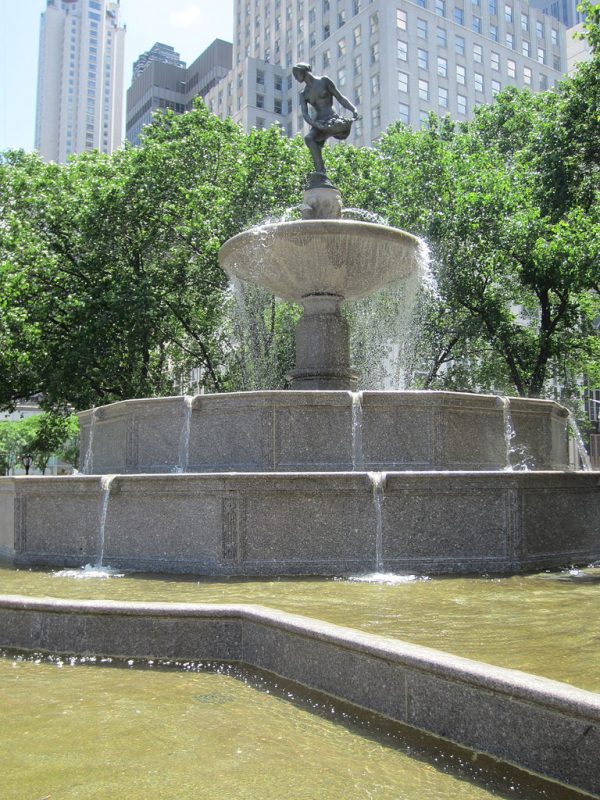 The Harlem Book Fair is the nation’s largest African-American book fair, but this annual event also features panel discussions, exhibition books, and workshops. Authors like Maya Angelou, Cornel West, Terry McMillan, Stanley Crouch, and Walter Mosley have participated in this notable event over the years. This year’s fair has already taken place, but I, for one, can’t wait to attend next year.

Erected in honor of the illustrious Italian poet, Dante Alighieri, this statue was funded by Italian Americans and stands in the very heart of Manhattan. 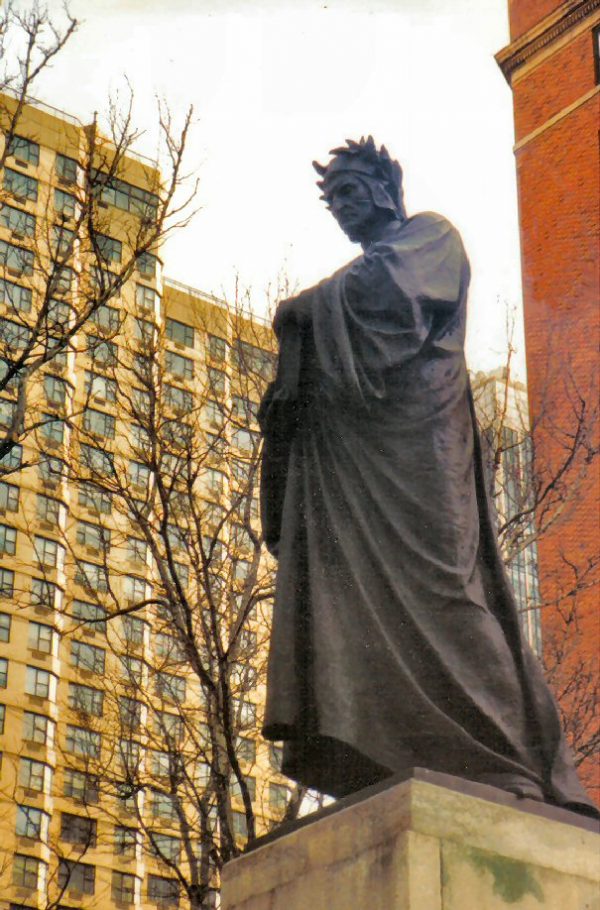 Home to the famous Algonquin Round Table as well as writers like Ernest Hemingway, Tennessee Williams, William Saroyan, Dorothy Parker, and Carl Sandburg, The Algonquin Hotel is known for elegant dining and witty discussions. 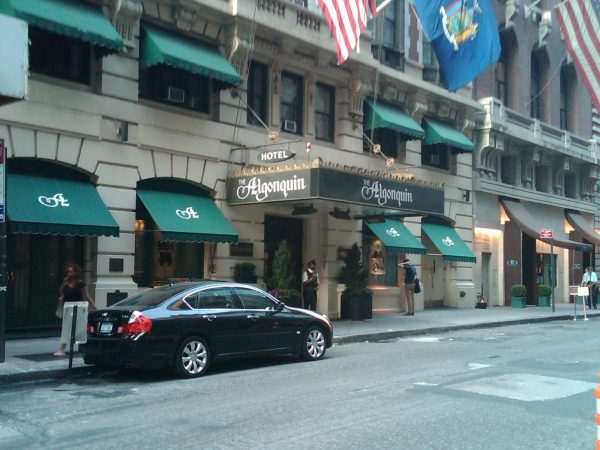 According to The New York Times, The Nuyo is famous for poetry slams and competitions–so much so that the line outside sometimes stretches nearly a full city block. This cafe is a must-see for poets and poetry lovers alike. 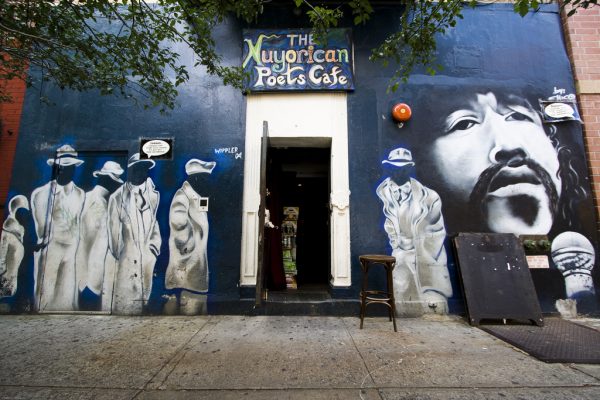 Inspired by the Dewey Decimal System, The Library Hotel is a perfect literary oasis within the bustling city. The Writer’s Den and Poetry Garden allow visitors to relax and indulge their literary interests, while the hotel’s collection of over 6,000 books will entertain even the fastest reader. Honestly, this place is so addicting you might never want to leave–you can even have your wedding there, if you’re so inclined. 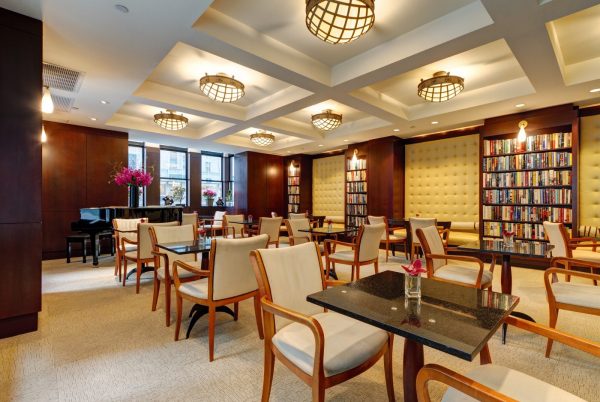 Last, but not least! This family-owned bookstore, founded in 1925, sells a variety of rare books, prints, and maps. They specialize in both Americana and unique literary gifts, so if you need an unusual gift for a special someone, head over to Argosy now. 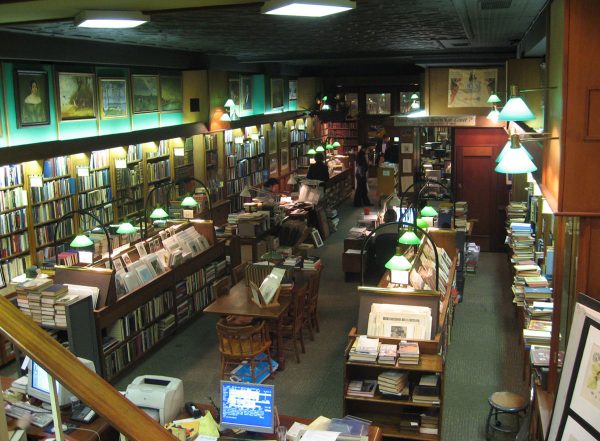