We’ve all heard the now familiar stories of bestselling novels that first blossomed as works of fanfiction– 50 Shades probably being the most notable of these. This is something we all take joy in hearing of- but why? Is it because we want to see that famous authors started from more humble roots? Or is it in fact because the literary world simply fails to take fanfiction seriously?

It’s so easy to dismiss fanfiction as amusing stories written by those who aren’t quite serious enough to write ‘proper books.’ People who may not engage with fanfiction can easily brush it off as smut-ridden versions of more favorable original books and films. Fanficiton is like the underworld of popular movies and literature- and I feel it is time it stopped being overlooked.

First of all, we need to stop disapproving of other people’s interpretations of a fictional world. Who cares if somebody thinks Draco Malfoy and Harry Potter are secretly in love? It doesn’t change the credibility of Harry Potter or the accepted relationships of the books. So, if that same person then decides to write their own stories about these characters, simply for their own enjoyment, then why should we stand in their way?

Fanfiction is not written for profit and does not claim to rule out any original version, leaving little reason for it not to be accepted in its own right. Some suggest it is too similar to the original work to be allocated as a separate and valid genre- which is fair enough, considering few fanfiction works are ever professionally published. But that doesn’t mean it is not a valid form of literature and writing. Writing fanficiton can be a hobby, and should be just as accepted as baking, playing sports, or writing a bestselling novel. People should be able to mention such a hobby to employers or friends, without fearing shame or ridicule. 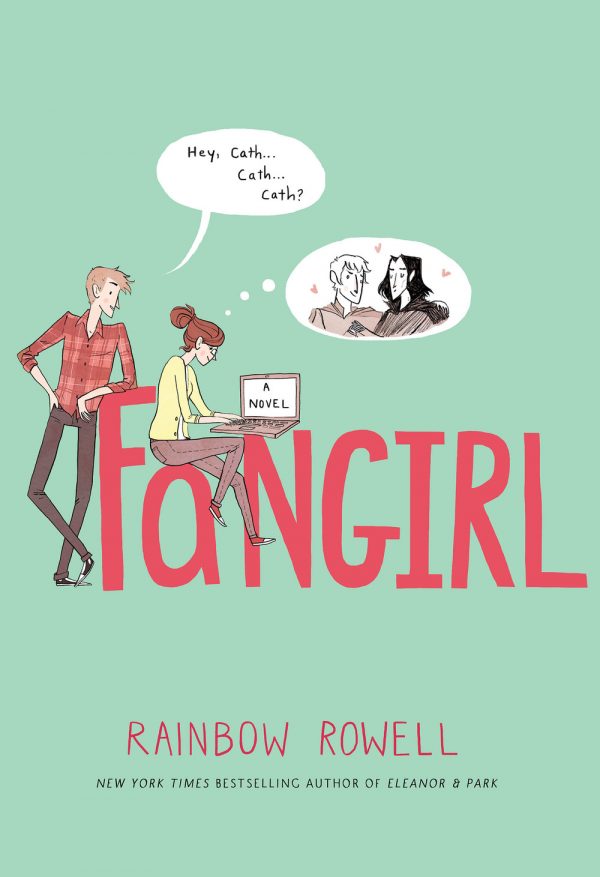 And whilst it is easy to become bogged down by the economic or legal issues of fanfiction, it is important not to forget the writers themselves, many of which show extraordinary talent. These people write stories (some of which are longer than your average paperback) completely for free- just for enjoyment and to give something back to a community of fans that they belong to.

The positives of fanfiction should also be considered, such as the voice it provides to marginalized LGBT+ communities. Popular literature often favors the heterosexual, leaving many without a role model or representation in popular works. So this is where fanfiction steps in- to provide the representation that many mainstream writers unfortunately overlook. In this way, fanfiction writers are helping society as a whole, not just small fanbases.

This easily forgotten group of writers is perfectly represented in Fangirl by Rainbow Rowell, which follows the story of a fanfiction writer and how her writing fits into a normal life. This book opens a window to a world that many people overlook and so I would recommend it to everyone- fangirl or not.

Even if it is just used to develop your writing skills, fanfiction provides a window of opportunity that mainstream fiction often does not. Because of this, I feel it is valid to the literary world and to many who feel ignored by mainstream literature.

But as a fanfiction reader and writer, this is easy for me to say. I acknowledge that I am 100% biased.

So if fanfiction is completely alien to you, why not try reading some- before forming opinions of your own.