My work as a freelance writer and copyeditor relies on the fact that people and businesses both need and want their writing to sound and look good. Whether it’s an email, a press release, a detailed report, or even a newspaper advertisement, putting your best linguistic foot forward creates a positive image for your brand. And that’s how I make a living.

In particular, politicians need to be meticulous in checking their correspondence and publications, for fear of being criticized or ridiculed by their opponents or constituents. The best leaders, political or otherwise, are poised, inspirational, well educated, and well spoken. They project confidence, even with their vocabulary.

Enter Donald Trump: the exception to every aspect of politics and leadership.

He has said: “I know words. I have the best words.”

I beg to differ.

Not only does he NOT have the best words, half the time he doesn’t even have actual words at all. Never mind his numerous, never-ending grammatical errors, the President of the United State’s spelling (or misspelling, in many cases) is unbelievable. You might say it’s “yuuuugely” upsetting.

I began to compile a list of the words he has either misused, misspelled, or made up, but I soon found the task to be exhaustingly overwhelming. I guess I’m a lightweight. And so, below you’ll find a very incomplete, yet extremely effective, list of vocabulary mistakes used by the president.

Trump’s definition: We’re not completely sure.

Trump’s definition: A person I don’t like. Someone who is saying bad things about me.

True definition: One of less than average weight. -OR- One of little consequence or ability.

“Don Lemon is a lightweight – dumb as a rock.” 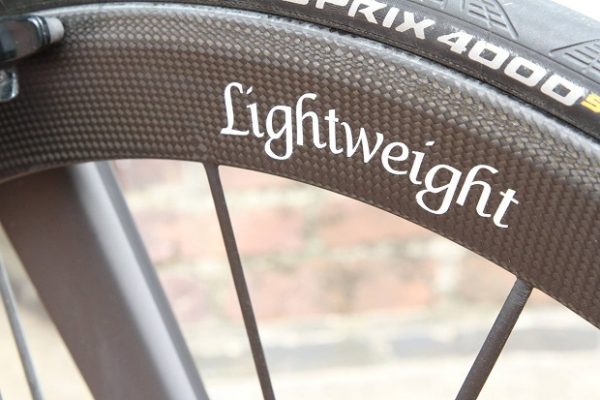 I can’t say I’ve ever used this word to belittle someone, but it seems Trump likes it. He uses it all the time.

Trump’s definition: A process through which other people have listened in on his phone calls.

“How low has Obama gone to tapp my phones during the very sacred election process.” 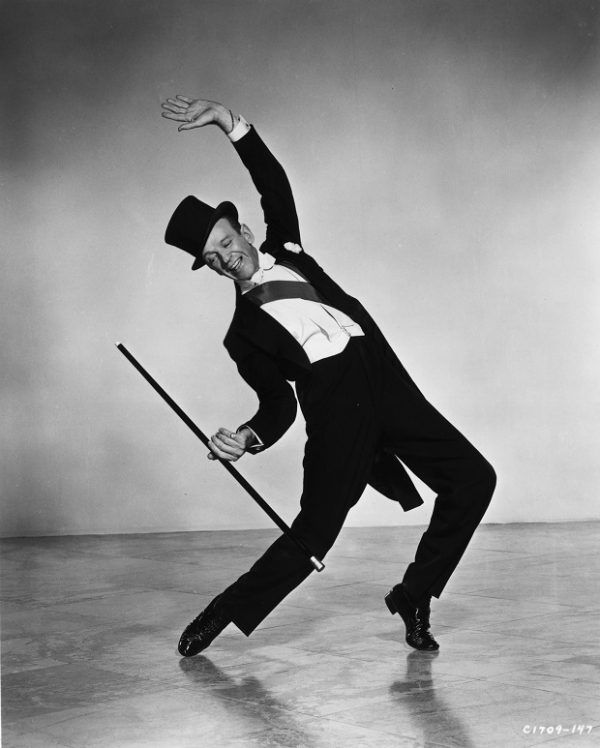 “This Russian connection non-sense is merely an attempt to cover-up the many mistakes made in Hilary Clintons losing campaign.” 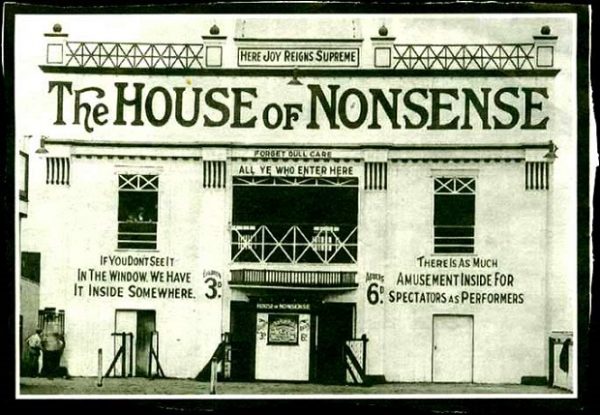 Why would you use a hyphen when you don’t need to? I feel like it’s actually MORE work to add a hyphen. So why bother?

“China steals United States Navy research drone in international waters – rips it out of water and takes it to China in unpresidented act.” 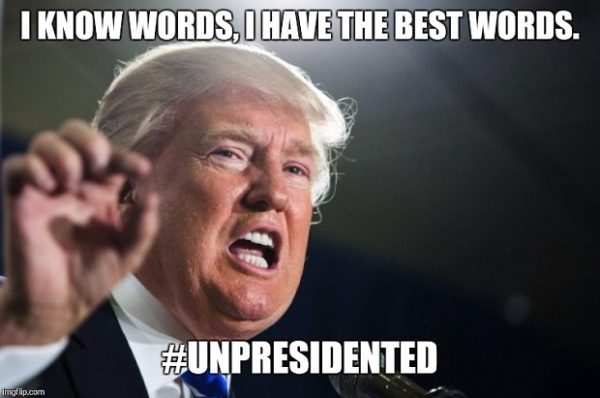 Okay. Yeah. You have the presidency on the brain. We get it.

“I’m not unproud of it, to be honest with you.” 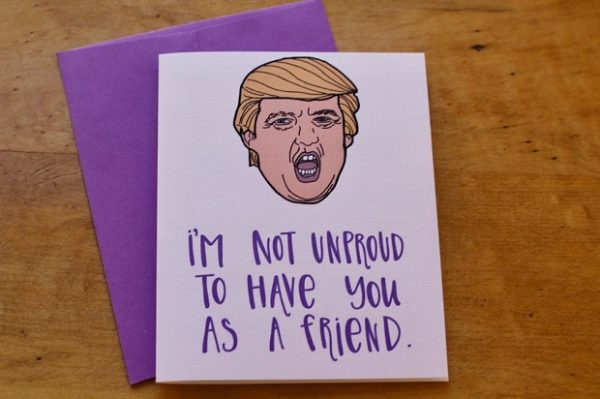 This sounds like something my boyfriend would say. Speaking in double negatives does not make you sound smarter. And yes, this applies to Trump AND my boyfriend. Sorry babe. 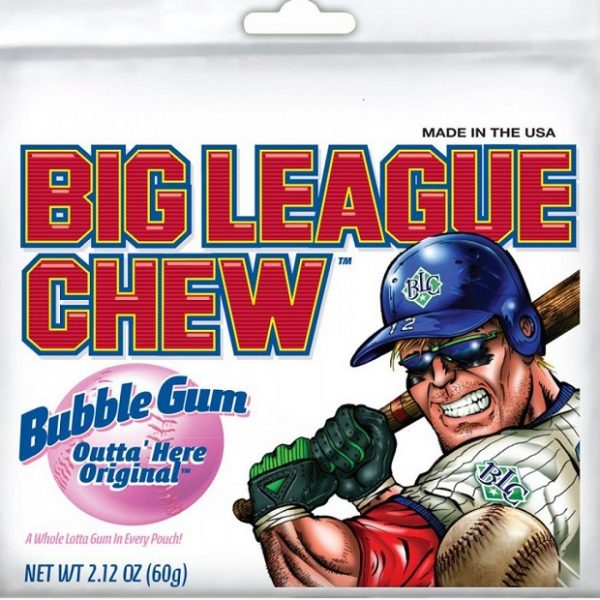 Okay, so it’s a word. But it’s NEVER used. And there’s no way he actually knew that it was a real word that is never used. Some say he meant “big league,” but I don’t see how that makes it any better.

He also used the word “chocker” in another tweet. Wtf? Why are these common, easily spelled words so tricky for him?

True definition: Someone who hones, sharpens.

“I am honered to serve you, the great American People, as your 45th President of the United States.” 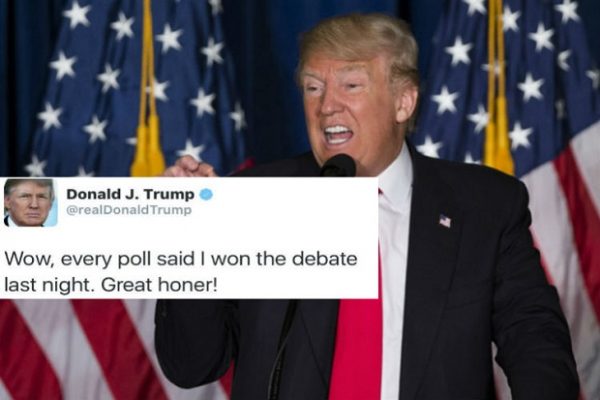 If it’s such a great honor, maybe you could spell it properly? How thankful and humbled can you possibly be if you can’t be bothered to take your time typing and pay attention to the autocorrect? TWICE?!

“I have a great company. I have a tremendous income. And the reason I say that is not in a braggadocious way.” 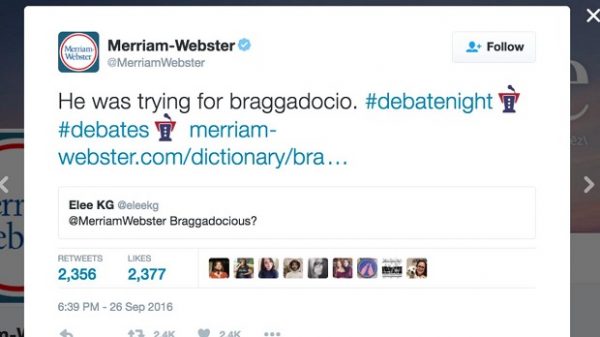 I did not expect this to be a real word. If Merriam-Webster says it’s used so seldom that they don’t bother putting it in the dictionary anymore, I consider it to not be a word. And no, I’m not giving Trump the benefit of the doubt, thinking he knew it was/is a real word.

“But she was gonna beat – she was favored to win and she got schlonged.”

Even though it’s technically not a real word, most people would recognize the word Yiddish term “schlong” which means “penis.” So, he just said that she got hit with a penis. Awesome.

Trump’s definition: Department dedicated to caring for the environment.

True definition: Not a real department.

“The Department of Environmental. I mean, the DEP is killing us environmentally, it’s just killing our business.” 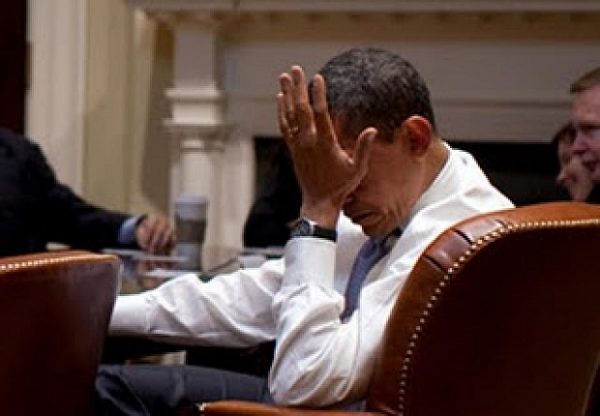 Did he mean “Department of Environmental Protection”? Because if you look it up, the Department of the Environment is something in Australia. He did use the DEP acronym but obviously doesn’t know what it stands for.

Trump’s definition: Less than a billion.

“It has not been easy for me… My father gave me a small loan of $1 million.” 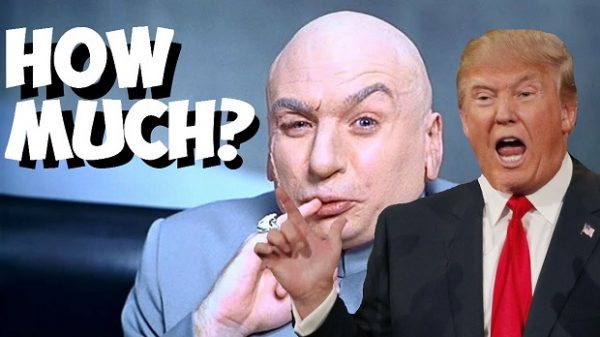 Seriously. How exactly does he think he’s appealing to the masses when he uses a statement like that?

Trump’s definition: A city in Kansas.

“My friend, & great businessman, Phil Ruffin is speaking today in Kansas for me at the Witchita Pachyderm Club.”

“The Donald J. Trump for President Campaign has just announced it will be in Witchita, Kansas for a major rally on Saturday prior to Caucus.” 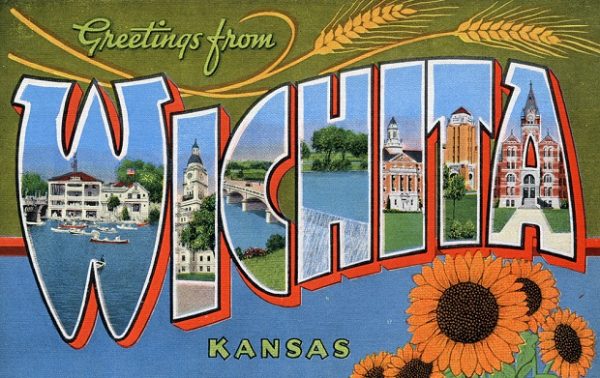 Not once, but twice. Once from the man himself, and once from his campaign office. AND they spelled Kansas wrong. How?

“Despite the constant negative press covfefe.” 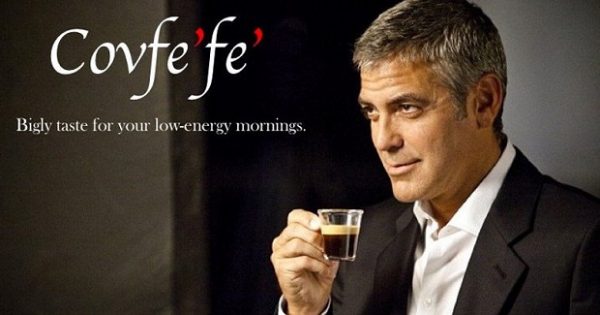 He left the Tweet up there for about 6 hours before acknowledging the error. And even then, he didn’t acknowledge it like we thought he would. It may have been fun for us to joke about, but it’s just another nail in the Grammar coffin.

Although it is neither a misuse, misspelling, or made-up word, it is certainly mispronounced. And overused. Kind of like George W.’s constant use of the word “folks” (although, at least he pronounced it properly), we’re getting kinda tired of Trump calling everything “yuge.” It’s funny, but we can be done now. 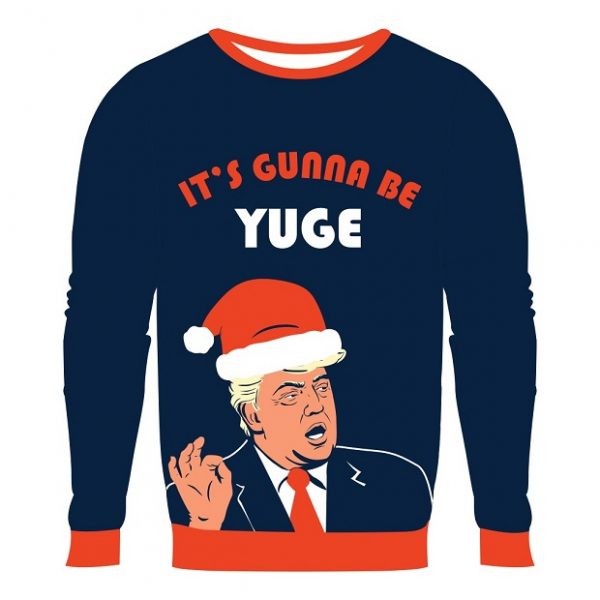 I think the Trump administration would benefit from my copyediting and proofreading skills, don’t you? I could be a yuge asset. Call me!