Speaking at a BookCon panel last weekend, The Handmaid’s Tale author Margaret Atwood delivered some powerful comments about anti-abortion laws that have been gaining traction at the state level in recent years.

While abortion is legal at the federal level in the United States thanks to the Supreme Court’s Roe v. Wade ruling in 1973, state legislators have continued to pass measures that make abortion procedures less accessible and more dangerous for women. Recently, lawmakers in Texas have made it nearly impossible for women in the state to have abortions. 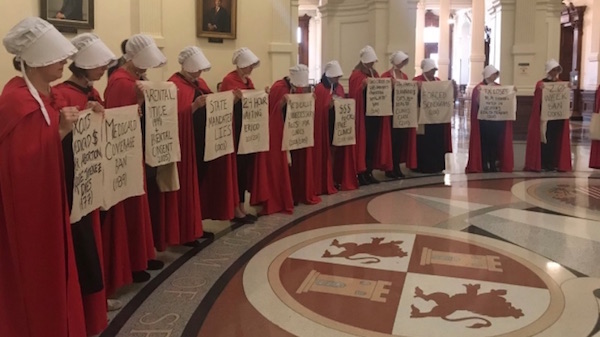 Atwood was on the BookCon panel to discuss her dystopian novel The Handmaid’s Tale, which has been adapted for television in a new Hulu series of the same name. The show is incredibly popular and considered eerily timely in the current political climate. When an audience member asked Atwood about the restrictive abortion legislation in Texas, she delivered a powerful speech on the hypocrisy of the government demanding that women bear and raise children but refusing to help them do so:

“Sometimes people have to live their dream. So if living their dream means a lot of dead women and orphans, maybe they’re going to have to live that dream and maybe they’re just then going to have to figure out, ‘Who’s going to pay for this?’ Who’s going to pay for the orphans and the dead women, because that’s what you’re going to have. And I’m waiting for the first lawsuit. I’m waiting, you know, in which the family of the dead woman sues the … state and I’m also waiting for a lawsuit that says if you force me to have children I cannot afford, you should pay for the process. They should pay for my prenatal care. They should pay for my, otherwise, very expensive delivery, you should pay for my health insurance, you should pay for the upkeep of this child after it is born. That’s where the concern seems to cut off with these people. Once you take your first breath, [it’s] out the window with you. And, it is really a form of slavery to force women to have children that they cannot afford and then to say that they have to raise them… So, [if] that’s what you want state of Texas, live your dream. Then we can all watch and see what that looks like, and whether you’re actually going to go as far as to force this upon women and families and not pay for any of it. If you’re drafted into the army, the other situation in which the state seizes control of your body, at least you get three meals a day, clothing, and a place to sleep. So, if you’re going to do that to women, pay up.” 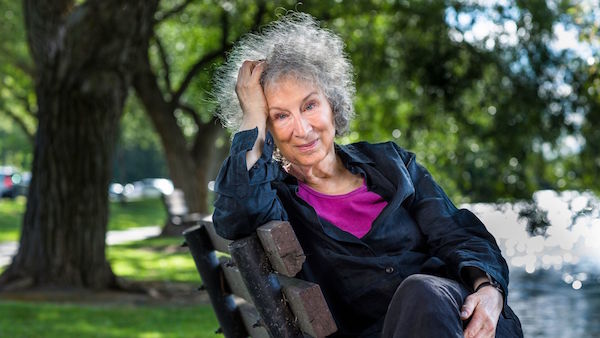 Atwood’s words are a powerful reminder of why The Handmaid’s Tale, and the oppressively misogynist world she created in it, are still so relevant.