Near the Grand Husseini Mosque, on a street that was once the Amman River, there is a bookshop like no other. Hamzeh AlMaaytah (36) runs a 24-hour “emergency room for the mind.” He is dedicated to supplying a place where anyone can come any hour of the day and find books. The shop’s name is Mahall al-Maa, and its owner is described as eccentric. Hamzeh is a man who will leap instead of walk, who is known for poetic pronouncements, and often speaks in Fusha, a literary form of Arabic. He is also known for replying to texts with pictures of handwritten responses.

Mahall al-Maa is open 24 hours a day, and as such, Hamzeh often sleeps in the shop to keep it that way. There is a mattress tucked away behind a screen in the back of his shop. Occasionally he is relieved by two Syrian brothers who are ex-employees. The bookshop has 2000 in stock, with 10,000 stored in a warehouse. To make books even more accessible, all prices are negotiable, and Hamzeh has a robust loan and exchange system. Ahmed Murad (19) a boy living in the nearby orphanage, uses the bookstore exchange program to improve his spelling and grammar. He often visits late at night and discusses literature with Hamzeh. 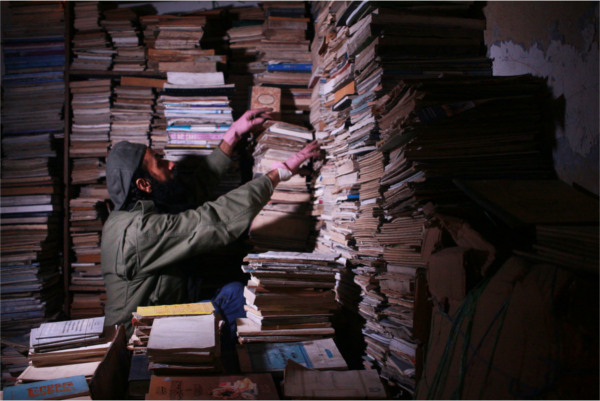 However, you won’t find just any book in Mahall al-Maa. Hamzah carefully curates and censors his collection to remove ideas of violence or hatred. He believes that the education in local schools and orphanage are too radicle, and refuses to sell books that might make other bookstores popular. This includes conspiracies, magic, genealogies, and anti-Semitism. Jordan is a place where Mein Kampf can be found on a shelf next to a biography of the Dalai Lama.

The bookshop was originally founded in the 1890’s by Hamzeh’s great-grandfather Salman in Jerusalem. In 1921 it transferred to Salman’s son Khalil, who bought libraries from departing British officers. In 1947, after Khalil died, his son Mamduh transferred the bookstore to Amman. It was Mamduh, Hamzeh’s father, who began the tradition of keeping the shop open 24 hours. Hamzeh described his father as a “Doctor for the soul.” He was a well-read man who was able to recommend a book to anyone after just a brief conversation. After Mamduh’s death, Hamzeh’s oldest brother took over the shop for a time. 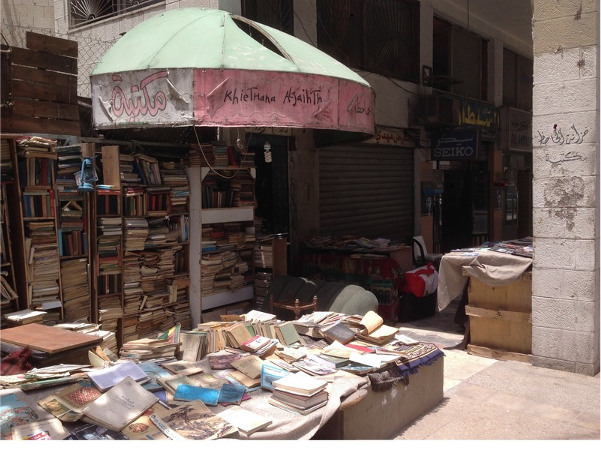 Mahall al-Maa was part of the family businesses until Hamzeh made it independent in 2016. However, since then, due to some bad investments and poor health, the shop has been in decline. Dedicated customers have started a fundraising campaign for $15,000 to help keep the shop open. At the time of writing this, the campaign has been completely funded and then some. A total of $17,982 was raised for Mahall al-Maa, 118% of the initial goal.

When asked what his favorite book is, Hamzeh replied, “A favorite book! No! That is extremism! To say one book is the best, better than any other…no. I could never do it.”

A bookstore that will surely leave its mark on the world.