According to the website What’s Your Sign, summer has plenty of symbolic meaning. It reads as follows:

“In a word: ‘Party!’ And our host is the sun whose presence is fierce and utterly forthright on the scene. Days are longer and the rays of the sun dissolve all shadows in our lives. No hiding, no secrets, no darkness. Summer is a time of light, joviality, expression, and wholehearted action.”

No hiding, no secrets, a love for the sun, and one heck of a wild ride. Got it. Here are 10 books: new, old, and decidedly classic, that you should read during the summer.

The novel itself is so ambitious. It follows Celia and Marco, two young magicians who are playing a beautiful but deadly game against each other. (It’s only natural they fall in love, right?) But the book is so much more than that: you will read about meals that feel and even taste real, but are so lavish and imaginative that they feel otherworldly as well. You will read about the circus itself, a circus that “comes without warning” and seems like a dream to both its fans and the readers. Such delicious magic and whimsy belongs in the long summer months. 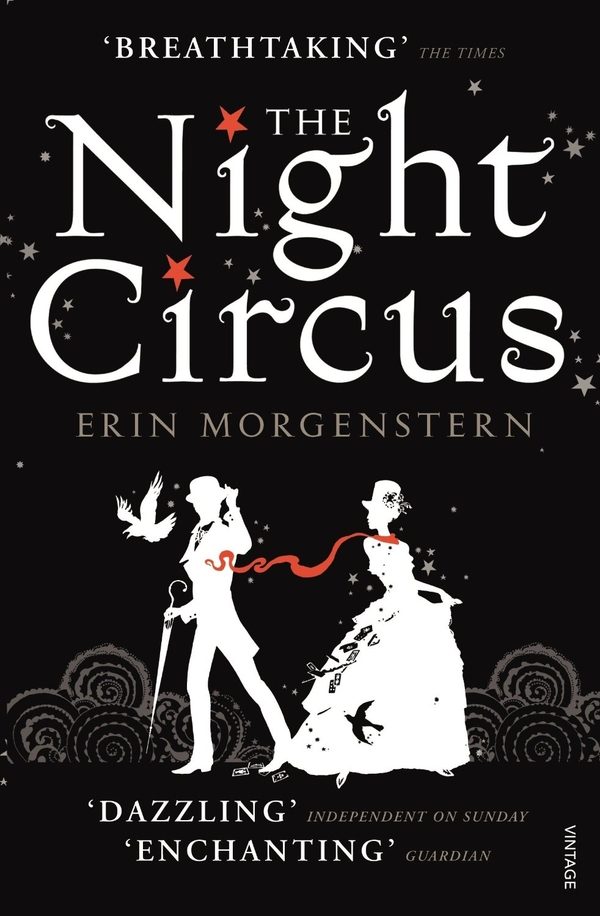 Following in the same vein as The Night Circus, Caraval tells a much more personal adventure. Two sisters, Scarlett and Donatella, have everything to lose. Scarlett gives up her dreams for an arranged marriage so she can escape her father. Tella hasn’t let go of hers. When they end up at Caraval, a whimsical but dark game, Scarlett competes for a wish and Tella disappears. All the games and magic thinly veil something more sinister at work, where truth, faith, and love can save your life and distrust and secrecy can destroy it. 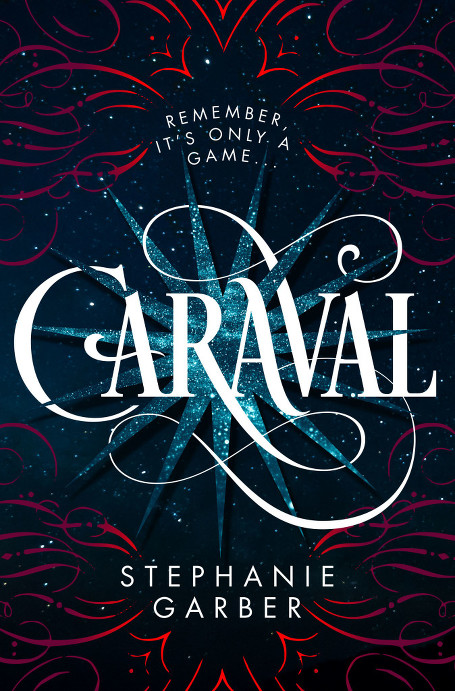 To flip the script with an old classic, F. Scott Fitzgerald‘s writing style by itself is enough of a reason to read this book during the summer. It’s such a pleasure to read, with sentence fluency and imagery that reads like poetry. It’s a fast read, also partly due to the plot. A whirlwind affair with rapid-fire consequences and wild parties are just what the summer doctor ordered. 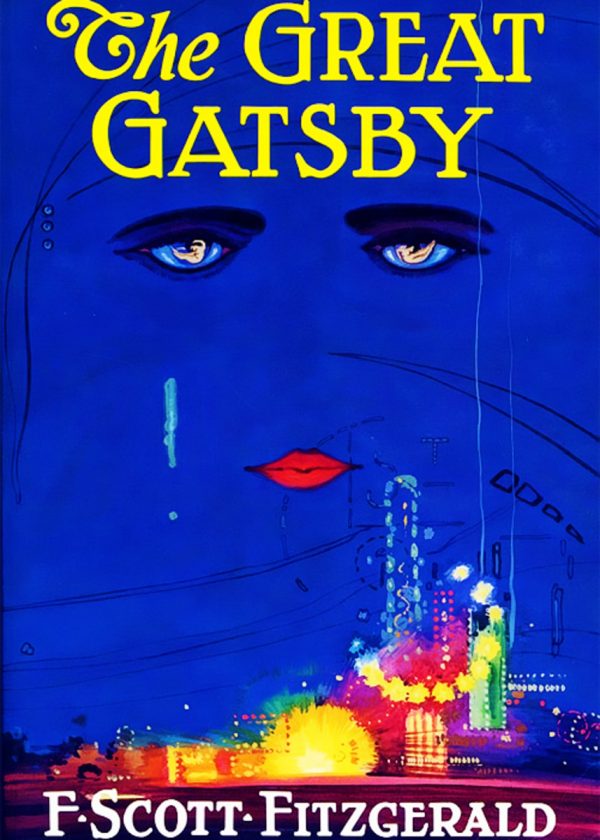 4. Writing Down The Bones by Natalie Goldberg

The awesome thing about summer break (or, if you’re working, the longer nights) is that you have plenty of time to tell your life story, practice writing, or notate the things that we think don’t matter anywhere else. Natalie Goldberg instructs on writing practice in this widely popular book. She teaches to write as fast as you can think, without editing or judging, in order to find something special that is hiding inside you. Is there a more perfect time than now to do so? I think not. 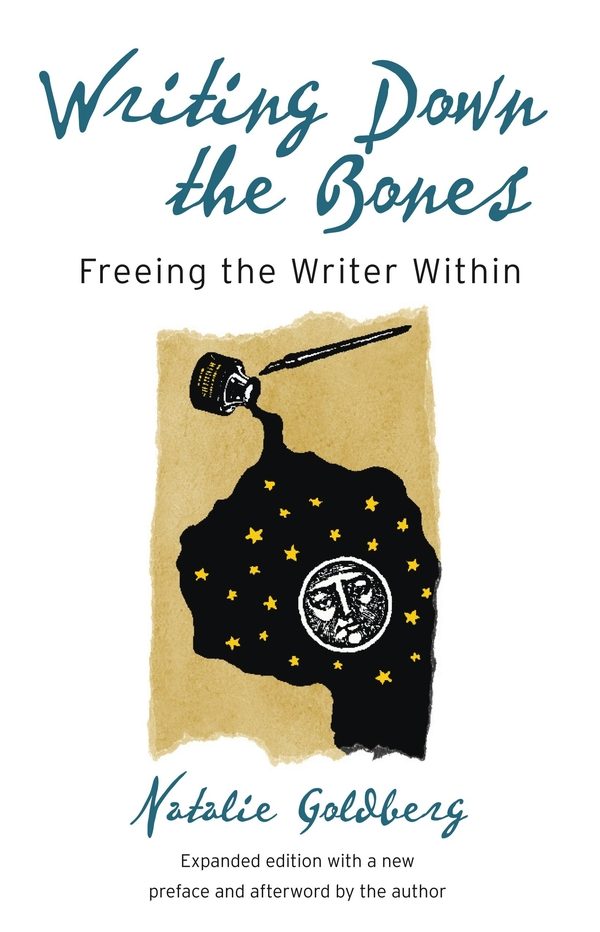 5. On Writing by Stephen King

On the other hand, summer is the perfect time to figure out your novel, or find out if you’re a writer in the first place. Stephen King’s On Writing is half memoir, half writing advice. It tells the story of how his writing career was shaped, and a little bit after, when a car accident changed everything. In between, he gives nuggets of advice in a candid, no-nonsense sort of way. Fans and naysayers alike for Stephen King‘s work have referenced this little book for their own writing careers. 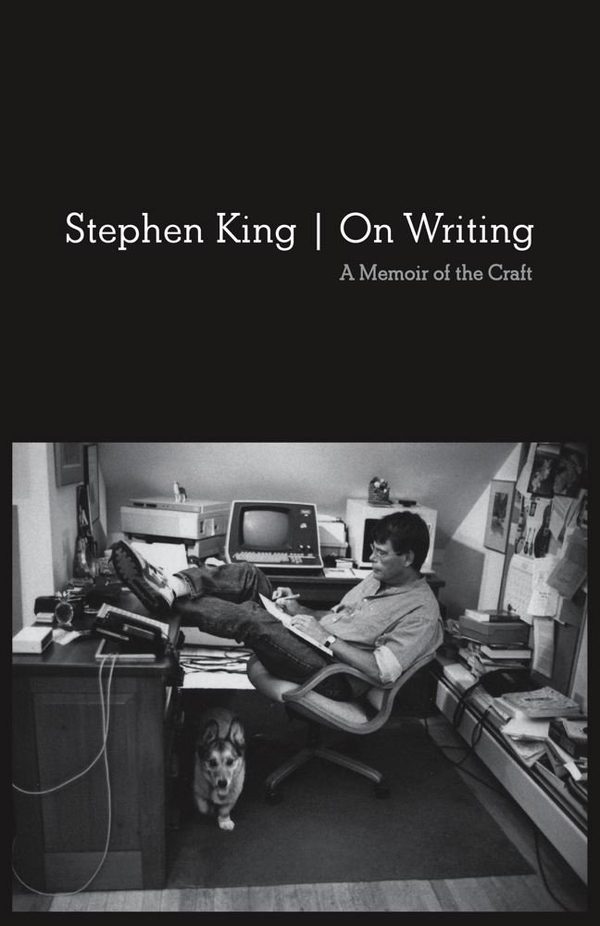 There are so many benefits to reading this book in the summer. If you’re planning on taking a class on Jane Austen or, at least, going to be reading a lot of her books in the months to come, this is a great place to start. Not only is it about a cast of delightful characters who relate to the books and discuss them in their own book club, it’s also a great springboard into the books without boring yourself to death with Sparknotes or For Dummies. The book concept is genius and enjoyable, and it’ll knock out some study hours. 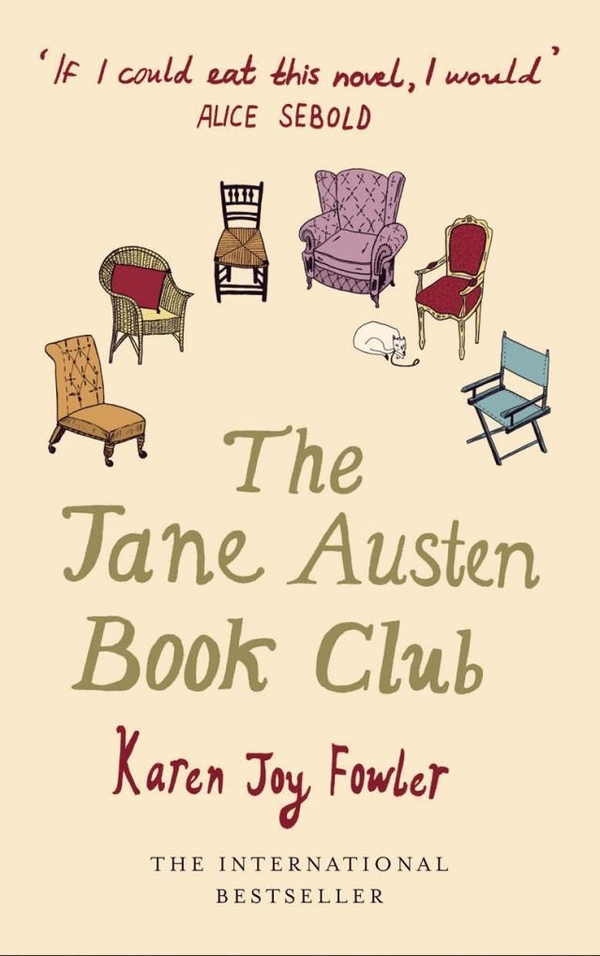 It wouldn’t be right to mention summer reading without a nod to this book. Joe Drape mercilessly – and thanklessly – cracks open the racehorse industry to expose the darker secrets lurking under its surface. But he’s nothing if not fair; he vividly paints a picture of the beauty that Churchill Downs has to offer. American Pharoah, the horse that ended the 37 year drought for Triple Crown winners, almost seems like a back drop to an industry that is gaining momentum again, thanks to this horse and other hard working trainers like Bob Baffert. 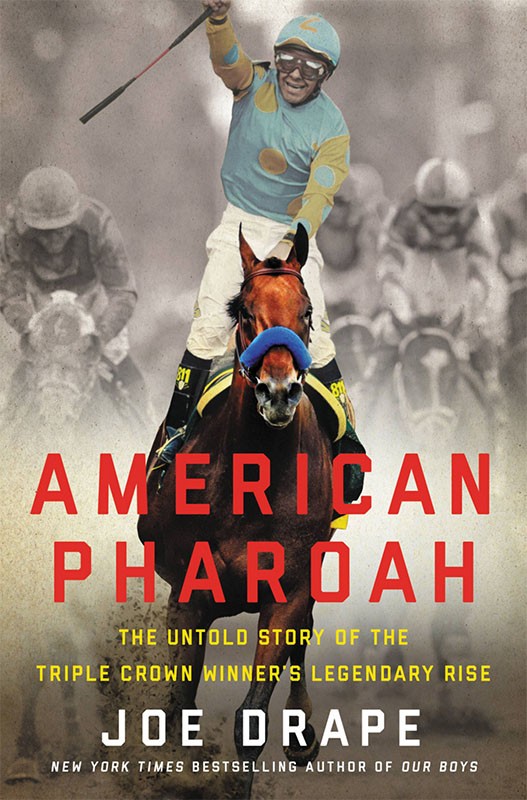 8. The Fault in Our Stars by John Green

I know, everyone and their mother has read this book, and it’s still making a huge sensation. This choice seems like a cliche. But even those who have read this book five million times (like me) need to read it again this summer. Hazel Lancaster and Augusts Waters give us so much to live for in the summer. They never dwell on death, which is closer to them than most, just the light and beauty the world has to offer. And if that doesn’t epitomize the summer, I don’t know what does. 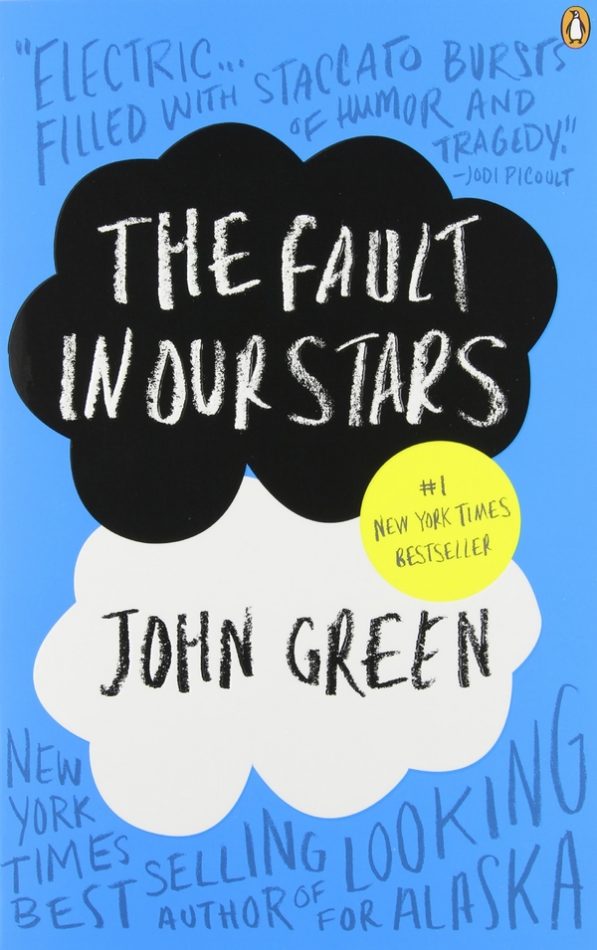 9. The Sisterhood of the Traveling Pants by Ann Brashares

We all know this list would be just wrong without mentioning this one. Almost every 90’s girl remembers gobbling these books up. Four high school students are separated for the summer, for the first time. They are bound by a mysterious pair of pants that fit each of the four girls perfectly, even though they have different body types. They send the pants to each other with letters as they go on their adventures. With varying backgrounds and stories, but bound by an unyielding thread, these books need to show next to the word ‘summer’ in the dictionary. 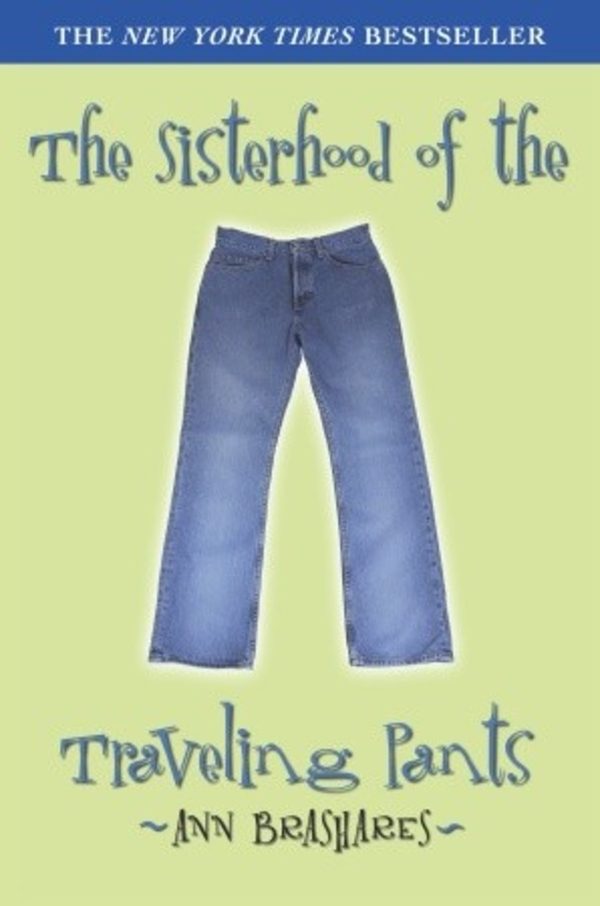 10. The Princess Diarist by Carrie Fisher

This one is painful since Carrie Fisher passed last December, but it’s a good one. She’s one of the few brave enough to publicize her journals she kept while filming Star Wars, including a juicy affair with Harrison Ford. It’s candid, it’s bold, it’s secret-sharing, and completely vulnerable and open. It’s perfect if you’re craving gossip and remembering this remarkable woman who did nothing by halves. 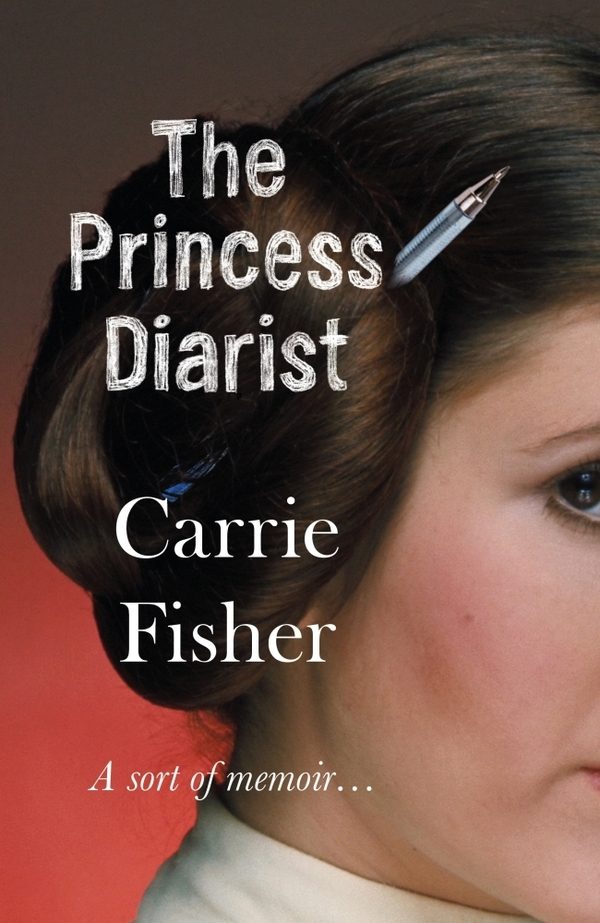 What are you reading this summer? We want to know!