Hermione would not be happy.

Last month, during a burglary in Birmingham, England, a card with 800 words written on it disappeared. But those weren’t just any 800 words–they were a brief Harry Potter prequel jotted down by the famous J.K. Rowling.

Rowling herself even took to Twitter to express her disappointment and to plead Potter fans not to purchase the prequel:

The West Midlands Police did not explain why they were revealing the theft of the manuscript a full month after the incident, but they ask anyone with information about the card to come forward. 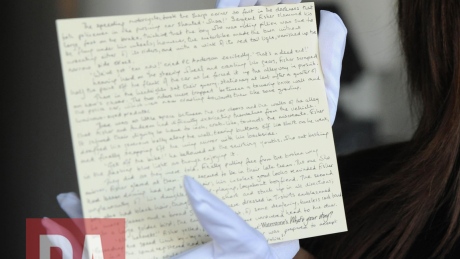 What do you think of the “Potter” burglary? Do you think Rowling will ever actually write the prequel? Share your thoughts below!