The Handmaid’s Tale takes place in a theocratic dictatorship in what was once New England, now known as the Republic of Gilead. Women have methodically been stripped of their rights thanks to escalating governmental overreach based on strongly held religious beliefs—sound familiar? The protagonist, Offred, is a handmaid in the home of a military commander and his wife. As one of few remaining women who can bear children, her sole function is to be a surrogate for the barren couple. 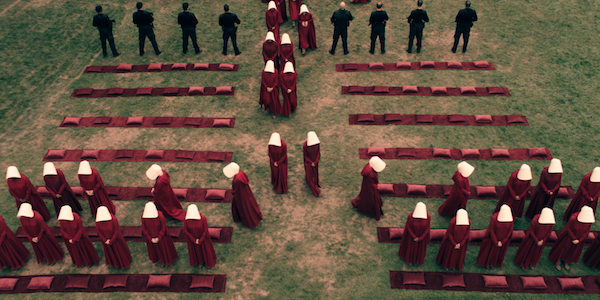 The Hulu adaptation starring Elisabeth Moss has been critically praised, and sales of Atwood’s novel have surged in the months since the election of Donald Trump. (You know, the guy who wears misogyny like a badge of honor? The one we heard proudly admitting to sexual assault on tape? The one whose timeless, eloquent, presidential quotes include saying of women, “You have to treat them like sh*t”? Everyone with me? Cool.) 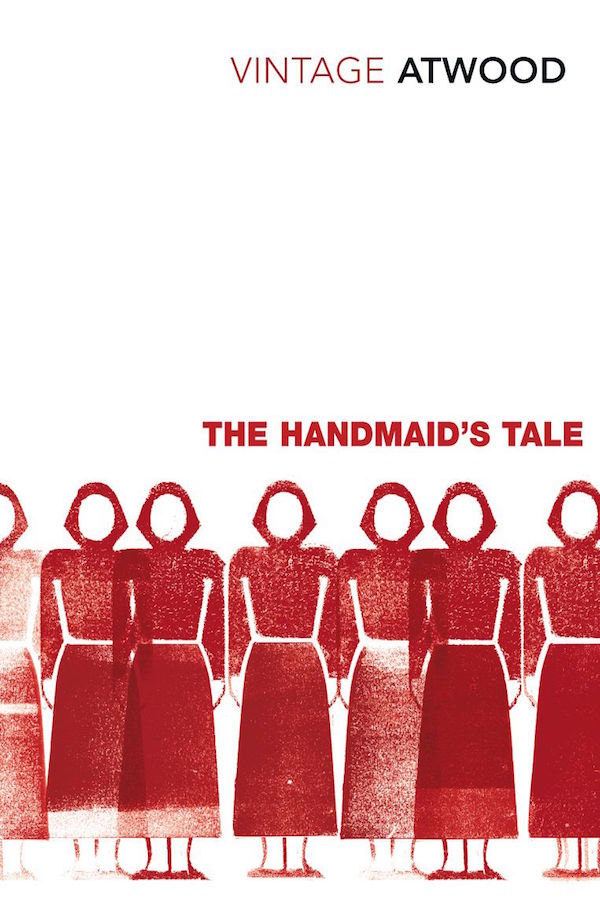 Clinton told gala attendees: “Just ask those who have been watching ‘The Handmaid’s Tale‘, a book I read and was captivated by years ago. I’m not suggesting this dystopian future is around the corner, but the show has prompted important conversations about women’s rights and autonomy. In The Handmaid’s Tale, women’s rights are gradually, slowly stripped away. As one character says, ‘We didn’t look up from our phones until it was too late.’ It’s not too late for us, but we have to encourage the millions of women and men who support Planned Parenthood’s mission to keep fighting.”

To many American women, the world we see in The Handmaid’s Tale seems less far-fetched in today’s time. Days after Clinton’s speech, the House of Representatives passed a repeal-and-replace healthcare bill that threatens the health of millions of women in the U.S. It also aims to defund Planned Parenthood, which provides essential reproductive and preventative care to American women.

Whether you read the book or watch the show (and I strongly recommend doing both, if you are a woman or have ever, I don’t know, spoken to one), the most disconcerting aspect of The Handmaid’s Tale is not the life Offred is forced to live as a handmaid. It’s the flashbacks to her former life, interwoven with explanations of just how Christian extremism and military force combined to manipulate a nation of people who weren’t paying enough attention.