You might have already heard that HBO has signed on four writers to create Game of Thrones spinoffs, but you probably don’t know the one little detail most important for fans of the books.

George R. R. Martin has agreed to take a hands-on role in getting those spinoffs off the ground, working with Jane Goldman (Kick-Ass, Kingsman) and Carly Wray (Mad Men, The Bastard Executioner). I know what you’re probably thinking right now: How in the world is that a bad thing?? 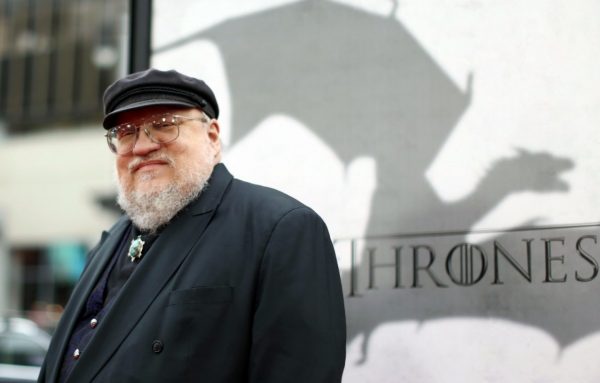 The thing is, George R. R. Martin, while completely brilliant, is a very slow writer. And I mean SLOW. When Game of Thrones first premiered in 2011, Martin had written only four of the planned seven books in the series. He soon published the fifth, A Dance With Dragons, but by the time the sixth season of Game of Thrones rolled around, the show had more than caught up with the books. Fans had no idea what would happen because Martin hadn’t been able to finish the sixth novel in the series as planned.

“It’s distraction,” Martin stated in 2014. “Because the books and the show are so popular I have interviews to do constantly. I have travel plans constantly. It’s like suddenly I get invited to travel to South Africa or Dubai, and who’s passing up a free trip to Dubai? I don’t write when I travel. I don’t write in hotel rooms. I don’t write on airplanes. I really have to be in my own house undisturbed to write. Through most of my life nobody did bother me, but now everyone bothers me every day. I have assistants and minions whose main job is to make sure people don’t bother me so I can actually get writing done.”

Now that Martin has agreed to help with these spinoffs, it seems more and more unlikely that he will EVER finish his book series. Sorry, Game of Thrones fans.

What do you think of the spinoffs? Do you think they’ll impact Martin’s writing schedule? Share your thoughts below!