Way back in 2009, before the controversial 2016 presidential election and numerous *huge* scandals surrounding her father, Ivanka Trump published a book.

The Trump Card: Playing to Win in Work and Life is a quasi auto-biographical (Ivanka spends a significant portion of the book talking about how fantastic and wonderful and generous her family is) self-help book ostensibly dedicated to improving the common person’s ability to find success. What it actually is, as The New Yorker so delightfully points out, is a horrifying look at the kind of person we Americans now admire and laud.

Need proof? Check out these quotes from the book:

1. Truth is apparently not at all important 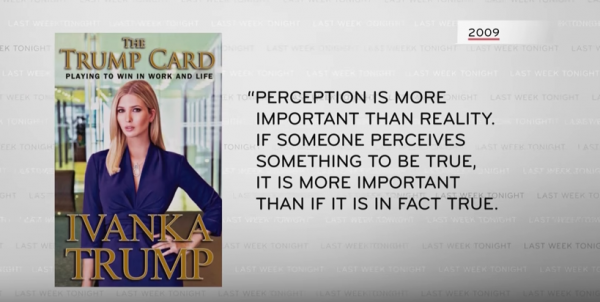 “During the 2009 season of Celebrity Apprentice, I managed to integrate my role at the Trump Organization with my television persona in such a way that it reinforced my jewelry brand.”

Replace the phrase “2009 season of Celebrity Apprentice” with “my daddy’s presidency,” and the words “Trump Organization” with “Trump’s presidential cabinet,” then try not to shudder. Because isn’t that exactly what she’s tried to do? Use her position as her dad’s advisor to blather on about how she doesn’t know what “complicit” means, and then throw a tantrum when her position doesn’t successfully “reinforce” her brand?

3. The next generation of Trumps

“[M]y focus is to ensure that these successes continue for the next generation of Trumps. After all, we Trumps don’t play to perceptions. We play to win.”

If you want to play Nepotism Monopoly within your own family business, there’s nothing I can do about it. But is anyone else already terrified that this “focus on ensuring the success of the next generation” thing might mean that Jared Kushner–or worse, Donald Trump Jr.–will try to establish some sort of Trump presidential dynasty??

“Gosh, I sound like my father, don’t I? But that’s what you get from this particular Daddy’s girl.”

And many, many, MANY other references to her special relationship with Daddy.

5. The *tremendous* hardship of being born with a silver spoon in your mouth

One of the most cringe-worthy parts of the book is when Ivanka tries to convince readers that being born into an uber-wealthy family actually made her life incredibly difficult.

Although the story of how she and her brothers sold fake Native American arrowheads to the other children sends a FANTASTIC message about the Trump family belief system, the tragic tale of how Ivanka was unable to set up a lemonade stand outside of Trump Tower is particularly heart-wrenching. The solution? Force your bodyguard, driver, and maids to “d[i]g deep for their change” so that you can tell daddy you made money that day. 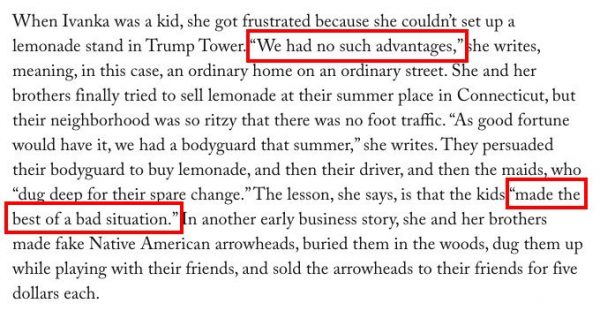 “Everybody is given everything they need, all the time. We know that because it’s in every scripture.” 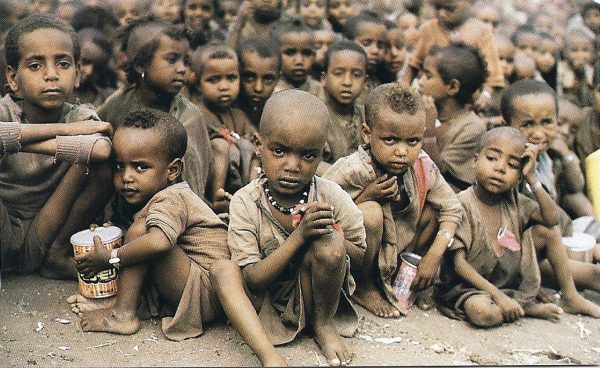 7. The unending hypocrisy and double standards

In this book, Ivanka warns her readers to behave on social media because “It’s only a matter of time before some political candidate or high-level appointee is bounced from contention because he or she has been ‘tagged’ in an inappropriate photo.” 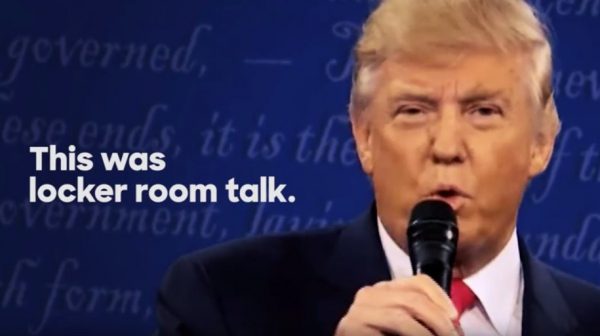 Women Who Work: Rewriting the Rules for Success, Ivanka’s next book, is due out next month.

Have you read The Trump Card? What do you think of these quotes?