If you know your Elizabethan slang and poetical metaphors, you also know that Shakespeare was actually a pretty hilarious–and dirty–guy. But what happens when you cross Shakespeare with the modern age?

Perfection, of course. For your convenience, we’ve rounded up some of the most hilarious puns, jokes, and Shakespeare fails out there. Check the list out now:

Can someone put this in a Valentine’s card?

I’d watch the heck out of this. 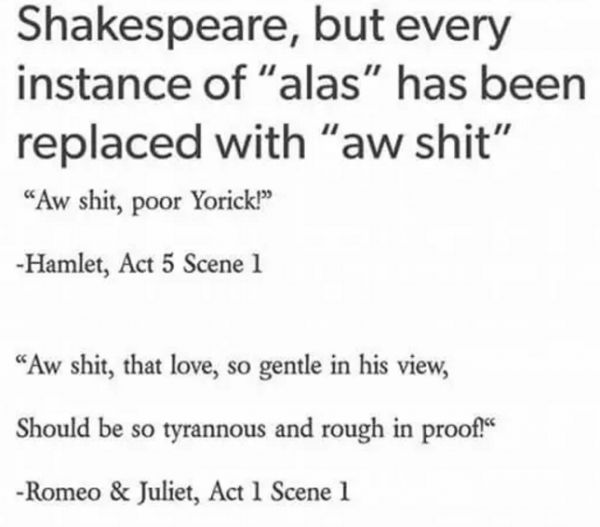 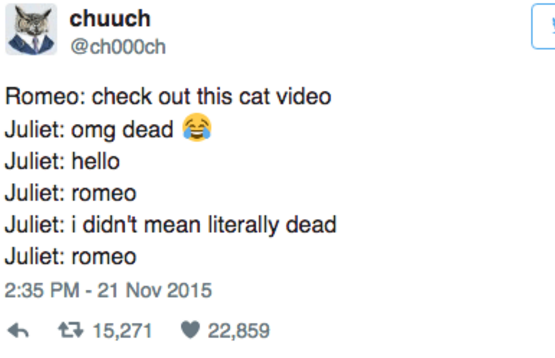 Aaron for the win. 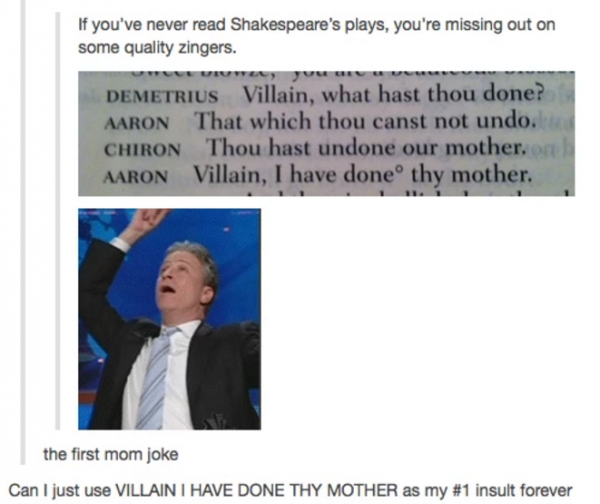 Because Hollywood totally would. 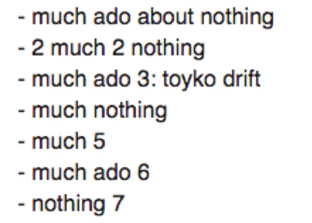 Will was just that wise. 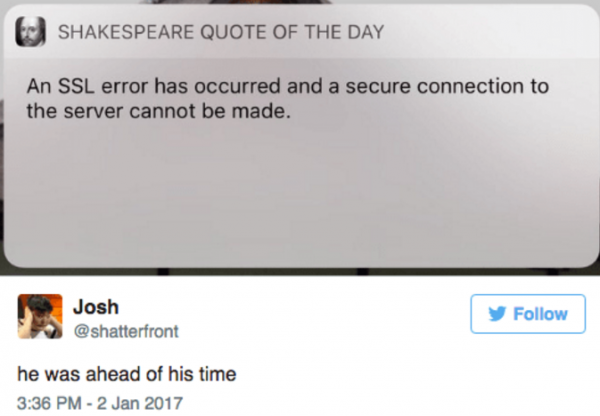 8. This champion of a human being

Oh no she didn’t! 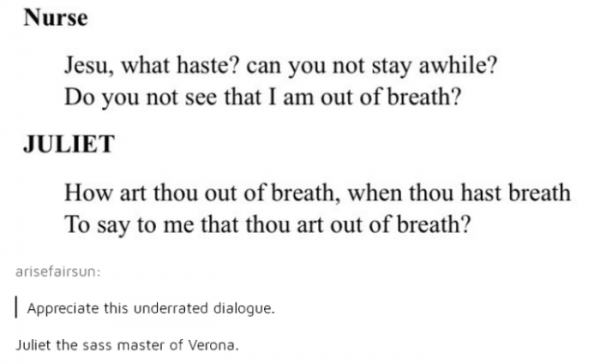 You learn something new every day. 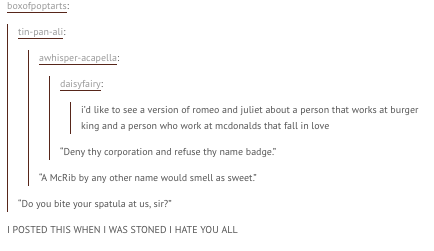 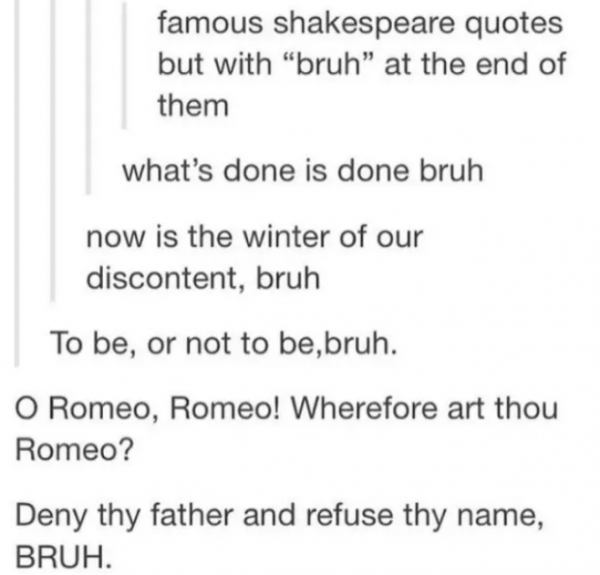 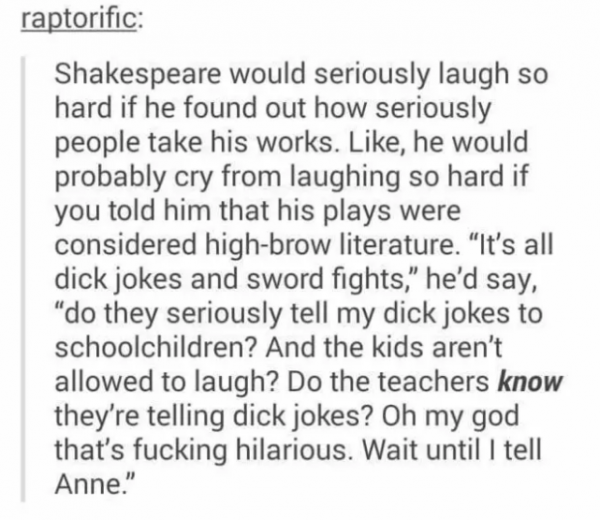 Kim’s not the best role model out there, but Shakespeare’s heroines?? 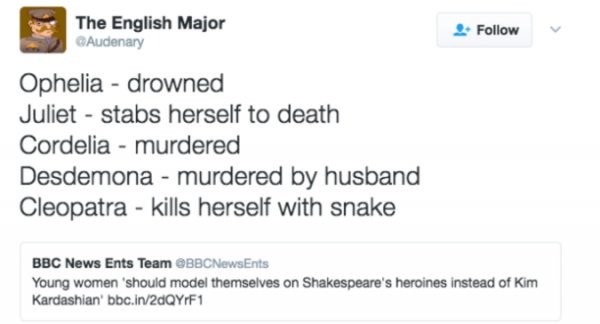 What do you think of these Shakespeare jokes? Do you have any of your own? Share below!