In 2011, as he was prepping his AP English students for the exam, high school teacher Eric Kallenborn had an idea.

What if, instead of simply assigning essays on Shakespeare and tests on Whitman, he gave his students a choice between reading the traditional textbook and a graphic novel version of it? As an experiment, he borrowed library copies of Gareth Hinds’ illustrated Beowulf adaptation. Half of his students chose that version, half chose the traditional version of the epic poem.

The results were absolutely astounding. 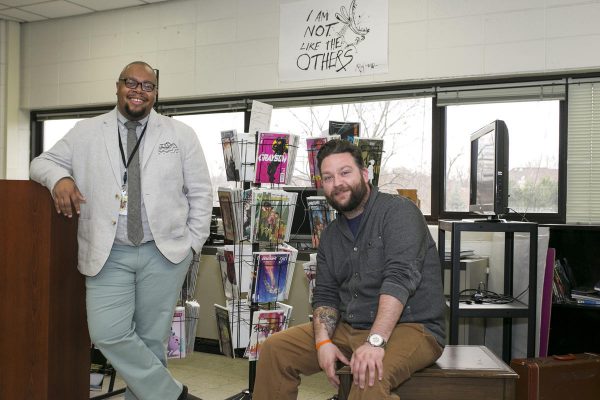 The students who read the graphic novel spent half the time reading as the other students did (60 v. 155 hours), yet they scored just three points lower on tests than the other students. The students who chose the graphic novel also got the same scores on assigned essays as the other half of the class–quite shocking, given the fact that literary analysis essays typically focus on stylistic and language elements as well as themes and ideas.

Kallenborn got the same results when he tried a similar experiment with his sophomore English class. But in that case, the students who chose the graphic novel adaptation of Hamlet over the original play actually scored higher on assessments than the other students.

“It makes sense for us to watch Shakespeare and analyze the direction of it, which is what a graphic novel allows you to do,” Kallenborn said. “Shakespeare didn’t write his plays for us to read in high school classrooms.” 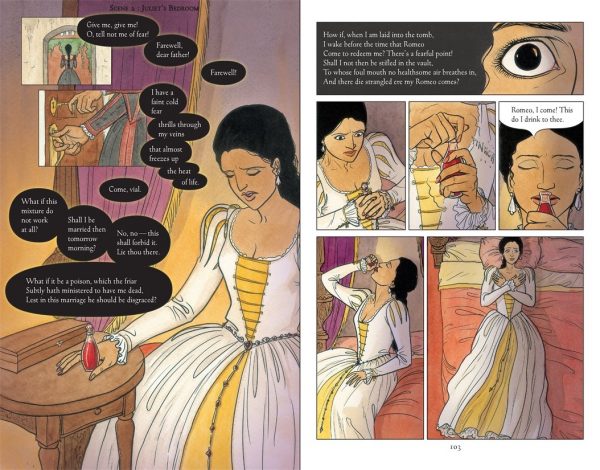 Kallenborn and another teacher at his school, Ronell Whitaker, are currently in the process of launching a program called Comics Education Outreach, which will be dedicated to helping other teachers use comics and graphic novels in the classroom.

“It sounds elementary, but it’s really not,” Kallenborn stated. “We’re seeing a paradigm shift of people translating images more fluently than text — think of Snapchat or Instagram. It’s a natural shift for kids to move into the pairing of text and images because that’s what they’re given on a constant daily basis. So it makes sense for teachers to utilize (graphic novels and comics) more.”

What do you think of reading graphic novels versus the actual texts? Are you going to use this method to study for your AP tests? Share your thoughts below!