Bow down to J.K. Rowling, for she is all that is glorious and clever and mysterious and wise.

Some literary snobs may call Harry Potter overrated, but true Potterheads know the truth. No matter how many times (or dozens of times) you read the series, you can always discover some new mind-blowing detail or connection. Want proof that Rowling is a certified genius? Check out this list:

1. That super-subtle Severus Snape detail in Harry Potter and the Sorcerer’s Stone

In the first book, when Harry, Ron, and Hermione convince themselves that Snape is trying to steal the sorcerer’s stone, Harry gets worried because he gets a “horrible feeling that Snape could read minds.” What up, Harry. Snape actually CAN read minds. Five books later, Rowling reveals that Snape is in fact a skilled Legilimens. 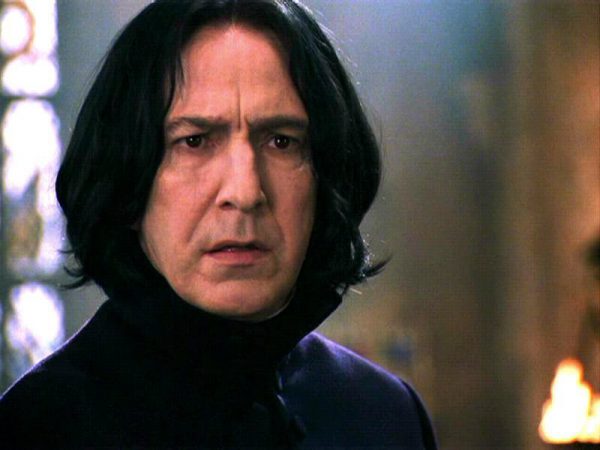 2. Fred and George are everyone’s heroes

Turns out, everyone’s favorite twins were trolling Voldemort before anyone even knew that Voldemort was back. During the Christmas holiday in Harry Potter and the Sorcerer’s Stone, Fred and George get in trouble for “bewitching several snowballs so that they followed Quirrell around, bouncing off the back of his turban.”

The back of Quirrell’s turban. A.K.A. Voldemort’s face. 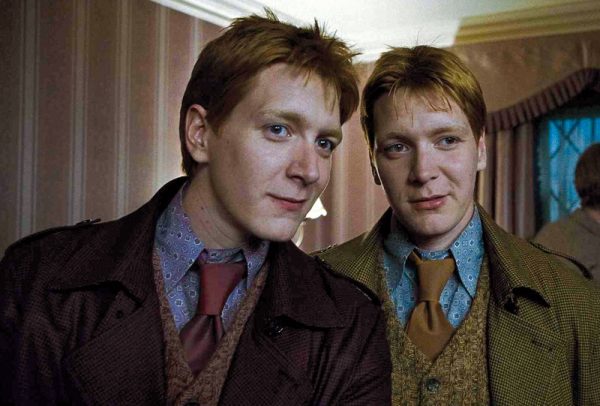 3. Neville’s courage is even more heartbreakingly perfect than we realized

Everyone loves that moment–Neville is totally an underrated character. But later in the series, we learn that Dumbledore was actually speaking from personal experience. He and Grindelwald were best friends in their youth, but Dumbledore still had to muster the courage to battle him when Grindelwald turned evil.

4. The REAL reason Ron and Neville suck at magic

Everyone loves Ron and Neville, but they weren’t exactly Hogwarts’ star pupils. But it’s not actually their fault! In Harry Potter and the Deathly Hallows, we learn that using another’s wand will never produce as powerful magic as if you were using your own. In the first few books, Ron uses Percy’s old wand (and even continues using it after breaking it in the Whomping Willow crash), and Neville uses his father’s wand.

You remember how Draco Malfoy spent all of his sixth year at Hogwarts trying to repair the vanishing cabinet in the Room of Requirement? Well, that’s because in Harry Potter and the Chamber of Secrets, Nearly Headless Nick gets Harry out of trouble by convincing Peeves to destroy a *certain cabinet* in the room above Filch’s office. 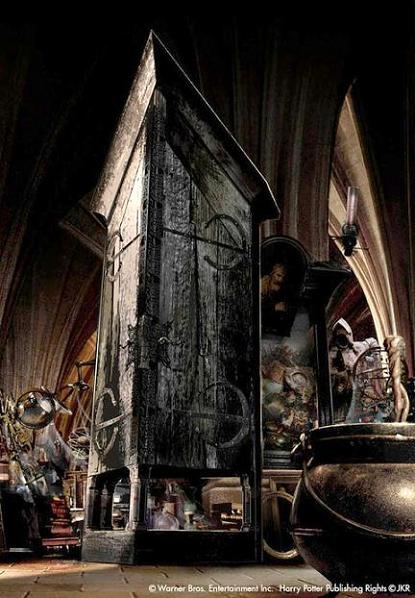 In the second book, Ron is forced to spend his detention cleaning old school awards in the trophy room and sees an award given to a “Tom Riddle” in recognition of special services to the school. Later, Ron speculates to Harry that Riddle won the award for killing Moaning Myrtle, because “that would’ve done everyone a favour.”

But of course, Riddle actually did kill Moaning Myrtle, by setting the basilisk on her. Nice job, Ron. 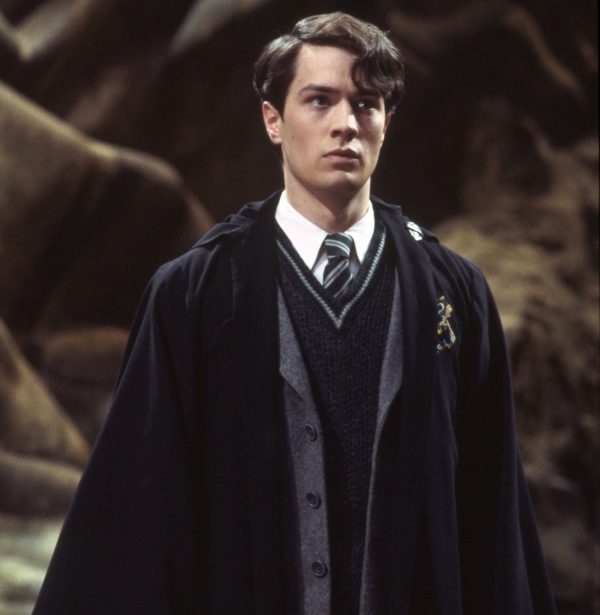 7. Harry and the Dementors

All throughout the series, we hear about how dementors force people to relive their worst memories. Harry’s, of course, is the night his parents died, which is why he always hears his mom screaming. Right? WRONG.

Logically speaking, baby Harry was much too young to remember his parents’ death. But since a tiny piece of Voldemort’s soul latched onto Harry that night, it all still makes sense. That night was Voldemort’s worst memory, since it was the closest he ever came to death. When dementors come near Harry, that Horcrux relives the memory. (Am I the only one wondering what Harry hears when dementors come near him AFTER the Horcrux inside him is killed?)

Oh, Professor Trelawney. Ditzy and more-or-less clueless, Trelawney rarely gets things right. Except in the fourth book, when Trelawney starts fixating on Harry: “Your dark hair… your mean stature… tragic losses so young in life… I think I am right in saying, my dear, that you were born in mid-winter?”

Harry, as we all know, was born on July 31st. But Voldemort (gotta remember that a piece of him lives in Harry!) was born on December 31st. You go, Trelawney. 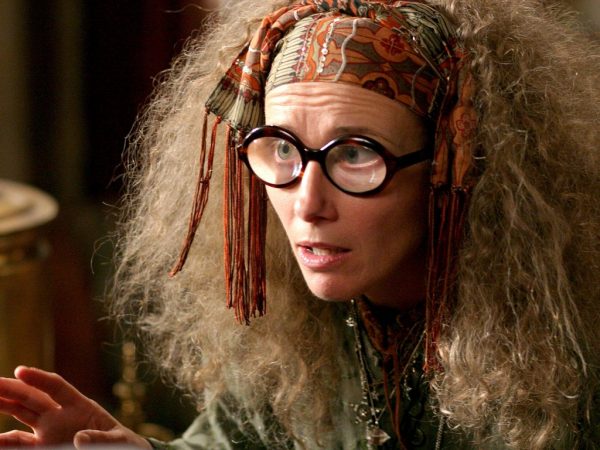 9. Voldemort knew from the very beginning that Wormtail was going to lose his hand

At the very beginning of Harry Potter and the Goblet of Fire, Frank Bryce overhears Voldemort telling Wormtail that, if he remains loyal, he will be performing “an essential task … one that many of my followers would give their right hands to perform.”

In Harry Potter and the Prisoner of Azkaban, Harry and Ron fake their way through a ton of Divination homework by predicting a slew of terrible misfortunes in their futures. However, once Harry starts competing in the Triwizard Tournament, their predictions actually come true. First, Harry says he’ll be “in danger of burns” (dragons, first task). Then Ron says he’ll “lose a treasured possession” (second task). Lastly, they predict that Harry will be “stabbed in the back by a friend” (fake Professor Moody) and will “come off worse in a fight” (graveyard battle with Voldemort).

At the end of Harry Potter and the Goblet of Fire when Harry tells Dumbledore that Wormtail used his blood to bring Voldemort back, Harry sees a “gleam of something like triumph in Dumbledore’s eyes.” Later, of course, we learn that by using Harry’s blood in his resurrection ritual, Voldemort accidentally ensured both Harry’s survival and his own defeat. 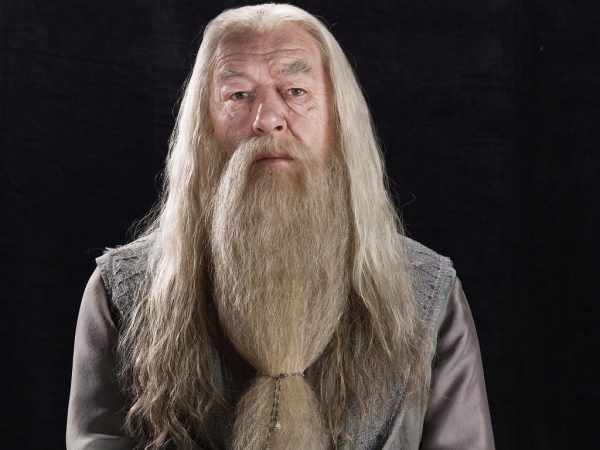 12. The secret reference to Snape and Lily

When Dudley is attacked by dementors in the fifth book, the whole household at 4 Privet Drive is shocked to hear that Aunt Petunia actually knows about Azkaban as well as dementors. She awkwardly attempts to explain her knowledge: “I heard – that awful boy – telling her about them – years ago.”

Harry of course assumes that she means his father, James. But in the last book, we realize that it must have been young Severus who told Lily about these dark creatures. 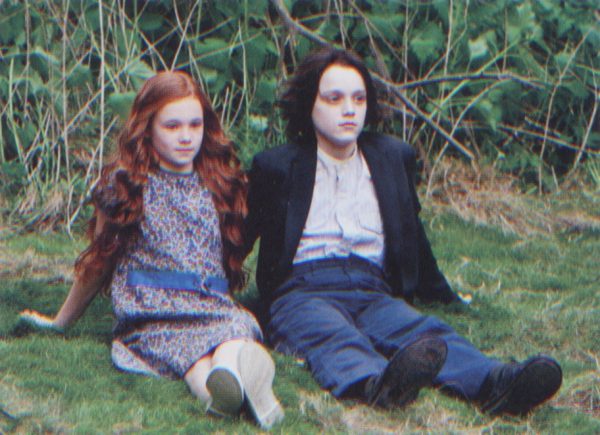 13. The secret code in the visitor’s entrance

Visitors can enter the Ministry of Magic by dialing 62442–which, when spelled out on a traditional phone keypad, means “magic.”

Names are extremely significant in the Harry Potter series. Sirius is named for the Dog Star, Lupin’s name literally MEANS “wolf,” and Fred and George are named for particularly interesting British monarchs. King George III went deaf in his later years (is this why George had to lose an ear??) and was succeeded by his son and heir, Prince Frederick of Wales. 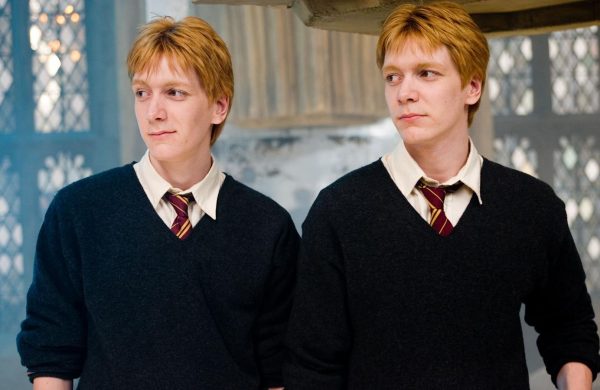 In the fifth book, lots of prophecies are accidentally smashed during the fight with Lucius Malfoy and the other Death Eaters. Harry can only make out one short phrase over Malfoy’s voice: “…at the Solstice will come a new…and none will come after…”

The title of Harry Potter and the Deathly Hallows, the last book in the series, was announced on December 21st. Which just so happens to be the Winter Solstice.

What’s your favorite hidden Harry Potter detail? Did you already know about any of the details on this list? Share your thoughts below!