Ask any bibliophile and they’ll tell you that one of their favorite things about books is their scent—specifically the smell of old books. For many it’s the feelings of nostalgia the scent sparks. The smell is so distinctive, in fact, that a British chemistry teacher created an infographic to explain how and why the scent of antique and new books differ. In short, the smell of old books come from chemical degradation, with Benzaldehyde adding an almond-like scent, vanillin smells of vanilla and ethyl hexanol has a ‘slightly floral’ scent. Ethyl benzene and toluene, which are also produced, give off sweet odors. It is this breakdown of chemicals over time that produces the scent so many attribute as one of their favorites. Now, an effort by Columbia University and the Morgan Library & Museum seeks to record scents in old books and associated objects, in an attempt to pin down the powerful connection between smell and memory, especially collective memory. 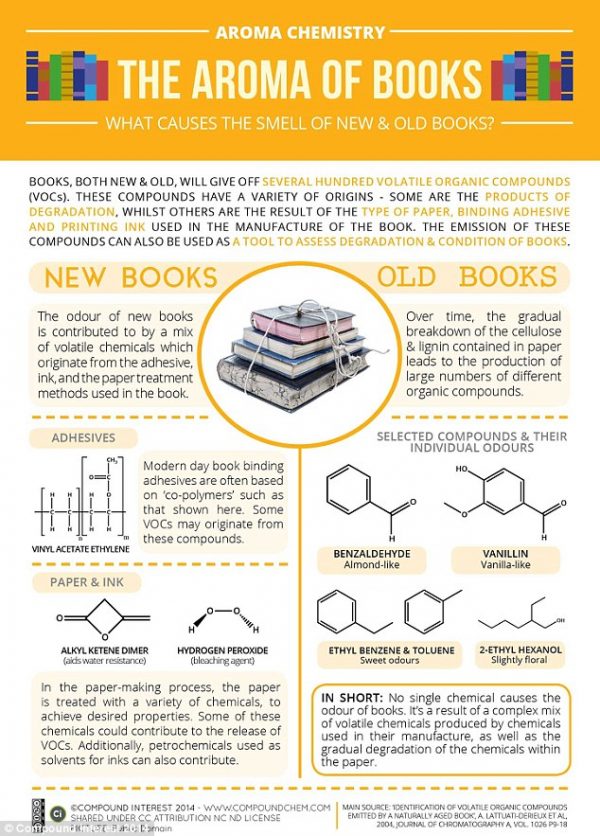 Jorge Otero-Pailos, professor and director of historic preservation at Columbia, along with seven of his graduate students and Christine Nelson, curator of literary and historic manuscripts at the Morgan Library have collaborated on this project with the goal of someday being able to convey a sense of the Morgan Library’s history beyond just its look and feel. Their primary tool for achieving this is a Jules Verne-esque contraption: a crystalline dome with plastic tubing snaking from its side. This scent-collecting glass-bell sampler is gently placed atop objects like rare books, furniture and carpets, to capture the escaping molecules that create a distinct smell. 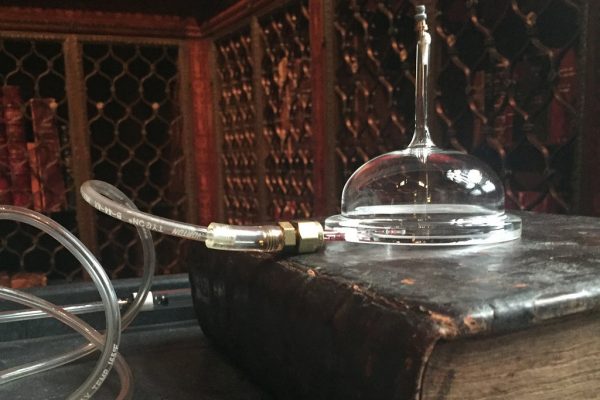 In February, the graduate class went spelunking with Ms. Nelson through the Madison Avenue private study of John Pierpont Morgan, the financier and collector who built the library in 1906. In his study he kept his treasure trove of rare books and art. “Under normal circumstances, we would have been kicked out of any museum if we were behaving the way we behaved: We were on all fours, putting our heads under Morgan’s desk, smelling his cigar box, the aromas inside his personal book vault, which were still very strong,” Mr. Otero-Pailos told the New York Times. Otero-Pailos has been exploring the role of smell in preservation for nearly a decade, and grew interested in the Morgan because of its rare books and manuscripts as well as it’s important role in the history of America. “It’s one of the places where the shape of the American economy was decided, through the power of Morgan,” he added. 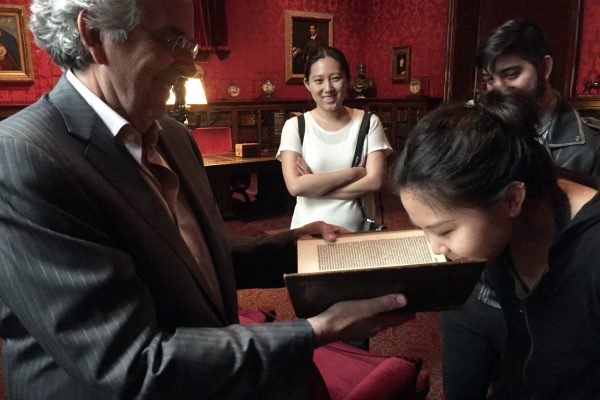 Over the next few months a Manhattan lab at International Flavor and Fragrances, a company that produces smells and tastes for everything from colognes to detergents and candies, will take the molecules that have been trapped in the glass-bell sampler and categorize them to determine which constitute the smell profile of objects and surfaces from the Morgan. Carlos Benaim, a master perfumer, told the Times that it’s a lengthy process that will take “several months of in-depth work, especially for this many objects.” 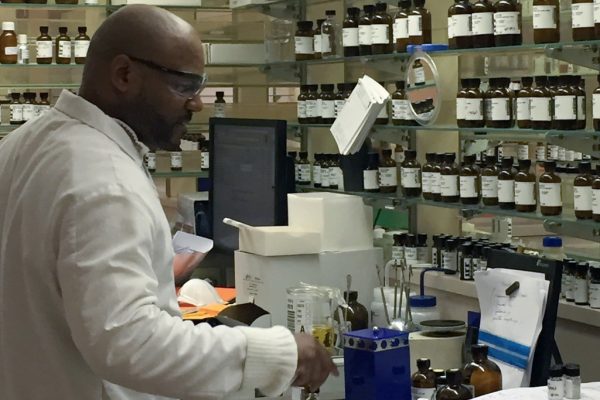 The project may one day end up recreating historic smells as a way to help visitors experience the library in a different way, possibly through a sensory gallery or an olfactory exhibition. “When we started this, we didn’t really know where this would go, and we still don’t, quite; it’s still an experiment,” Ms. Nelson said. The end goal is not to create an “old book smell” perfume; it’s to trigger memory and give life to an experience that would otherwise be forgotten. It’s a search for meaning—be it historical or cultural.

What memories does the scent of an old book bring to mind for you?