I’ll never forget the day that I learned my son had Autism Spectrum Disorder. We’d run the gamut on all sorts of testing for him. He was nearly three years old and still not talking – not real words anyway, mostly babbles. When we were out, and the lights were too bright or the crowds were too big, he’d clamp both hands over his ears and rock back and forth, a pained expression on his face. If we had to be out for extended periods, he’d go into rages, screaming, kicking, and banging his head on things. If we didn’t have a tight grip on his hand he’d run, with no particular destination in mind – he’d just go, leaving us in a state of panic, hoping, praying, that he wouldn’t get to a street before we caught up to him.

Some days were good. On those days, we’d find him playing alone in his room, watching the tires spin on his Hot Wheels as he pushed them across the room or jumping up and down as he watched something on TV. Some days, he’d give us big hugs and kisses, and rub our faces with his hands, as if making sure we were real, and not a figment of his imagination. But, those days were far a few between.

As we sat in front of the pediatric neurologist and heard the word Autism, we knew we were in for a long road. So I grabbed every book I could get my hands on and read up on what I could expect. I found that books were my best friend on this journey. I read and I blogged. (Check out my blog here.)

So, for World Autism Awareness Day, I’ve put together a list of 10 fantastic and informative books for you to read. Check them out below.

1. Born on a Blue Day: Inside the Extraordinary Mind of an Autistic Savant by Daniel Tammet

Born on a Blue Day takes you into the remarkable mind of Daniel Tammet, author of Thinking in Numbers. Tammet is Autistic Savant capable of astonishing mathematic feats and near-eidetic memory. He sees numbers in colors, textures, and shapes and has memorized Pi to over 22,000 digits. In Born on a Blue Day, Tammet shows his readers what it’s like to be “special” and explores what makes us all human – our minds. 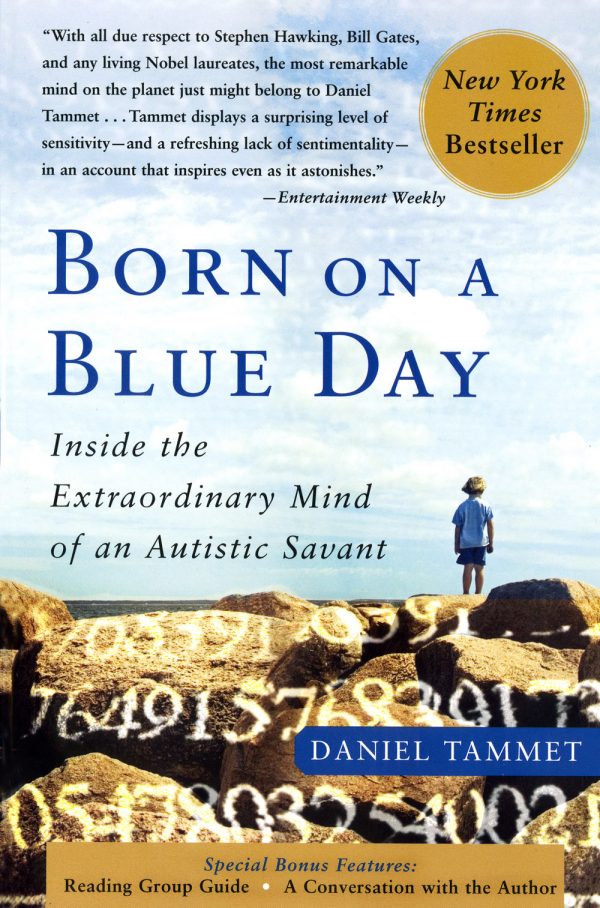 2. Songs of the Gorilla Nation by Dawn Prince-Hughes

Songs of the Gorilla Nation is a stirring memoir about one woman’s undiagnosed Autism and struggles with social interaction. When Hughes entered the Seattle Zoo, she immediately felt a connection to the Gorillas. Through observation and work with gorillas, she eventually overcame her self-induced isolation and learned to connect with people in a way she had never before. This book is truly a testament to the power of human emotion and self-discovery. 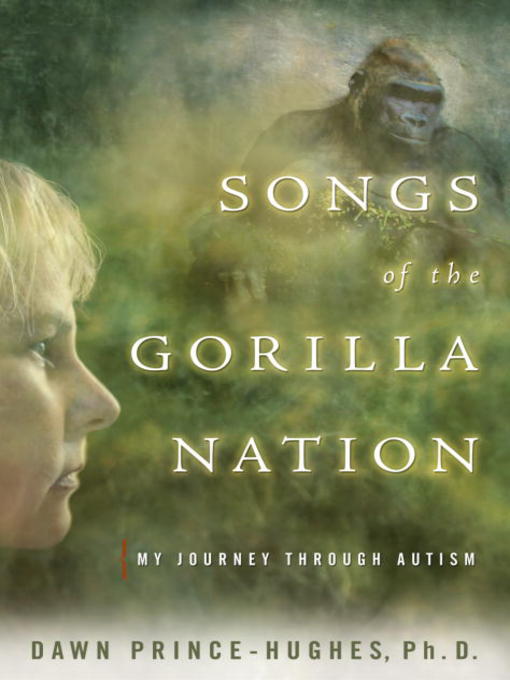 3. NeuroTribes: The Legacy of Autism and the Future of Neurodiversity by Steve Silberman

WIRED reporter Steve Silberman takes an in-depth look at Autism from its discovery to today’s rising epidemic. He unearths the history of autism and exposes fifty years of suppressed ASD knowledge as well as “dark social-engineering experiments.” He also provides solutions for ASD families so that those affected can have access to resources and offers a plan for society to become more humane to people who are “cognitively different.” 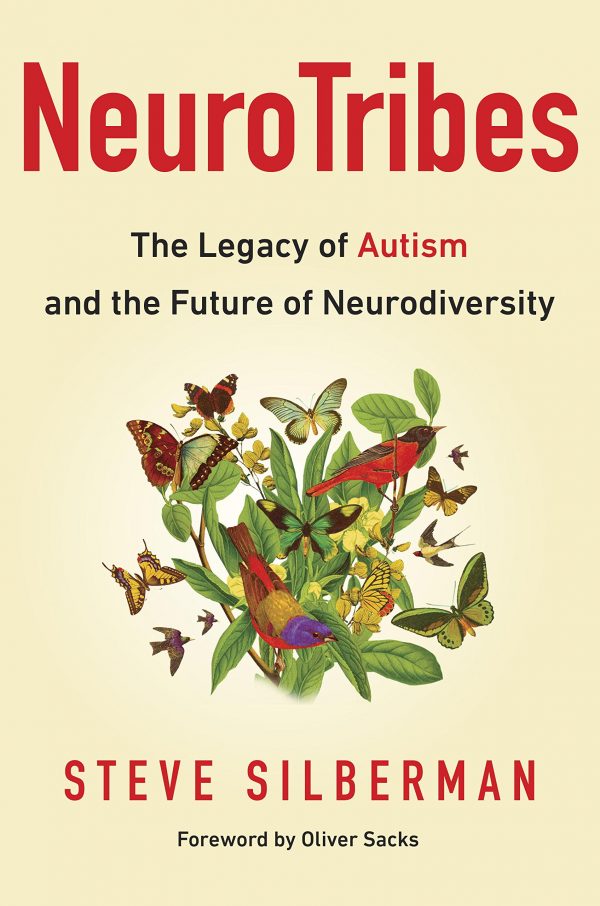 4. Let Me Hear Your Voice by Catherine Maurice

This book was published in 1994, before the words “Autism Awareness” became a hot topic, and its prevalence was about 1 in 128 (today that number hovers around 1 in 68). However, it is still a powerful account of one mother’s triumph over Autism and the journey through “miracle cures” and accusations that her child’s autism was her fault, before conquering many ASD hurdles through intensive behavioral therapy. 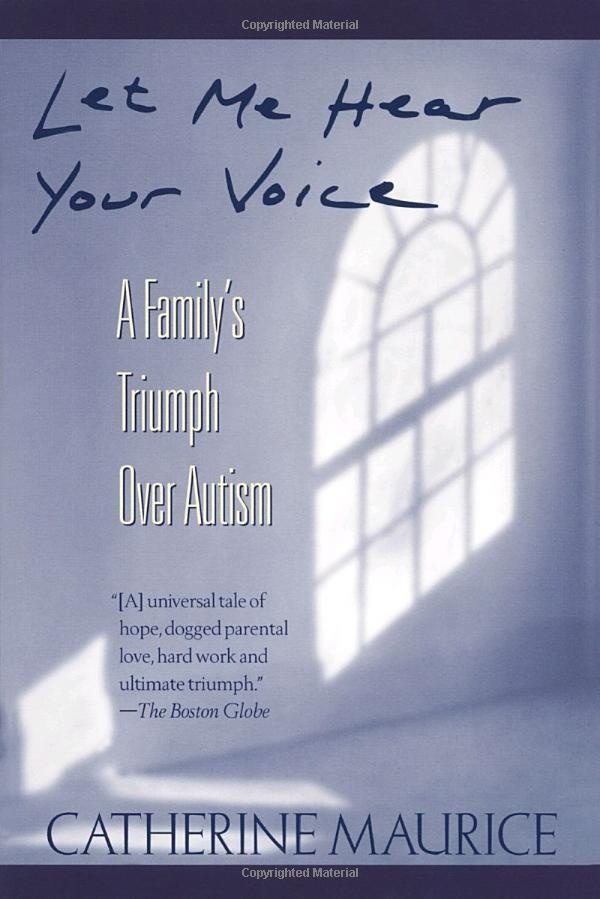 What would an Autism book list be without a Temple Grandin book? Emergence is the first-hand account of Grandin, who overcame isolation and fear during childhood and cured herself, becoming an incredibly successful designer of livestock equipment. 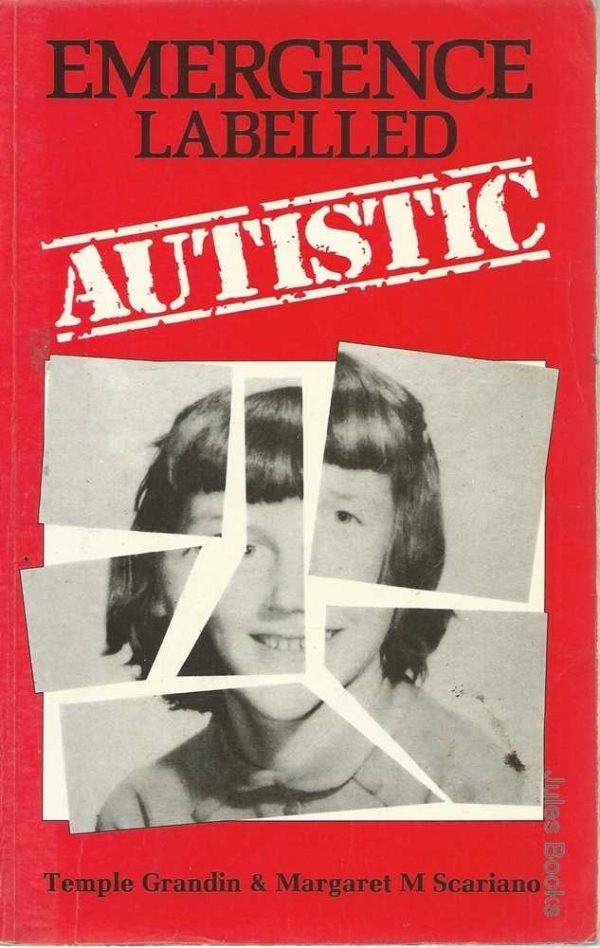 6. The Curious Incident of the Dog in the Night-Time by Mark Haddon

This YA cozy mystery is a story about Christopher, an autistic savant who sets out to uncover the suspicious circumstances surrounding the death of a neighborhood dog. This captivating comedy is an international best-seller and has its own broadway show. 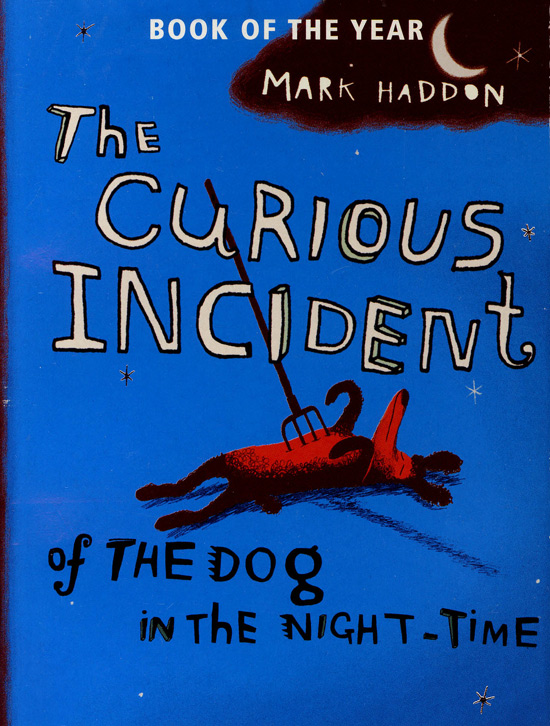 Best-selling author Lisa Genova takes us inside the mind of a non-verbal autistic boy who hates pronouns and loves swinging and the number three in Love Anthony. This story shows the inner-workings of the Autistic mind through Anthony- how he experiences love, joy, and routine and how he teaches two women the power of friendship and unconditional love. 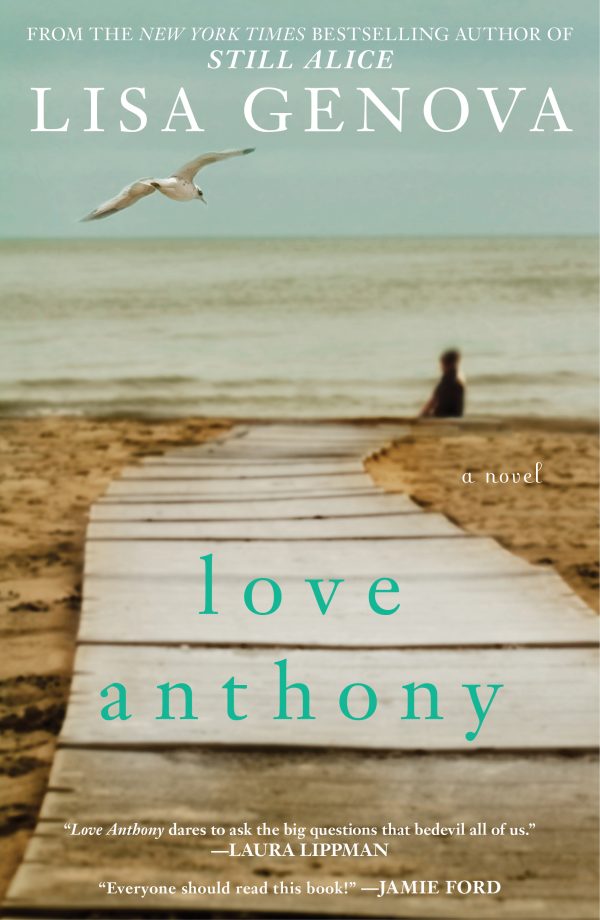 8. Speed of Dark by Elizabeth Moon

Speed of Dark is a near-future sci-fi about a world in which medical science has eradicated genetic defects at birth or infancy. Lou Arrendale, a high-functioning autistic, was born before these advancements were made but lives an independent life as a process analyst. When an “experimental cure” for his Autism is offered, with promises of living a completely normal life, will he choose to remain as he is or take the cure? 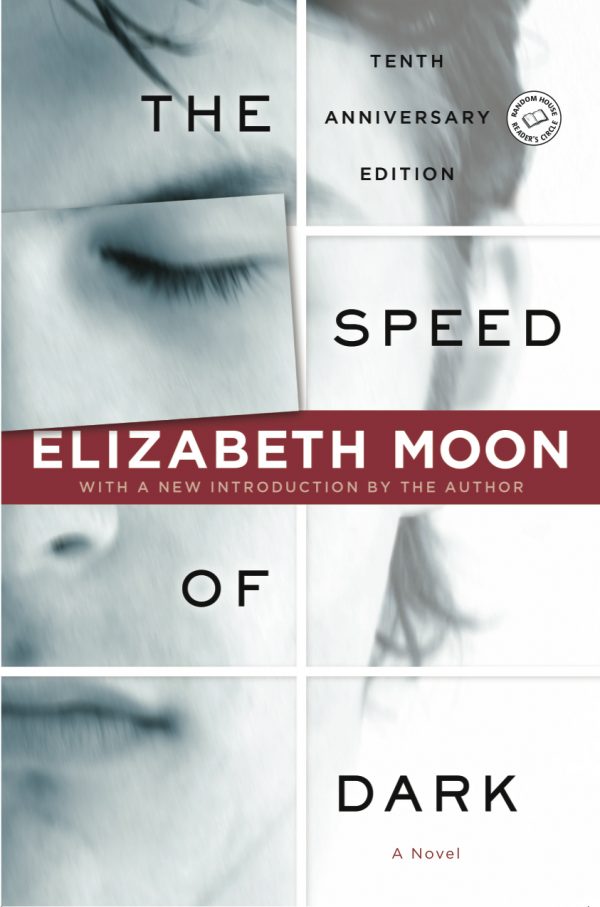 9. Anything But Typical by Nora Raleigh Baskin

Anything But Typical is the story of a young boy desperate for a friend. When he meets a girl online, there’s suddenly hope that he could have his first real friend, as she seems to understand him. But he still struggles with the idea of meeting in real life, worried that she’ll only see his Autism. Anything But Typical poignantly deals with an autistic boy’s struggles to fit in a neurotypical world. 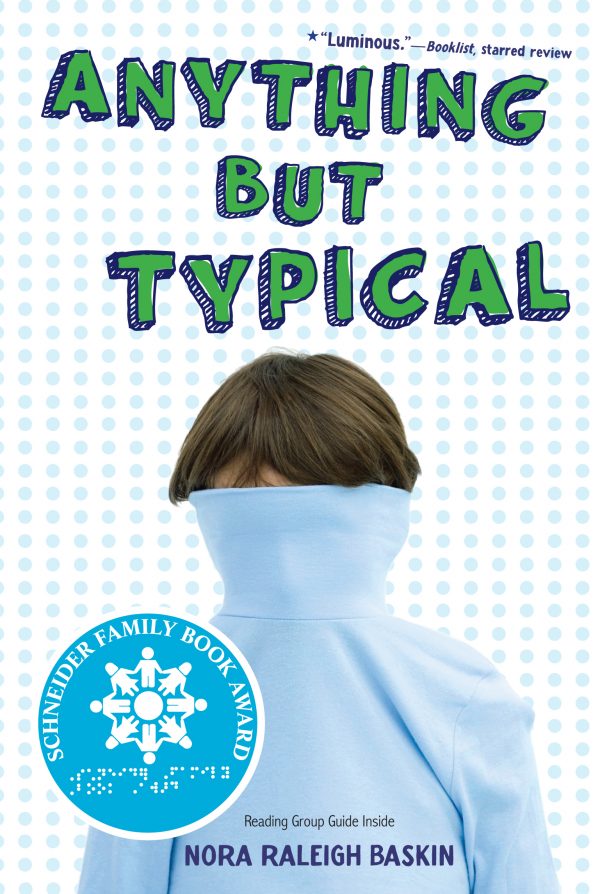 Piccoult delivers another New York Times best-seller with House Rules, a story about Jacob Hunt, a teenage boy with Asperger’s. He finds a particular fascination in forensic analysis and often shows up at crime scenes, telling the cops what to do, with surprising accuracy. When he shows up to the scene of a terrible murder he becomes a suspect. His social ineptitude makes him appear guilty, and suddenly, the whole Hunt family is under the town’s scrutiny.
The book addresses the harsh realities of misunderstanding and intolerance that many Asperger families face on a daily basis. 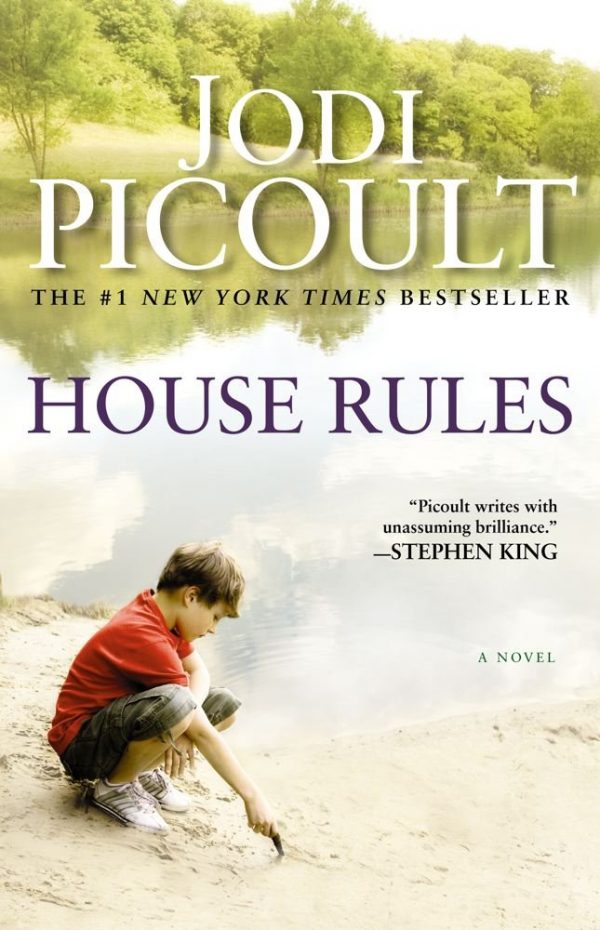 Which of these amazing books about Autism will you read? Don’t forget to Light It Up Blue on April 2 for World Autism Awareness Day!