The North Pole is definitely shaking things up.

Daniel Kibblesmith, a staff writer for The Late Show with Stephen Colbert, has written a new children’s book called Santa’s Husband in which Santa Claus is a gay black man whose white husband often fills in for him at malls.

Kibblesmith started work on this parody picture book after tweeting in December that his future child would only know about Black Santa. “If they see a white one, we’ll say ‘That’s his husband,’” Kibblesmith wrote. The original concept art for Kibblesmith’s book, pictured above, shows Santa and his husband staring dreamily into each other’s eyes. 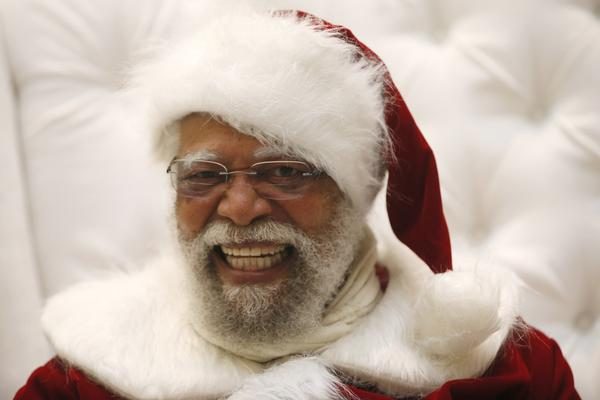 What do you think of Santa’s Husband? Share your thoughts below!