In his early 20s, Paul Kalanithi faced a life-changing choice between a career in writing or in medicine. With degrees in English literature, philosophy and human biology, a question haunted him, “Where did biology, morality, literature, and philosophy intersect?” It was one of his literary heroes, Walt Whitman, who gave him the push towards medicine: Whitman believed only the physician could truly understand “the Physiological-Spiritual Man.”

Fast forward 15 years and Kalanithi is on the cusp of a brilliant career as a neurosurgeon/scientist. But problems cloud his personal horizon: he and wife Lucy, also a doctor, are dealing with issues in their marriage, and years of hard work have taken a physical toll he can no longer ignore. Suddenly he is facing another life-changing event, but this time, choice isn’t an option. Kalanithi is diagnosed with lung cancer.

In his short memoir, When Breath Becomes Air, Paul Kalanithi tells how the life he had mapped out evaporated into thin air, “At age thirty-six, I had reached the mountaintop: I could see the Promised Land, from Gilead to Jericho to the Mediterranean Sea. I could see a nice catamaran on that sea that Lucy, our hypothetical children, and I would take out on weekends… I could see myself finally becoming the husband I’d promised to be.” 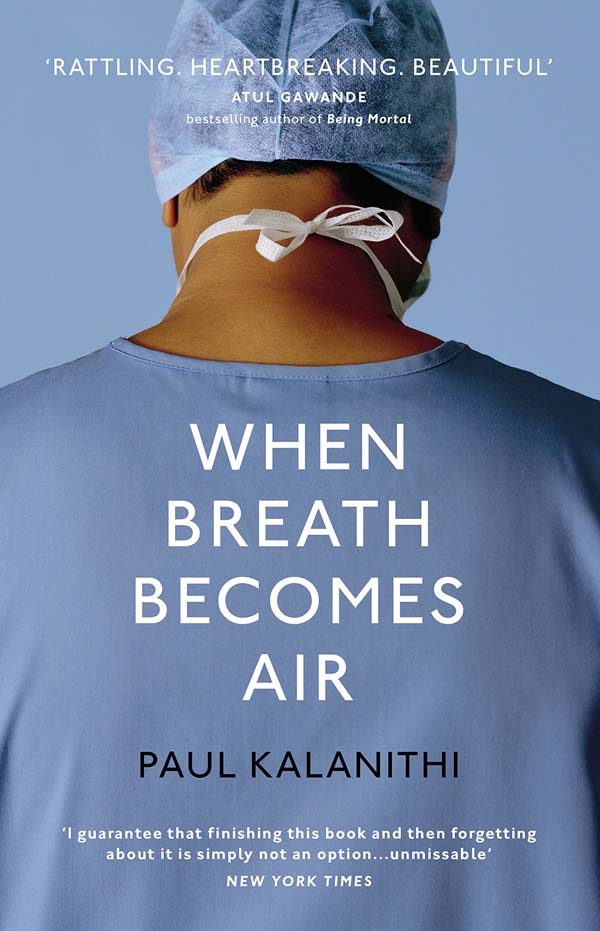 The title is taken from the first lines of Baron Brooke Fulke Greville’s  poem, Caelica 83:

You that seek what life is in death,/Now find it air that once was breath.

The book begins with the diagnosis and tracks backwards across his years of becoming, his preoccupations, hopes and dreams. We are at his side as Kalanithi looks to statistics to predict a prognosis only to discover his relationship with statistics changes when he becomes one.

Kalanithi guides us, with grace and wit, through every twist and turn in his treatment. In the beginning, it’s a ‘two-steps forward, one-step back’ dance; for a time, he resumes his career. Then the dance becomes one-step forward and two-steps back.

Later he writes, “Death may be a one-time event, but living with a terminal illness is a process… The truth that you live one day at a time didn’t help: What was I supposed to do with that day?” 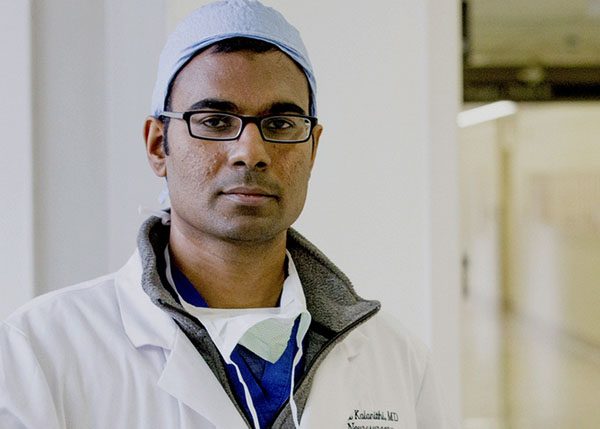 Kalanithi never stops asking questions, never stops searching for the intersection between “biology, morality, literature, and philosophy.” At its heart, When Breath Becomes Air, offers insight into how to live in the face of death from the unique perspective of a doctor/patient who is also an accomplished writer. It struck me as both sad and wonderful that Kalanithi fulfilled his potential in medicine and in literature.

He was also a loving and much-loved colleague, friend, brother, son, husband, and for a few shining months, father. As he writes towards the end, in a heartbreaking message to his baby daughter, “Words have a longevity I do not.” Paul Kalanithi’s beautiful memoir is a gift to us all.

After reading When Breath Becomes Air, you may be inspired to read more books in this genre. Here are three I recommend: