To recap: After taking for granted she would be part of the spring musical and failing miserably at her audition, Ava signs up for stage crew with the alternate goal of ‘de-freakify’ the stage crew kids.

Mind you, these are people who joke around without a care in the world, while she is the girl who is living a secret, completely unnecessary double life. So, she is the last person who should be judging other people. This is chapter six of Pink, by Lili Wilkinson.

When Ava mentions she signed up for stage crew, Alexis is one step away from gasping dramatically and fainting.

‘We-ell,’ said Alexis reluctantly, ‘I suppose they are smart. But they spend all their time exchanging stupid random pieces of trivia. They don’t have any goals or life strategies.’

I wasn’t sure if I had any goals or life strategies. Not beyond getting into Billy Hughes and dating a boy.”

*sigh* Ava, why do you insist on making my eye twitch so much? Why?

She walks into the stage crew classroom, and finally starts a conversation with the five people who look very confused, but warmly welcome her anyway. Jules is well-dressed and gay, Jen is lovably geeky girl with braces, Jacob is fat and has rather curly hair, Sam is a reserved redhead lad, and Kobe is quiet and Asian. I already like these guys better than Ava.

Dennis, the stage crew teacher, walks in and Ava learns only the boys (Kobe, Jacob, Sam, and Jules) are in charge of handling the power tools. Of course, Ava jumps right in and mentally accuses Dennis of being outrageously sexist, then throws a silent tantrum.

For the love of– okay, this is a perfect example of why Ava is driving me insane. The stage crew kids are being completely friendly, and this is her train of thought,

“The others chatted amicably about school and teachers, but I was far too busy sulking to really listen. Anyway, I wasn’t there to make new friends. I had plenty of friends already. Nice friends. Who dressed well and took some pride in personal grooming. I was just here so I could hang out with Alexis and Ethan and the others at lunchtime.”

For the fifteenth time, woman, you have a girlfriend! Are we still overlooking the fact that she is eagerly making step-by-step plans to cheat on her girlfriend with a dude?

There was a pause. Kobe put down his hammer. Jacob scratched his head. Sam looked at me. He looked disappointed. I felt terrible, like I’d really let them down.”

If Ava does not care about making friends or trying to look good for ‘freaks’, why does she care about disappointing them–wait a moment. AHA!

New theory on Ava, ladies and gents; she isn’t all terrible, she’s just the type of person who thinks it is easier to pretend like you don’t care, like you’re not even trying to fit in, because if you do openly try, there’s a always a looming chance for equally open rejection and embarrassment.

After all, if the ‘freaks’ reject you, exactly where does that leave you in the social food chain?

Class is over, and Ava texts Alexis to find out where to meet her for lunch. Alexis responds quickly, saying rehearsal time has been extended, which leaves Ava wondering if she should accompany the stage crew group for a while longer.

“I swallowed, feeling generally embarrassed and stupid. Jen turned as she walked outside into the sunshine. ‘Are you coming?’ she said with a smile. I smiled back. ‘Er,’ I said, ‘I’ve got some stuff to do.’

I didn’t really want to hang out with the stage crew freaks. I mean, they were kind of interesting, but also gross and childish.”

See, I’m not even that annoyed anymore. If anything, I feel rather sorry for Ava. She really doesn’t know the first thing about social interactions. Heck, she makes me look like a social guru, and my technique for parties is to stand by the food table and pretend I did not just shove 17 chocolate chip cookies in my mouth.

Anyhow, Jen still encourages Ava to join them at a fish and chip shop once she is done with her ‘stuff.’ Ava, on the other hand, goes into the auditorium to get a glimpse of the play rehearsal. End of chapter. Interesting.

This was actually a rather enlightening experience. It confirmed my earlier theory about Ava being a byproduct of crappy parenting. Yes, her parents love her and they raised her the way they would’ve liked to be raised, but that’s exactly the problem. Once you have a child, it is no longer about you, but rather (should be) about them.

Ava’s parents tried to make her an extension of themselves instead of just letting the kid like pink, or have her own preferences and opinions. As a result, Ava tries so desperately to earn the approval of every person she meets, wrongly assuming her self-worth is linked to what others think of her, and she hides all her insecurities by pretending she could not care less.

She could learn to like the stage crew group, if she only gave herself a chance. There is nothing wrong about wanting to join a would-you-rather competition with them while still being friends with Alexis. If anything, kudos to Alexis for not being the stereotypical Mean Girls YA character and maintaining her friendship with Ava even after the latter was the temporary laughingstock of Billy Hughes.

These characters are realistic enough for me to be curious as to how the plot will develop. I still believe Ava is going to spread herself too thin and eventually all her secrets will backfire in epic proportions, but I wonder how she will get from point A to point B, and what will happen in that train wreck. Stay tuned for chapter seven. 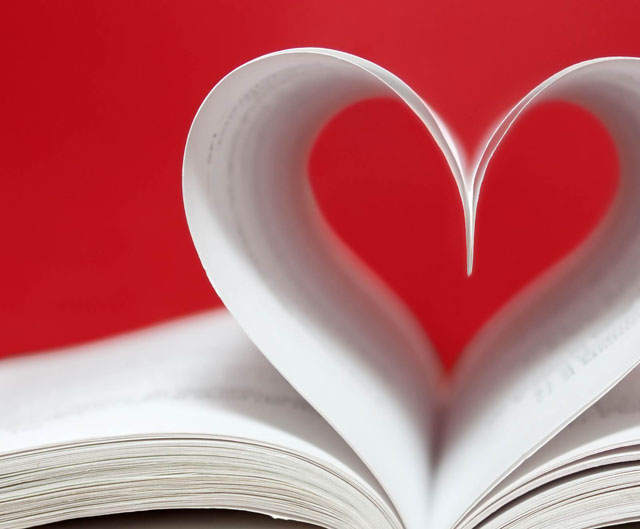