“Meet Donald Trump. Donald Trump is a famous entrepreneur. He is also a television personality. In 2015, Trump surprised many people when he decided to run for president. In November 2016, he won the election. Donald Trump became the 45th president of the United States” (President Donald Trump).

That’s it. The whole story. No p*ssy talk, no Russian bro-mancing, no immigration, no disabled reporters, no hint of lawsuits or corruption. Because President Donald Trump is a children’s book, aimed at first and second graders. It isn’t supposed to delve into the salacious details or discuss the warring political, social, economic, and philosophical beliefs surrounding Trump’s presidency. 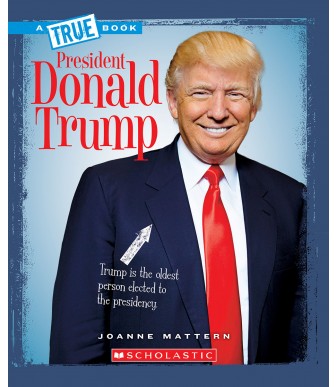 To adults, however, the pithiness of books like Joanne Mattern’s President Donald Trump is more horrifying than anything else: “On June 16, 2016, Trump announced he was running for president. He was an unusual choice because he had no experience in politics . . . Trump ran against Hillary Clinton. She had a lot more experience in politics . . . The race was close, but Trump won. Many people were happy. Donald Trump inspired his supporters to try something new. He promised them a better future. Millions of Americans are counting on him to help improve their lives.”

It’s difficult to argue with the bare facts that Mattern lays out, but describing Trump in this way is rather like saying, “Hitler was a powerful leader. He promised to lead the German people out of their economic depression. He particularly wanted to help Aryan citizens. Many people were happy with his leadership style.” 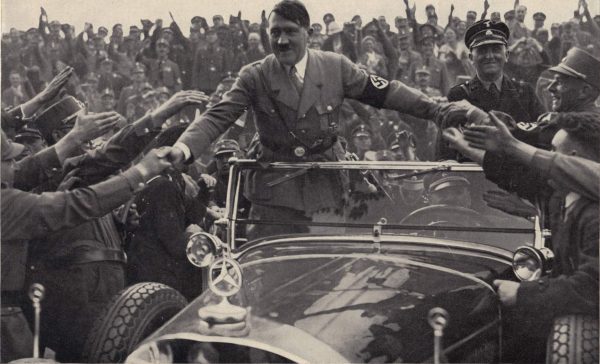 At some point, sticking to the bare facts starts to sound like lies. And it’s definitely not okay that these are the explanations given in what are supposed to be educational children’s books.

Of course, some authors do attempt to get in a little more detail. Jill C. Wheeler, author of a fourth grade-level book called Donald Trump, isn’t so afraid of offending the new president. She notes that Trump “made many voters uneasy” during his campaign and was “full of hostility.” She also makes a point of highlighting important vocabulary words, like “Real Estate” and “Electoral College.” “Immigration” is also a key vocab word, used in reference to two out of three of Trump’s wives, his mother, and the millions of people he would like to bar from the country. 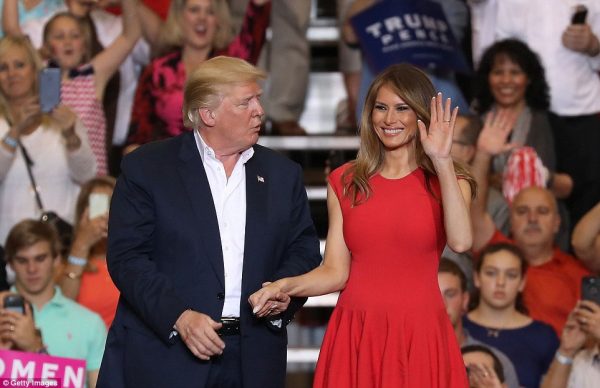 Of course, the most disturbing fact is that such books only cover the election–who knows how Trump’s presidency will be discussed in future children’s books and textbooks!

Of course, compression isn’t always a bad thing. This soundbite from Harper’s is one of the best things I’ve seen in months:

“Donald Trump, a real estate developer endorsed by the KKK, was elected president of the United States . . . In Orlando, a bald eagle flew into a sewer and died.”

Featured image via The Resurgent