The Oxford comma, a constant source of contention in the grammar-nerd community, recently played an integral role in deciding a court case in Maine, CNN reports. A group of Oakhurst Dairy drivers suing for overtime pay won their case thanks to the absence of an Oxford comma in Maine’s overtime rules.

Oxford commas are placed before a conjunction in lists of three or more items.

According to WCVB, “Maine’s overtime law excludes people who work with certain food products. It states the law does not apply to employees who are involved in ‘The canning, processing, preserving, freezing, drying, marketing, storing, packing for shipment or distribution of: (1) Agriculture produce; (2) meat and fish products; and (3) perishable foods.'”

Oakhurst Dairy argued that the wording of the law separated “distribution of” and “packaging for shipment,” and therefore they did not need to pay overtime to their delivery drivers. 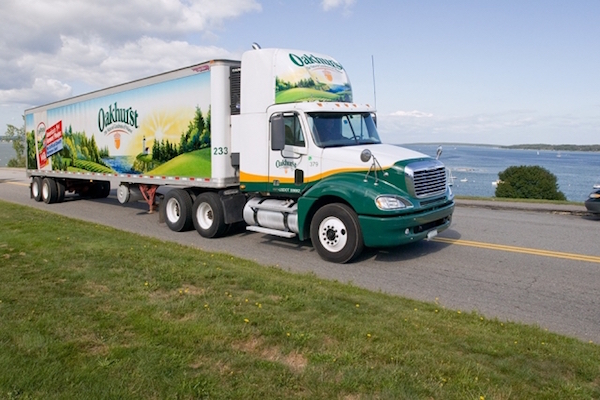 The First Circuit Court of Appeals ruled that the lack of Oxford comma made the law’s meaning unclear. The ruling read, “Each party recognizes that, by its bare terms, Exemption Fraises questions as to its scope, largely due to the fact that no comma precedes the words ‘or distribution.'”

The ruling went on, “Specifically, if that [list of exemptions] used a serial comma to mark off the last of the activities that it lists, then the exemption would clearly encompass an activity that the drivers perform.”

Interestingly, Maine’s guidelines about how law documents should be written include that Oxford commas aren’t necessary.