Netflix has a great documentary about the life of famous playwright William Shakespeare called Shakespeare: The Legacy.

You can see the beautiful scenery of the town in England that Shakespeare was from, Stratford-upon-Avon. He grew up there and raised a family there. 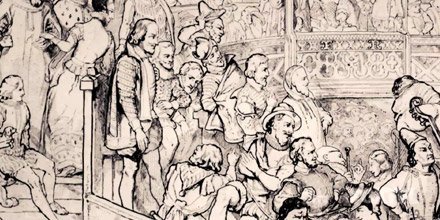 Narrator John Nettles takes you through the life of this famous figure. Shakespeare’s beautiful words live on today through movies and various performances of his works.

Many of his plays, such as Julius Caesar, really shaped the way we view historical events. When we hear the story of Brutus betraying Caesar, we all think of the line “Et tu Brute.”

Not only did he pen these great plays, but he also contributed many new words to the English language. He invented over 1700 words in his various plays.

Many of his plays have been made into movies over the last few decades. Many actors have gotten their start in Shakespearean plays and movies. Many famous directors have brought Shakespeare’s work to new generations with their renditions of the plays.

If you are a fan, and you have Netflix, you should for sure check out this documentary. Enjoy!