We left our protagonist hiding from her girlfriend inside a public restroom. Apparently, that is what happens when one leads a double-life for no reason whatsoever: unnecessary complications ensue. Will things get easier? Probably not. This is Pink, by Lili Wilkinson.

After her restroom escapade, Ava returned home and practiced her singing skills with Celine Dion’s All By Myself. Her plan is to show up at the musical audition, dazzle the director, earn a spot in the play, and live happily ever after the rest of the semester. As we know by now, Ava’s expectations are definitely not a stretch from reality at all.

As to immediately prove my point, Ava is surprised when she realizes the auditions aren’t private nor in a cozy room with a friendly director, but rather a full-blown American Idol type of thing with a mean, mean director:

“The auditions were in the school auditorium. It was enormous, and as far as I could tell, every single kid from Billy Hughes was there, as well as every teacher. The director seemed to have escaped from some kind of army base. He looked like he’d much rather be somewhere else.”

Hm. Who could this remind me of?

The tension rises as Alexis and Ava listen to Mr. Henderson (the director) scream insults at the members who did not do so well with their singing. Ava is not exactly nervous, as she has a tendency to heavily overestimate her own skills, at least until something backfires right on her face and she learns humility the harsh way. For instance, here she simply assumes that she is already a better singer than Alexis despite of never hearing her before–

I wondered what she’d [Alexis] do if she didn’t get the part. What would she do if I got her part? Would we still be friends? Would Alexis hate me forever? Maybe I shouldn’t audition, just in case.”

On another note, do you remember the fellow Ava was going to be set up with? As it turns out, he’s also auditioning, and Ava is immediately attracted to him after a single glance. Mind you, she still has a girlfriend.

After Ethan’s audition, Alexis steps forth and showcases serious talent for the role she intends to get. Instead of being jealous, Ava is genuinely proud of her friend, which is actually very nice of her. Right after, it is finally Ava’s turn to sing. Oh, dear.

“I threw my head back and let fly. I was totally in the moment, singing it just like Celine did, rolling my head around like professional singers do and rocking back and forth with passion.

As I hit the highest ‘anymore,’ I realized the piano had stopped playing. Was everyone in awe of my singing? Was the pianist weeping into the keys? I ran out of breath in the middle of the note, and stopped. There was a long silence. Surely it was an appreciative silence? It wasn’t.”

Mr. Henderson chews her out in a rather cruel way, even when she pleads for a second chance. Embarrassed and on the verge of tears, Ava tries to rush off of the stage, only to flop right on her face as she trips on the stairs. Alexis rushes to help her out, but Ava bolts out of the auditorium, hating Alexis for effortlessly having the life she always wanted.

Once she’s behind the gym, Ava spots the group Alexis previously labeled as ‘stage crew freaks.’ These guys are happy as clams, playing hacky sack, and laughing at themselves. Just a thought: maybe Ava should learn something from them.

At that moment, she realizes that even though every member in the group is technically a social outcast, they are all are far happier and carefree than she has been in years. Here, she makes a good point:

“I suddenly felt exhausted from trying to be a Billy Hughes girl. Should being yourself really be this tiring?”

Nope, Ava. Being yourself should not be that tiring, and that is because you are trying to be someone else. Regaining her composure, she impulsively decides to sign up for stage crew, as she’d still be a part of the play without necessarily being in the play. That’s seems like a good idea– oh, for the love of everything:

“Maybe I’d be a good influence on the freaks. De-freakify them a little. I knew Alexis would disapprove, but what choice did I have? And I had to admit there was a part of me that was kind of fascinated by the stage crew freaks.”

Ava, honey, in case you haven’t noticed: 1. you are standing alone behind a gym, 2. you just destroyed one of Celine Dion’s songs, and 3. right after destroying the song, you landed face-first on the auditorium’s floor. You are in the last possible place to try to ‘fix’ other people who definitely do not need fixing.

Charmingly enough, the chapter ends with Ava racing back to the auditorium, determined to sign her name on the stage crew sheet. Talk about joining for all the wrong reasons. Will the stage crew members accept her as easily as she thinks they will? Or will they tackle Ava off her throne of self-righteousness? To be continued.

To check out the previous chapters: 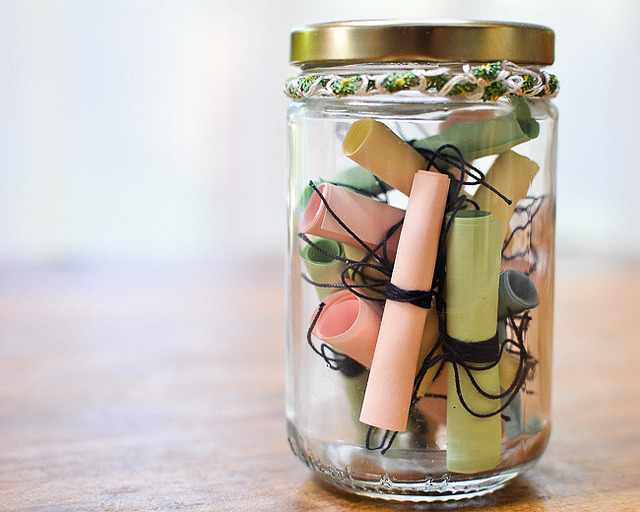