In Bogotà, Colombia, José Alberto Gutiérrez has been a savior of discarded books for nearly 20 years. Known as “Lord of the Books,” Gutiérrez, who works as a garbage collector, made it his mission to rescue books that had been thrown away, creating a library in his home for children without access to books of their own. 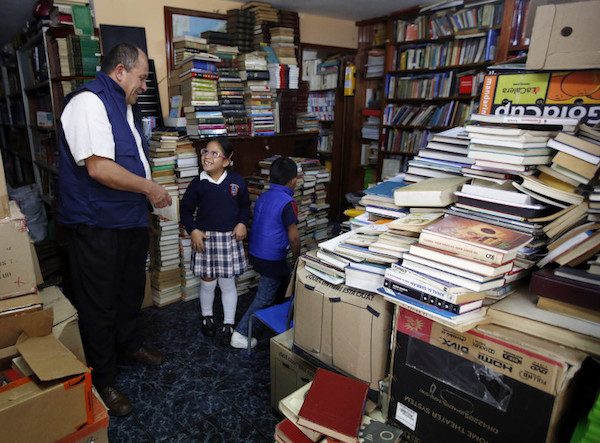 According to the Associated Press, “Gutiérrez started rescuing books from the trash almost 20 years ago, when he was driving a garbage truck at night through the capital’s wealthier neighborhoods. The discarded reading material slowly piled up, and now the ground floor of his small house is a makeshift community library stacked from floor to ceiling with some 20,000 books, ranging from chemistry textbooks to children’s classics.”

Bogotà is home to 19 public libraries, but many are located too far from low-income areas for those residents to have regular access to books. Gutiérrez has single-handedly helped to change that; over the years, the Lord of the Books has become so famous that he’s actually had to send book donations to other locations for lack of room in his home. 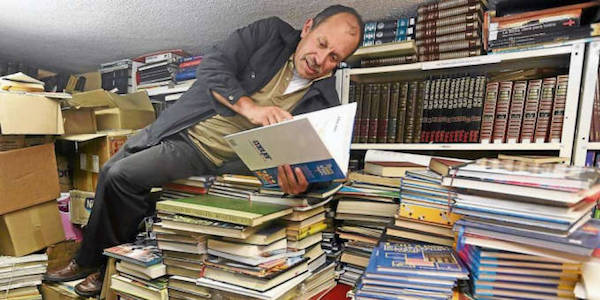 53-year-old Gutiérrez himself has a limited education, but his mother read books to him every night after she could no longer afford to send him to school. He told the AP of his library, “This should be in all neighborhoods, on each corner of every neighborhood, in all the towns, in all departments, and all the rural areas. Books are our salvation, and that is what Colombia needs.”

In a video for AJ+, Gutiérrez revealed that the first book he found was Leo Tolstoy’s Anna Karenina, “and that little book ignited the flame” for his project. Tolstoy is one of his favorite authors, along with Victor Hugo and Gabriel Garcia Marquez.

“There’s nothing more beautiful than having a book in your pocket, in your bag or inside your car,” he says.