Okay people. March is almost upon us, and you know what that means.

No, I’m not talking about the one month a year where psychiatric facilities find they are full to the brim. No, I’m talking about the college basketball phenomenon that all sportsfans go wild over! Come to think of it, though, some of them go so wild that they could easily be mistaken for Arkham Asylum escapees.

So what do book and basketball lovers read to pump themselves up for the upcoming hoopla of hoops? Don’t worry, my courtside comrades. I’ve got you covered.

1. The Ultimate Book About March Madness by Tom Hager

Having been a sports writer for several publications (including the San Jose Mercury News, rushthecourt.net, and the Moscow-Pullman Daily News), Tom Hager has shared his passion for the sport of basketball with scores of others.

Hager’s book has something for every bball fan: a detailed look at the history of the tournament, recaps and highlights of the greatest 100 NCAA games, insight into how and why this amateur sport appeals to so many people year after year… everything. The structure is easy to follow as its chronological and contained in short chapters, and Hager doesn’t miss a detail as he tells of the wins, losses, emotion, drama, Cinderella surprises, and all other fervor-inducing details. Even for those who aren’t die-hard fans, the information as well as passion offered through these pages is enough to draw in the most skeptical of readers. 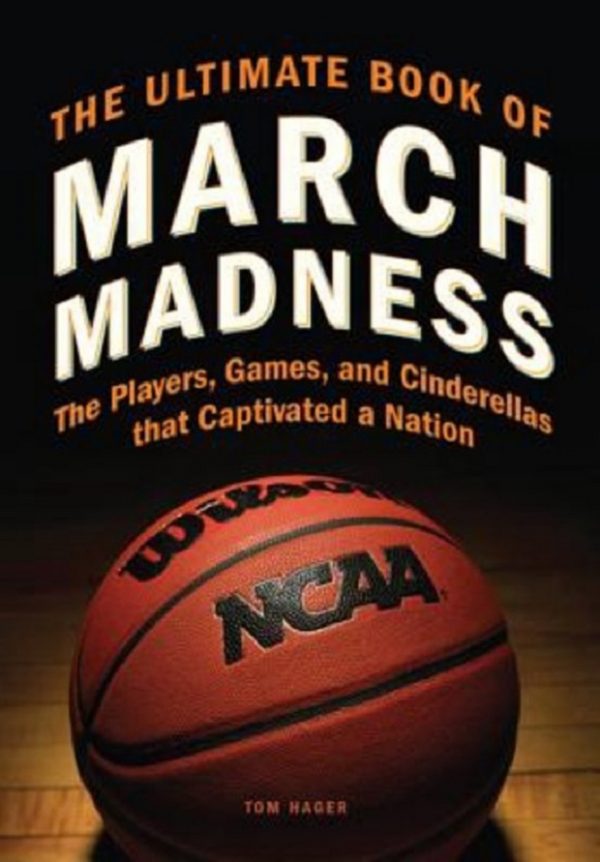 From his humble beginnings as a hot dog vendor at Chicago White Sox games, to his 25 year seat as the club’s vice chairman, to his induction into the National Collegiate Basketball Hall of Fame, Eddie Einhorn is a sports media legend. He even founded the TVS television network which allowed the nation to watch the Houston-UCLA basketball “game of the century” in 1968.

Drawing from interviews with coaches, players, media personalities, and his own experiences, the book tells of how college basketball went from a spectator-only sport, to being broadcast over radio, and eventually onto television screens in the homes of fans around the world. Published before his death in 2016, Einhorn’s book details how his vision for televising these basketball events promoted its popularity until the NCAA championships became the must-see event for sportsfans everywhere. Each book also comes with a DVD entitled “The Game That Changed College Basketball,” allowing you to watch that epic 1968 game of hoops for yourself! 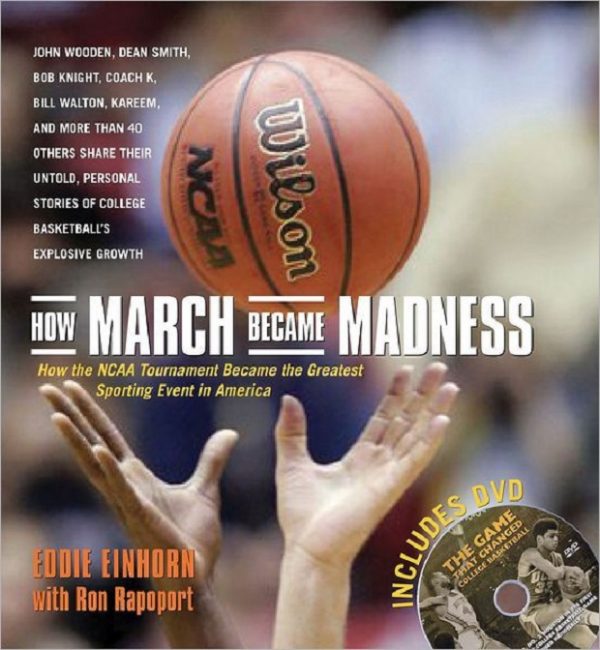 3. A March to Madness by John Feinstein

This is not Feinstein’s only foray into sports publishing; he’s authored 27 books for adults and 9 children’s books, with subject matter ranging from the rivalry between Army and Navy football teams to the assassination of the governor of Maryland (political fiction). He’s been described as the Stephen King of sports writing, which tells you just how passionate he is.

In a previous book, A Season on the Brink, the author chronicles the year he spent following the Indiana Hoosiers and coach Bob Knight. This time, though, each team and coach in the 1997 Atlantic Coast Conference gets attention, and readers come to understand the realities of coaching and playing college ball. School and team histories, individual coaches and the intensities of the job, and everyone’s endless fervor for the game is told with frankness and feeling. Although this book is nearly 20 years old, the names within are still relevant; Rick Barnes is still coaching, Laron Profit became a pro and then a coach, and Obinna Ekezie has played for the NBA as well as teams around the world. Feinstein’s words will have you feeling nostalgia as well as excitement for the future of the NCAA. 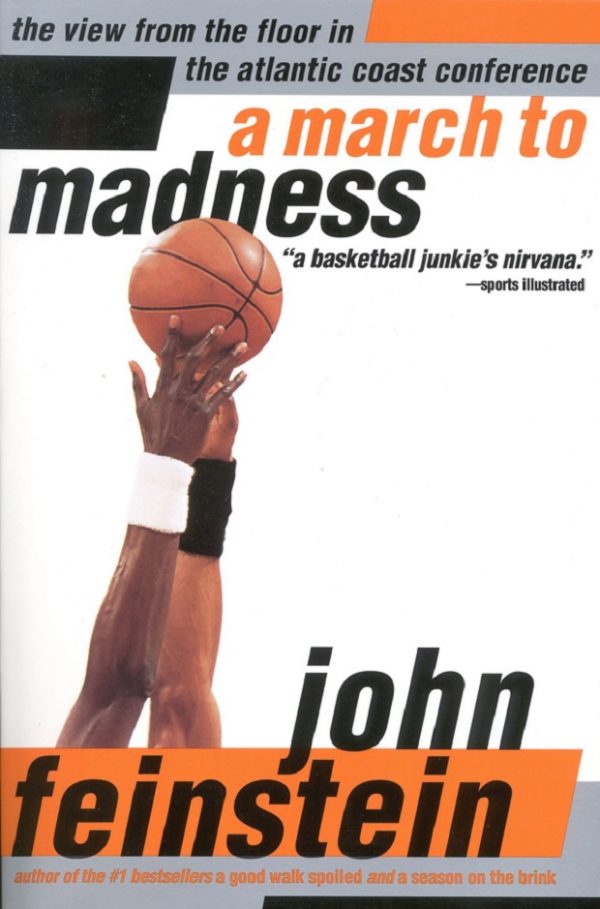 Seth Davis has written for Sports Illustrated magazine since 1995, is a studio analyst for CBS Sports, and now hosts his own show, The Seth Davis Show. This guy obviously knows his bench points from his bounce passes. And it seems he knows how to write!

The 1979 NCAA finals were tense, to put it mildly. With a final score of 75-64 for Michigan State, this was the game that established the longstanding rivalry between Earvin “Magic” Johnson and Larry Bird, continuing even through their years in the NBA. In this book, Davis uses his meticulous research, including nearly 100 personal interviews, to describe the forces that went into creating this legendary basketball game. He delves into the lives and minds of the two coaches, Jud Heathcote and Bill Hodges; he discusses the dichotomous backgrounds of the two star players, Johnson and Bird; and he describes the legendary Salt Lake City event that became the most-watched basketball game in television history. This game changed the identity of the players and the sport, and this book gives reverence to its legend. 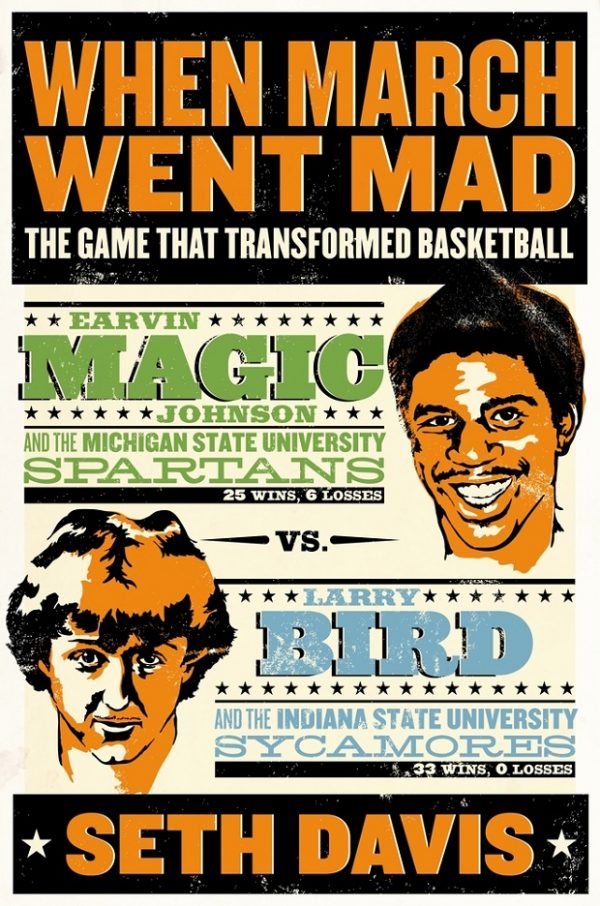 Every sportsfan knows that CBS is synonymous with college basketball. It’s no wonder, then, that the media giant teamed with editor Matt Fulks to curate basketball stories from the 50s through the 90s. With the help of some of the nation’s best sports journalists, of course.

This book reads like an oral history of the NCAA, as told by some of the greatest names in the sport. Kareem Abdul-Jabbar tells of the 1968 semifinal between UCLA and Houston, Greg Kelser recounts the epic 1979 Johnson vs. Bird battle, and Pat Sullivan explains the surprises and upsets experienced in the 1993 games (it was the closest that all the number one seeds had ever come to making it to the semifinals, as of the book’s publication date). All of the great moments over the sport’s most intense 40 years are in here, organized and offered up by Fulks, who is himself a sports great within the journalism world. 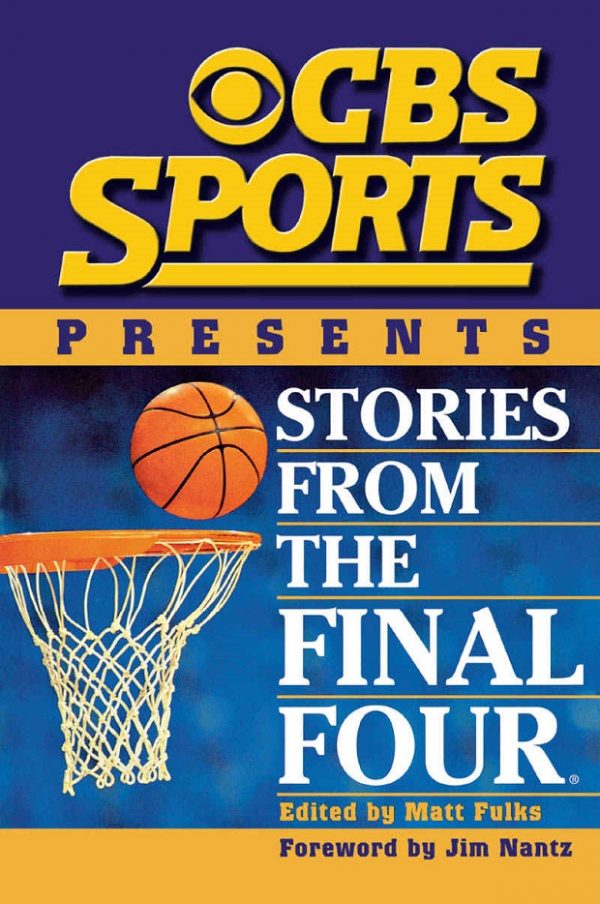 So, quit biting your nails and refreshing your computer screen as you wait for the matchups to be announced on March 12th. Instead, take a deep breath, chill out in your favorite recliner, open up one of these established position editions, and feel the excitement!